For a Sandwich That is All Tied Up: “Hold My Knots” 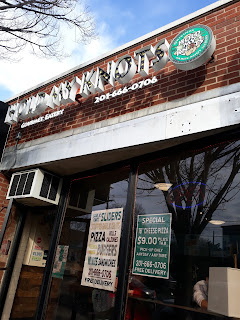 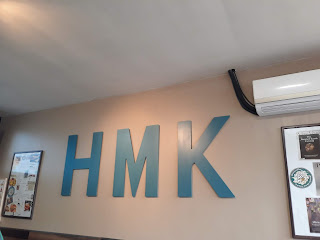 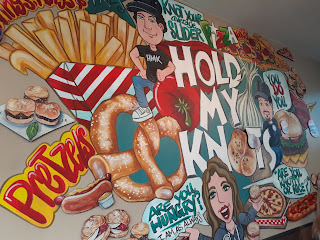 In full disclosure, before I stopped by Joe’s Rotisseria (see previous post) I began my day here; at “Hold My Knots” in nearby Hillsdale, New Jersey.

Of all of the appetizers you can get when ordering Italian food, garlic knots is one of my most favorite. I think rice balls come in second and mozzarella sticks comes in third. Just so you know. 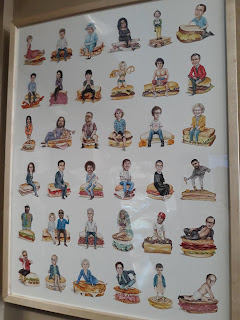 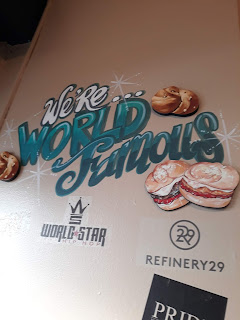 Garlic knots are the perfect combination of three simple but delicious ingredients, not unlike pizza itself. If the carbs, butter, and garlic are mixed in just the right amounts the result will be heavenly. The only way I think you can make this better to take the garlic knots and make sandwiches out of them. This is precisely what Hold My Knots has done and why I made a pilgrimage there.

Hold My Knots in currently located in a spot that is very sentimental for owner Shayna Minuto. Formerly known as “Big Daddy’s”; a restaurant that her father owned and operated. It was there back in 2011 where this new business venture was born. Ms. Minuto’s father, Joseph, created their first garlic knot slider (chicken parmesan) and the rest as they say is history.

Hold My Knots first opened in 2017 in the Gansevoort Market (https://bit.ly/2N7V39P), a place in NYC where you can still find some of the best food the city has to offer. It is a place I think about often and long to revisit.

This restaurant is relatively new, only in existence since March 2018, and is incredibly popular with all those in the know. After my first bite it was clear why. 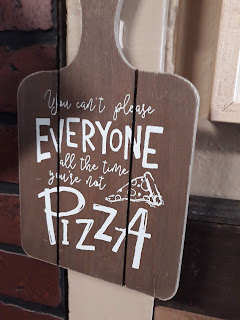 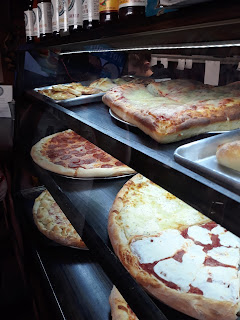 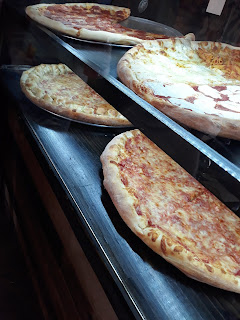 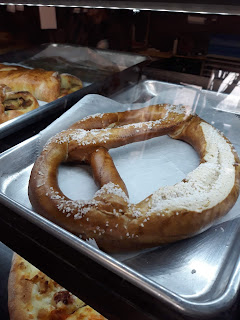 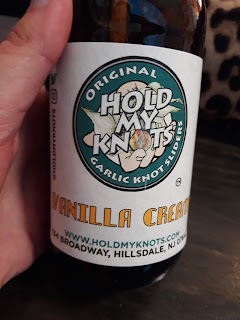 Though they offer many other food options like cheeseburgers, salads, and pizza, I passed all those right up. It might be the first time in my life where I was in proximity to pizza and wasn’t tempted to partake. The reason was two fold: I was here for the knots and also was about to visit Joe’s so I was saving pizza for my entree. 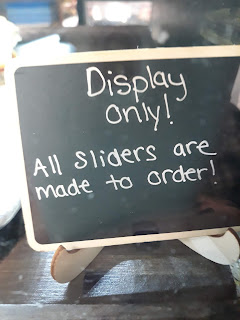 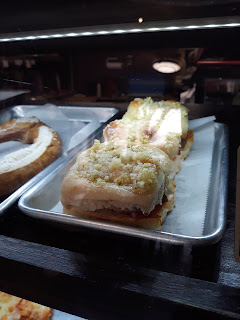 Here I tried three varieties of the knot brand:

The smell emanating from the food presented to me was so good I would wear it as perfume if I could. 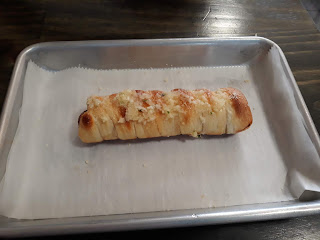 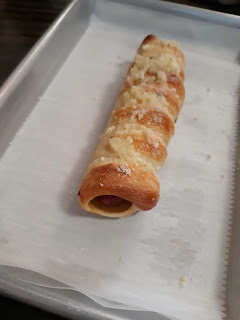 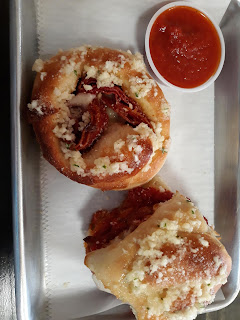 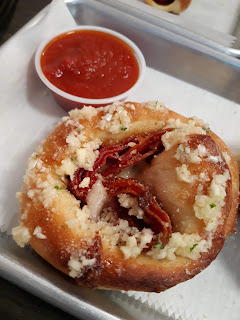 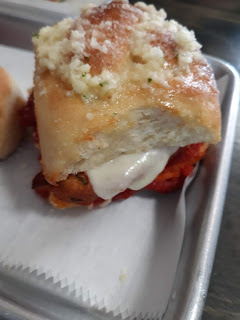 I hit the knot dog up first. It was good but as is common for corndogs and pigs in a blanket, I would have preferred the hot dog had been cooked much longer. I like a crispy dog and ones inside of pastry never have the char I am looking for. However, the garlic knot it was stuffed in, was of course perfection. I never expected anything less.

The pepperoni stuffed garlic knot was much like a pinwheel you would find in any pizzeria except that the dough was garlicky and buttery. A definite upgrade from those other standard versions.

By far, the front runner here was the chicken parm slider. I have always been a fan of sliders rather than their full size counterparts because they are lighter and easier to digest. I would rather eat three sliders than one large sandwich. Here, at Hold My Knots, that is also economical. You can get three slider sandwiches for $9.95. Had I not be going out for a pizza/calzone/garlic knot feast afterward, I would have certainly gotten three sliders for myself and been happy as can be.

This slider was packed with incredible flavor. Aside from the perfect garlic knot that held the sandwich together, the chicken parm was one of the best I ever had. The sauce was exact the right amount of acid and sweetness. The chicken cutlet was not too thick or thin and still had a decent amount of sturdiness to it despite being smothering in sauce and cheese. I could have eaten a tray of these!

There are over fifteen varieties of sliders and I hardly know how I would have chosen another two to taste. I think the cheesesteak would definitely have to be one. Although I don’t fathom that any would disappoint.

Though this restaurant is not anywhere near my home, I know I will have to squeeze another stop by sometime this spring or summer because they were just too good to accept the fact that they are out of my life forever.

Hold My Knots cater parties, so I might just have to host one and forget to send out any invites.