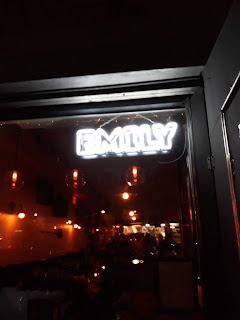 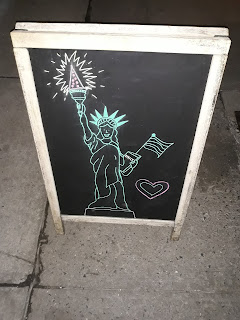 Back in December I paid a visit (on my birthday) to popular Williamsburg pizza spot “Emmy Squared” (https://bit.ly/2EpYMcK). That went so well I knew I would have to visit the sister pizzeria to this brand; “Emily”.

Matt and Emily Hyland are the pizza power couple behind both of these restaurants and their multiple locations. Emmy Squared opened in Brooklyn in 2016 and Emily AKA the older sister opened first in the West Village in 2014, subsequently coming to Brooklyn as well. 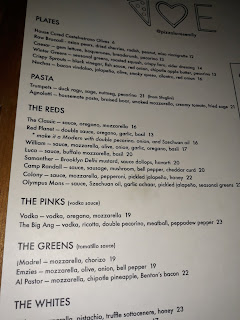 Where Emmy Squared serves pies that are Detroit style (translation squared), Emily serves round personal sized pies that have been compared to those you would find at “Roberta’s" (https://bit.ly/2RUOGYZ) and “Paulie Gee’s” (https://bit.ly/2UVMA9K). The main thing you will notice about the later three pizzas is that they are Neapolitan style (circular) pies baked in wood burning ovens. For me that is where the similarities end.

Because of my prior familiarity with the brand I knew that I would love everything I would be eating. The food served up here seems to come with a side of fairy dust because you are just eating pizza, right? Wrong! The flavors are simple and complex all at the same time. They are so incredibly delicious you are leaping out of your chair with every single bite. Or maybe that has just been my experience. 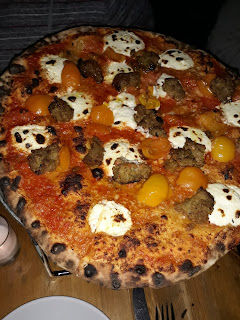 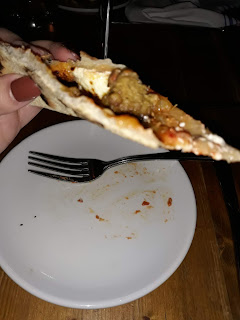 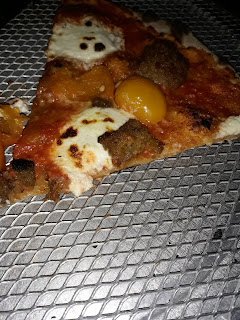 At Emily’s I decided to try “The Big Ang” which is one of their pink pies. It had vodka sauce, ricotta cheese, double pecorino cheese, meatballs, and golden peppadew - a red pickled pepper. I am not going to lie; a significant part of my ordering this particular pizza was because of the name. I am wasn’t a huge fan of the late Mob Wives cast-member but I did like the nod to her as well as the ingredients. 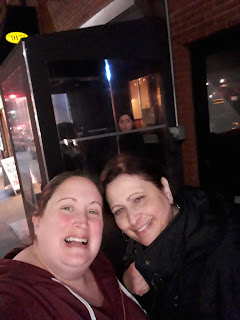 While this one pizza would have been enough for my mother and I to share (she is my #pizzaFriday buddy for life) I HAD to get something else. It was something I was longing for since my visit to Emmy Squared: the burger.

Now I have said this before but it bears repeating: I am not a fan of burgers. As much as I like pizza, I feel the exact opposite way about beef in patty form. They are typically dry, too thick, and I find myself only ordering them for the side of fries that normally accompanies them.

The reason I want to make this sentiment clear is to demonstrate how great a burger from any Hyland restaurant is. I FIND MYSELF CRAVING THEM! 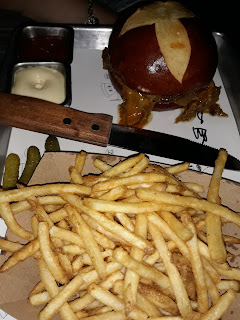 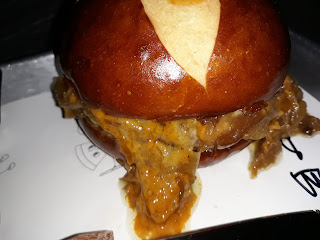 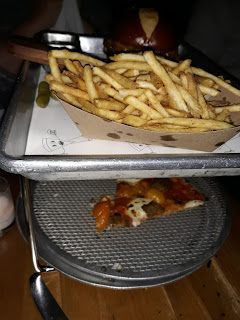 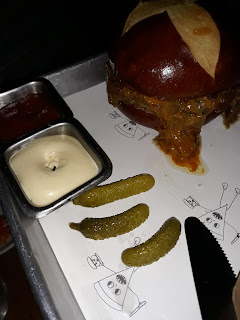 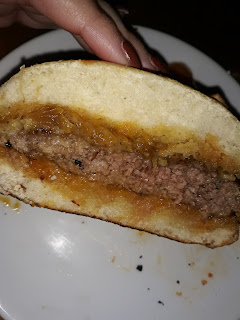 Here the “Emmy Burger” is varies slightly from its Emmy Squared, “Le Big Matt”, counterpart. At this location there is only one patty, Emmy sauce, caramelized onions, Grafton cheddar, but was still served on a pretzel bun with a side of fries, and tiny pickles.

Despite a few minor changes between the two locations, there is one crucial factor that remains; Pat LaFrieda. That is where the beef comes from and I believe that the quality of meat makes most of the difference between this burger and the ones that I hate. This in addition to the sauce, onions, and my new favorite kind of cheddar, made me inhale this burger almost forsaking the pizza. I said almost. Have no fear I got my fair share down and took the rest home. Those fries, which are like McDonald’s without the grease, never had a chance.

The pizza had a nice flavor and was an interesting combination of toppings. Though having a pizza with meatballs and a burger too might have been too much meat for me.

Pizza at either Emily or Emmy Squared will always be one of my all time favorites. They somehow manage to pull off the gourmet pizza game effortlessly leaving me at a loss for how to describe what it is I like about it so much.

The sweet, salty thing combo is one I will never tire of here because it is not overly rich, as I found Paulie Gee’s to be. Roberta’s on the other hand, is too boring when comparing like minded pizzas.

What I liked least about my experience here was how small and narrow the location was. While Emmy Squared isn’t much bigger, there was more room to maneuver around. It was light and airy. I felt claustrophobic at Emily’s but the food distracted me. Though i enjoyed my visit I don’t see myself returning for that reason. I do however, see myself returning to Emmy Squared because the Hyland’s do pizza and burgers just that well.