For My New Favorite Donuts: “Doughology” 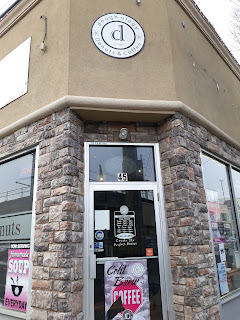 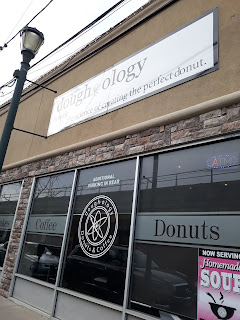 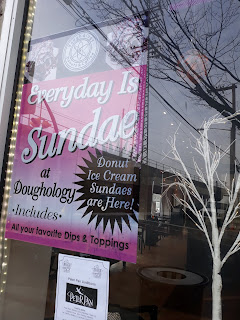 This was a place I intended to share on my upcoming 2019/ 2020 to do list, but I got so hungry looking at their Instagram photos I couldn’t wait. I decided to pay a visit to “Doughology” before I had a chance to post my list. As per usual, my instincts were on point.

Doughology doesn’t only make and sell delicious donuts. It is also is proof that we should all follow our bliss.

Doughology opened in 2016 in Lynbrook, New York, by the husband and wife team of Jackie and Chris Stiansen. Two years before this Jackie was diagnosed with breast cancer. It was with that life changing diagnosis that she decided to quit her job as a stock broker and pursue a much different, less stressful career path.

But Jackie wasn’t the only one who changed careers. Her husband Chris is now a retired police officer. The fact that a former cop now operates a donut shop is not lost on anyone who has previously written a review about Doughology. I think it was just fate.

Thankfully Jackie is now in remission but her story reminded me a great deal of a woman who had a similar diagnosis and change of careers; Megan Daly of “Daly Pies” (https://bit.ly/2WvXP91).

There is something to be said for living the life you imagine; something that resonates deep within my soul. 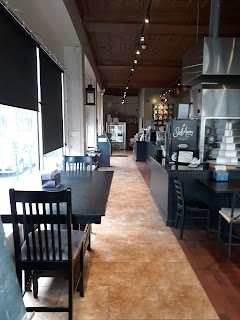 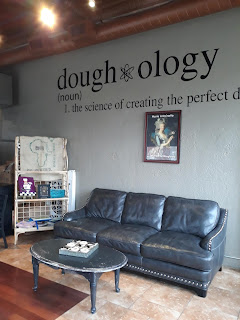 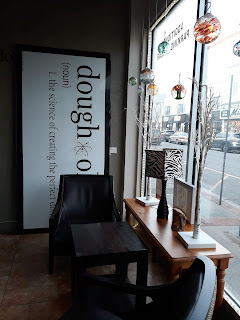 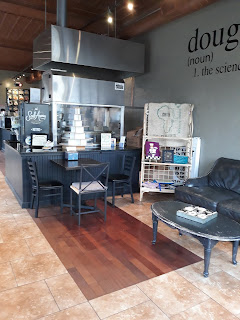 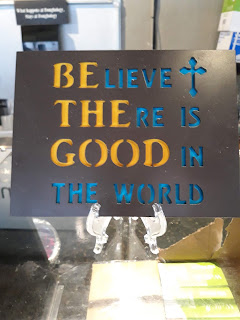 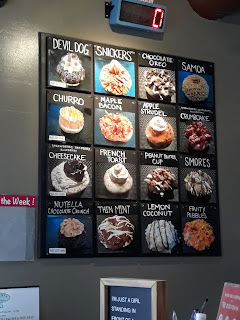 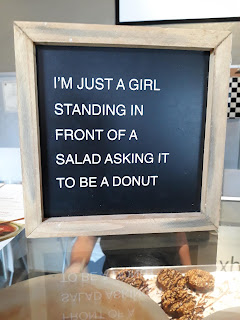 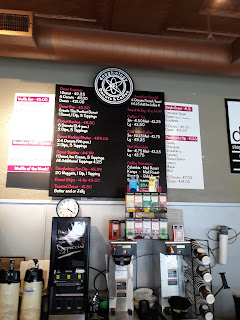 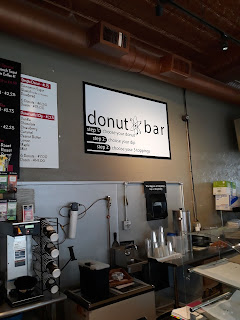 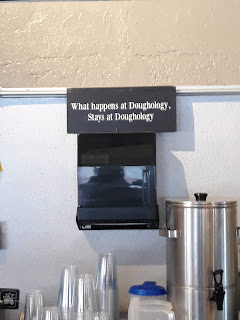 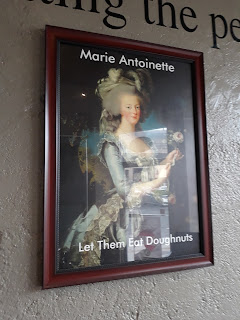 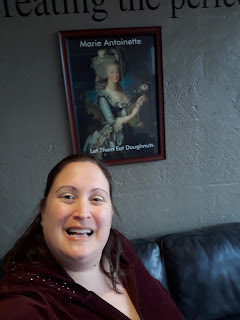 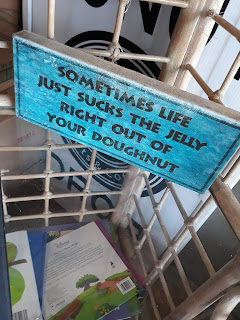 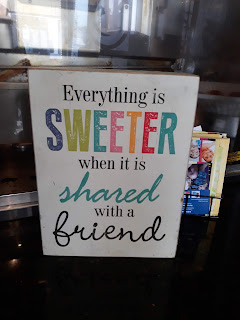 When I walked in I was charmed by the decor. The shop is adorable and full of plaques with funny sayings about life and dessert. Right in my wheel house!

The second thing I noticed was the smell, the overwhelming smell of cake batter engulfs you as soon as you enter. The batter is used for both the homemade donuts and waffles.

At the time of my visit I was the only customer to stay and dine in, but I saw many visitors come and go knowing exactly what they wanted. I was more of a lookie-loo. There were so many options but I had narrowed down the three I was going to try, that day. They were the Samoa (like the Girl Scout Cookie), lemon coconut, and the strawberry cheesecake.

If they sound good to you, I assure you they were even better than that. I will go one step further and tell you that I believe Doughology now holds the title of my favorite donut!

This is BIG news.

My old stand-by has been Doughnut Plant. But the last time I visited I wasn’t overly impressed. They were good but not irresistible. But Doughology stepped in to fill that void.

The first thing I noticed when I tasted these donuts, was that they were crunchy! That is what I loved most about them. Since they are made to order and are not sitting in a glass display glass all day, they are super fresh. With that freshness is also a level of crunch I have never, ever experienced anywhere else. As you can see from the list above that is not for lack of trying.

But at Doughology, no matter the flavor I tried the crunch was there. So was a light, fluffy inside. Pretty much all of the things a donut should be. 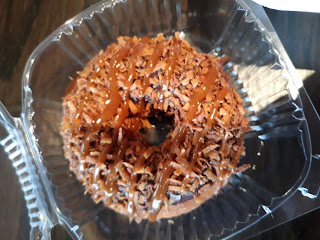 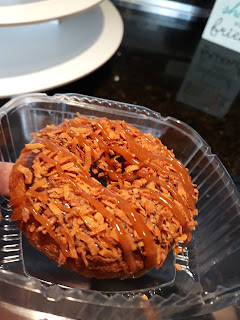 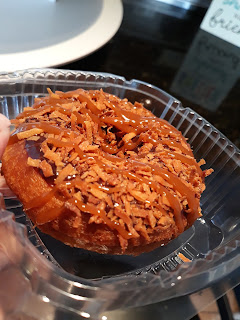 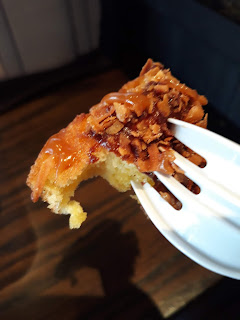 The Samoa was better than the cookie version we all know and love. It is a vanilla donut that has been dipped in chocolate and topped with both toasted coconut and caramel drizzle.

Are you drooling yet?

I damn near did.

The flavors of the caramel and coconut were layered on in just the right amounts and complimented one another so well. If you were drinking a hot cup of coffee it would be just as perfect after a brief dunk in your cup. 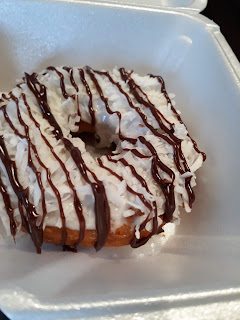 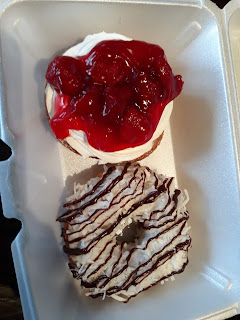 The lemon coconut is another vanilla donut dipped in lemon frosting, topped with coconut flakes and chocolate drizzle. This was my least favorite probably because I do not like chocolate. So I only took one bite of this donut. 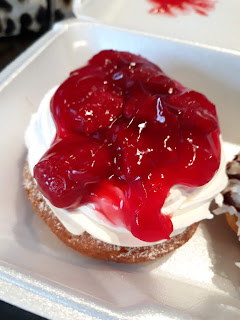 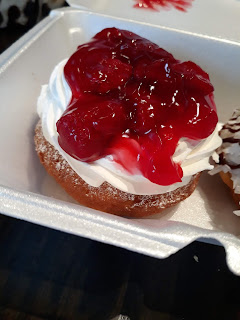 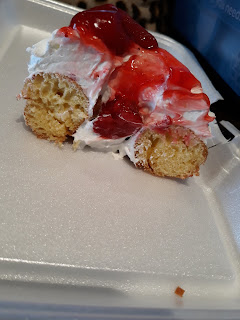 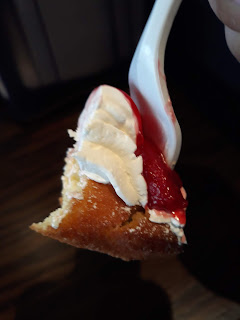 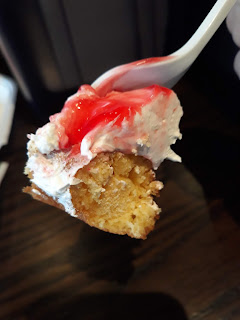 The cheesecake donut was the reason I visited Doughology in the first place. It was the donut I had my heart set when arrived. I opted for strawberry instead of the blueberry which was the version pictured. I no longer see it on the standard menu, but at the time of my visit it was a vanilla donut with the top secret ingredients combined to give it a creamy cheesecake taste, along with your choice of fruit topping. 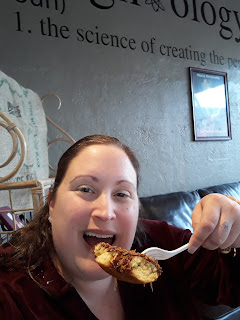 This was to die for! The crunch of the outside of the donut, with the sweet, creamy topping, was so good that if this had been my last meal I would have died happy.

I kept taking bites between the cheesecake and the Samoa donut, but the cheesecake won me over. It was actually better than some cheesecakes I have tasted. The Golden Girls would certainly have approved.

So, how you ask, does Doughology do it?

I got a glimpse of the one of a kind machine that makes the donuts on a daily basis.

I told you they are fresh!

The Belshaw Donut Robot takes ordinary clumps of dough (vanilla or chocolate), cooks them in hit oil, flips them over once, then drops them onto a tray to cool. When customers come in the hot donuts are frosted and dipped in the topping of choice.

I was stared in awe of this donut making machine so long I had to take a video of it.

It is truly a work of art. I could eat donuts and watch that machine for hours.

As if delicious donuts weren’t bringing enough joy to the community, Jackie and Chris didn’t forget the journey that brought this business into their lives. Every Wednesday, Doughology shares proceeds with a breast cancer awareness organization.

Doughology also does special batches where one hundred percent of the proceeds go to a particular charity. They are even pink donuts that fund Avon Breast Cancer and Relay For Life walks.

As of February this year, Doughology has expanded and opened a second location in Babylon.

Normally when I want to revisit a place I like I don’t already have that date set in mind when I write the review.

However, I am eager to try the very rare Rainbow Cookie and Cannoli donuts that Doughology is making on every Sunday the month of April. These particular donuts take too much time for them to appear on the daily menu. Luckily I will be passing by, and stopping in, this coming Sunday.

See you then fellow donut lovers.