For My First Ever Russian Dumplings: “Luda’s Dumpling” 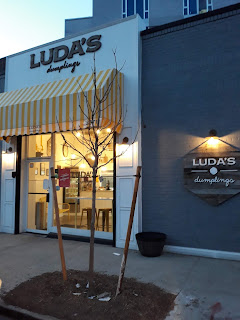 Did you ever making a shopping list beforehand but when you arrive at the checkout counter, your purchases include many more items than you thought you needed? You know like an average trip to Target?

I know the answer is a resounding yes.

Well, that is the same experience I have every year with my annual to do list (https://bit.ly/2JSFq4u).

Each time I sit down and write my list, I think I have covered all of my bases. But without fail, each and every time I am wrong. There are the countless unofficial additions I must add-on time and time again.

“Luda’s Dumplings” is one of these add-ons.

Luda’s Dumplings is in nearby Sheepshead Bay, Brooklyn and under two years old. It is a small shop that sells the kind of dumplings that will be unfamiliar to you if you have only ever had them in a Japanese restaurant, like I had recently at Ozi Dumplings (https://bit.ly/2W1SRR5). Such was the situation I found myself when I finally stopped driving by and decided to pop in for a visit, and of course dinner.

This restaurant is run by Eugene Tulman and his business partner/friend Lawrence Rafalovich. The restaurant is named for Eugene’s late mother. Luda was an impressive woman who immigrated to the U.S. with her family in 1996. She herself had two restaurants before passing away in 2012. It was this loss along with the longing for food like she use to make, that inspired Eugene to create this restaurant.

Despite the name of the restaurant, the food they are making are technically called “pelmeni” not dumplings. They are a Russian delicacy and Eugene (who is the chef here) makes his with an al dente consistency more reminiscent of gnocchi pasta, which I enjoyed. The fresh ingredients are mixed by hand and pressed using machines from Russia.

The only other time I had “Russian” food was when I ate in NYC’s famed “Russian Tea Room” (https://bit.ly/2HoCICc) though my meal their was anything but traditional. 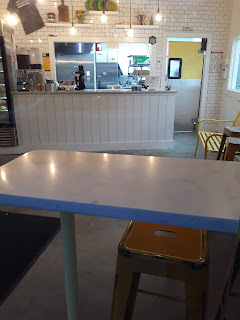 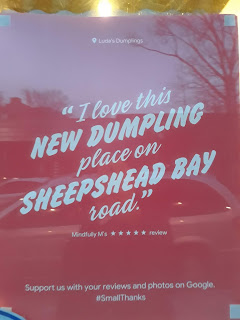 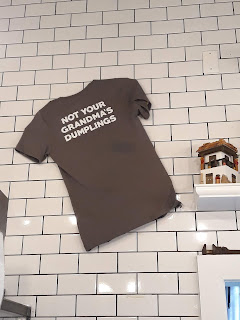 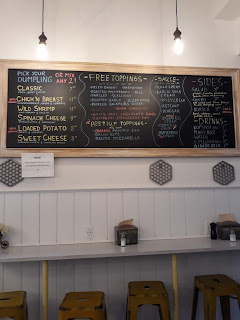 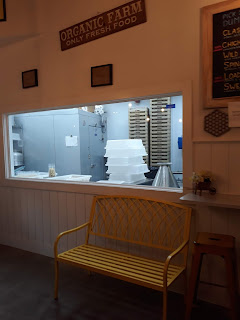 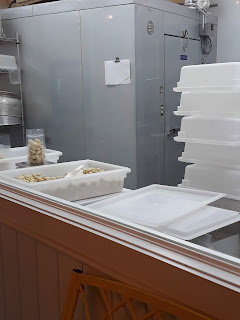 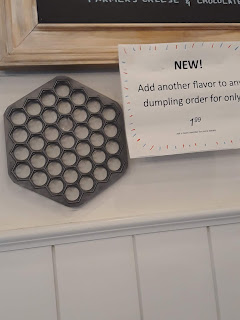 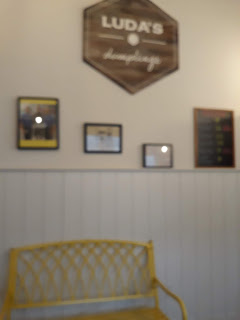 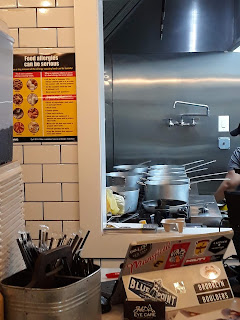 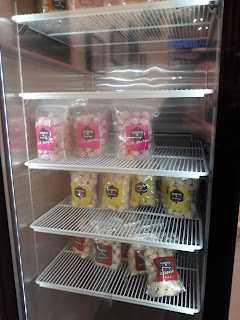 When I walked in, I was imitatively greeted by Eugene and impressed with the bright, sunny, minimally decorated shop. There is a case of frozen dumplings of each of his six varieties readily available for purchase. But I wanted it served fresh.

I had heard about their spinach and feta dumplings so that was an obvious choice. But what I didn’t know was how many other decisions I would need to make.

For starters the dumplings come in batches of thirty! When I heard that I gasped. But when you see the size and ultimately how light they are, it makes perfect sense.

There are also several options for toppings and side sauces. Each order of dumplings comes with three toppings and two sauces at no extra cost.
Eugene was so friendly and guided me through the ordering process.

I got a batch of spinach and cheese (there are three other cheeses in that blend besides feta) as well as the potato and cheese dumplings. Because I was feeling incredibly indecisive I got sautéed mushrooms, scallions, and fried onions on both. On the side there was sour cream, chipotle cream, and horseradiosh cream. 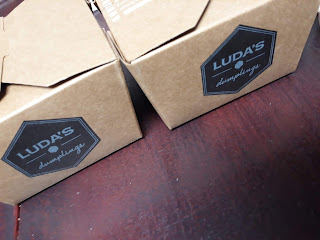 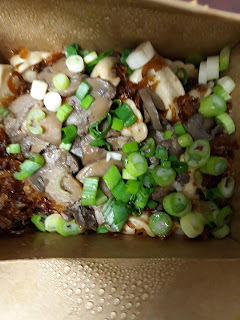 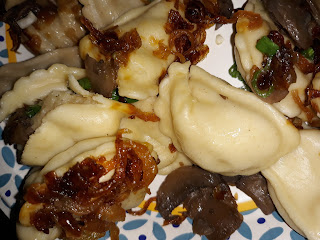 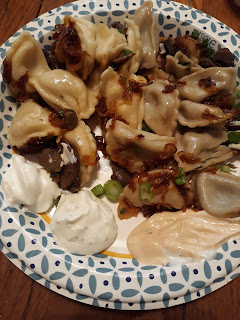 As soon as I got home (there are only a few stools and bar for those who want to dine in) I torn into these bad boys. They were so good. Though light in density they were anything but when it came to flavor. They were savory and clearly made with care. I originally though sixty sounded like too many (thirty in each batch) but they are so small and delicious, you just eat them up. Sort of like Pringles, once you start you can’t stop. When I was done I was full and more importantly satisfied.

As I ate, I looked over their menu and decided what I would put on their wild shrimp dumplings, which I intend to try next. This time I will be fully prepared when it comes time to order.