For the Pizza That is On Everyone’s List: “Paulie Gee’s" 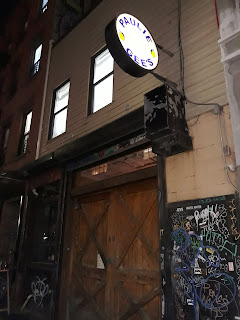 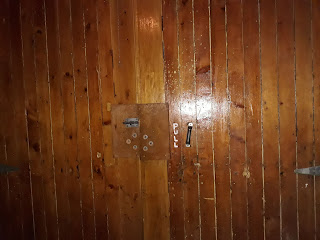 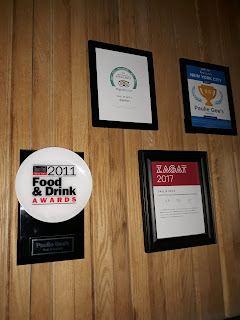 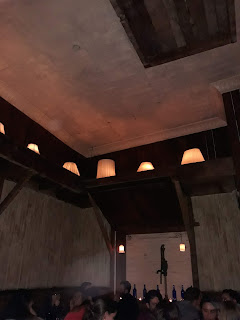 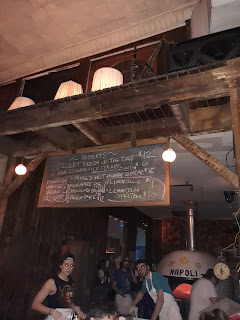 You cannot talk about pizza in Brooklyn without hearing his name.

Paul Giannone is the man behind “Paulie Gee’s” which opened in Greenpoint in 2010. Due to the popularity of this restaurant they had to stop taking reservations, disallow take-out, and no longer make deliveries.

To meet the demand Paulie did the only logically thing: he opened another shop around the corner. “Paulie Gee’s Slice Shop” opened last year, and allows you to grab a slice or two, or even a whole pie, that you can take home or sit down in his retro feeling restaurant to it. The slice shop has a very different feel than Paulie Gee’s proper. I know this because I visited both locations in the same night.

Naturally I went to Paulie Gee’s on a #pizzaFriday so I had to wait about forty minutes for a table. All things considered I didn’t think that was bad. I also happen to get a spot right out front which helped my mood. 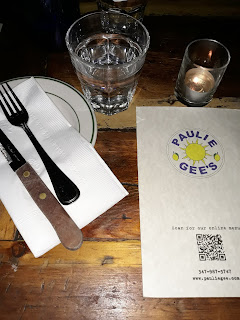 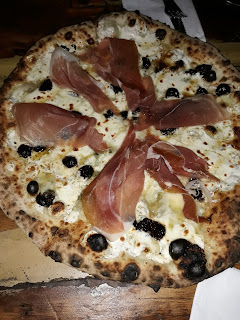 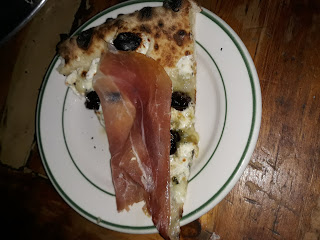 I knew what I wanted when it came time to order; the “Cherry Jones”. That is a pie covered with fresh mozzarella, gorgonzola cheese, prosciutto di Parma, dried bing cherries, and orange blossom honey. It was the perfect combination of all things salty and sweet.

I enjoyed it so much I practically devoured the entire pie all at once. But after three or four slices (keep in mind this are personal sized thin crust pizzas) I hit all wall. The intensity of the flavor combo, which was original and scrumptious, was too much. I was over it.

However, I was surprised how much I liked the prosciutto considering I am not that big of fan of it. But after the first slice I did begin to remove some of it.

Now that I was done here, I had to see what this slice shop was all about. 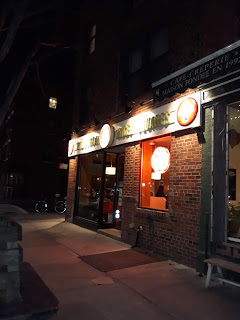 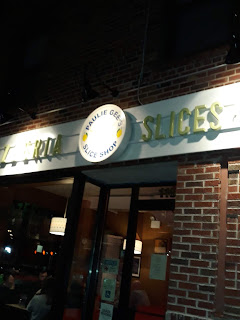 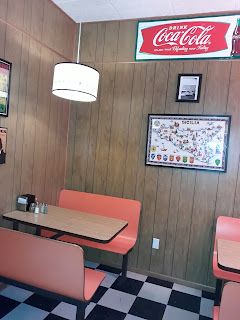 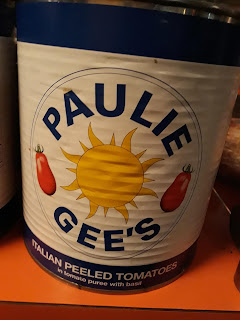 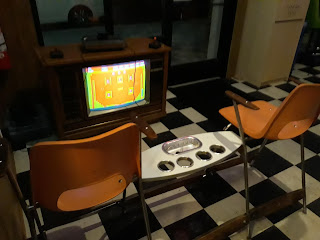 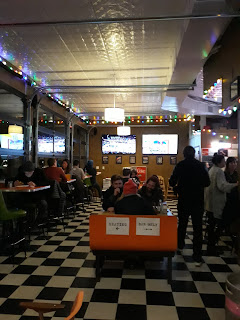 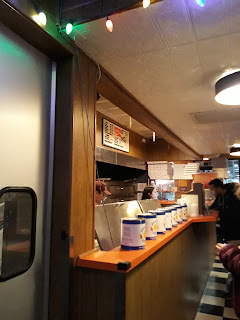 As I mentioned above it is less trendy than the former incarnation, although the wood paneling and lamp shade lighting gave it a very calming vibe. It was just so incredibly full of people one could begin to get claustrophobic. Whereas the slice shop was like a college dorm room from the 1970s. 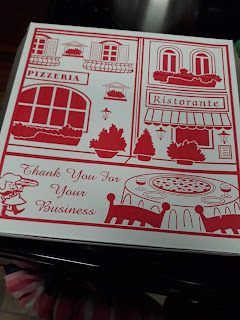 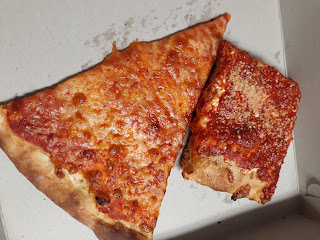 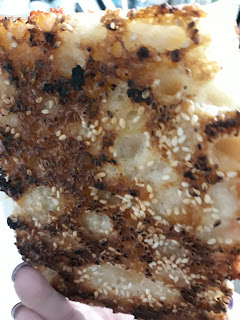 I was only going to get a regular slice, just to try it, but then I saw a slice unlike anything I had ever seen before. It is called the “Freddy Prince”. It was a square slice with tomato sauce and parmesan cheese, no mozzarella, but the best part was lying underneath it all. There were sesame seeds! The crust and chewy nature of this slice made it literally one of the best of my life (when you see a sample of how much pizza I have eaten below you will realize why this is so important)!! It was cold by the time I got it home and yet I couldn’t eat it fast enough. Seriously, I will be ordering a pie of dear Freddy and bringing him back to my crib sometime in the very near future. He blew my prior Paulie Gee’s experience right out of the water. I wonder how may times he looses to himself in a best of pizza contest. There has to be a Guinness World Record for that.

Before I visited Paulie in all his glory, I had heard about him for a very long time before I finally relented and added it to my annual to do list (https://bit.ly/2JSFq4u). When it comes to Brooklyn and how many pizzerias there are, the numbers can be staggering. I for one am still learning how many more there are for me to try, despite my best efforts to eat my way through my borough, one Friday at a time.

Some of the infamous pizzas I have tasted have been from names you will no doubt have heard of:
But it was Pete Wells, the current food critic for The New York Times, who finally swayed me. I figured if you can’t beat them, join them. As a pizza enthusiast I have to be in the know and now I do.

Though I spent a lot of time with Paulie in Brooklyn that is not the only city where you can try one of his delicious pies.

There are a total of five restaurants bearing his name, including the two in Brooklyn. The others are located in Baltimore, Maryland; Columbus, Ohio; and a city I adore: Chicago, Illinois - which is a notorious pizza town in its own right (https://bit.ly/2XKAGRK).

So now you have an excuse to travel and eat pizza. You’re welcome!