For Putting the D in Steak: “Delmonico’s” 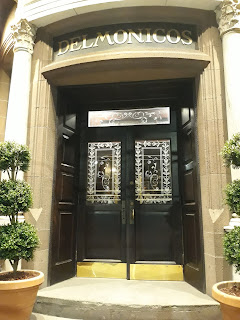 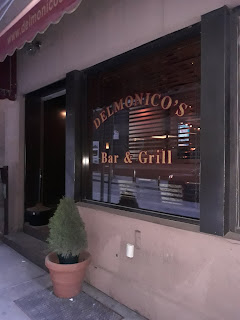 I am a good cook. I am not bragging, it is true. I have honed my skill and am really working at it. I hope to get even better and that the cookbook I am currently working on is a big success.

That being said, when I go out for a meal I want it to be something I cannot or do not want to do myself.

But when it comes to this restaurant I want to talk about now, it is not just the food I was here for. I was also interested in it’s very long history.

“Delmonico’s” opened in 1837 and was NYC’s very first restaurant. At that time there were small diners and cafes but no real dining establishments. The Delmonico brothers, Peter and John of Swiss origin, began the farm to table trajectory we now treasure. They had purchased farm land in Williamsburg, Brooklyn to grow much of the produce not previously available.

Due to a fire and several other complications the original Delmonico’s isn’t the building that currently stands. According to legend, the original four columns that adorned the entrance of the restaurant were from Pompeii.

The original restaurant also had several floors, with the third reserved for private dining and the lower level was a wine cellar with some of the finest wines from around the world. Considering that there wasn’t even another restaurant in the city at the time, this must have been mind blowing. Truth be told; it still is.

Aside from creating the restaurant industry, Delmonico’s also played a role in the women’s movement.

According to The New York Times:

“There was a time when New York was more like Riyadh, in that a woman could not enter restaurants unaccompanied by a man. The rule was followed throughout the country. Then in 1868, Delmonico’s, the historic financial district restaurant, tossed it aside and welcomed women to a luncheon held by the Sorosis Club, a pioneering professional women’s organization.”

To celebrate this achievement and the one hundred and fiftieth anniversary of this occasion last year, Delmonico’s served up a special menu.

As if this all wasn’t enough, Delmonico’s was the first restaurant to be reviewed by The New York Times in 1859. 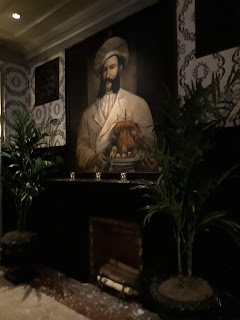 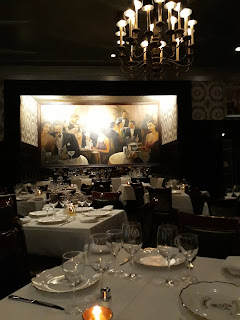 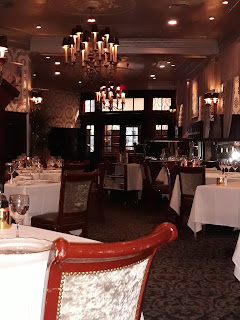 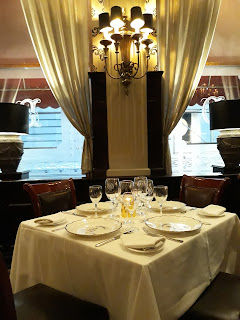 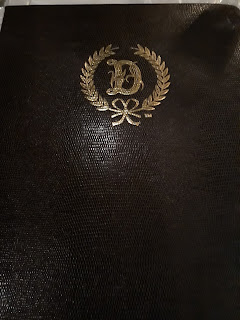 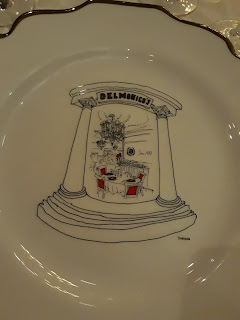 During my visit there was also a special menu, NYC’s Winter Restaurant Week menu. Restaurant Week (https://bit.ly/2IEKQQh) takes place here twice a year, once in the winter and then again in the summer, and is a great excuse to dine in the finest places you would otherwise spend a fortune in.

The last time I participated in Restaurant Week was last year when I visited Tender Steak & Sushi (https://bit.ly/2BURUTe), another item from my annual to do list (https://bit.ly/2JSFq4u), as was Delmonico’s.

Now when it comes to steak I have had my share of the best. Among my favorites are “Butcher and Banker” (https://bit.ly/2H6lTe7) in NYC and “Bowen’s 22” in Newport, Rhode Island (https://bit.ly/2RhHOlv).

But my expectations were high. Delmonico’s and steak go hand in hand. My order was all ready before I even sat down. 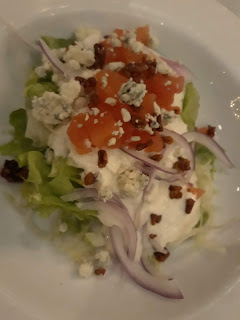 I ordered from the Restaurant Week menu and began my meal with the B.L.T. Wedge Salad. I loved that the iceberg lettuce was all chopped up small. This salad, a variety is normally served on steakhouse menus, usually just plops a half of head of lettuce in front of you. This version was much more delicious and pleasing to eat. 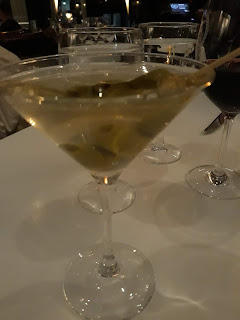 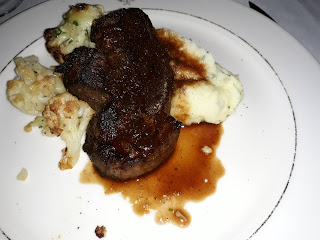 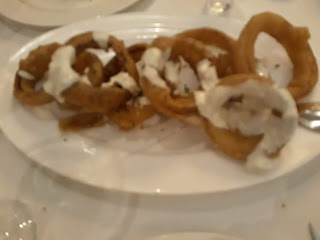 My entree was the petite filet mignon and a side order of onion rings. The steak was served with cauliflower - perfectly roasted - as well as a helping of mashed potatoes, also perfectly cooked and seasoned.

I believe the steak had a bit of béarnaise sauce, though I would have preferred garlic butter.

I like my steak well done and in a good restaurant that still allows for it to be cut into like butter. This is exactly what I was served!

The steak was perfect and I forced in every single bite, even when I was almost too full to move.

Though I have recently been able to master cooking steak, eating it out was still an experience I loved. It made me appreciate the effort and talent of having someone else in the kitchen.

As I sipped my Grey Goose dirty martini (also incredible) in between bites of steak, veggies, and onion rings, I sat back in my seat and took in how happy I was to be siting at that table, in that moment, having a meal that was far better than even my high standards. I truly believe that it is important to live in the moment and not let those that bring us joy escape us. 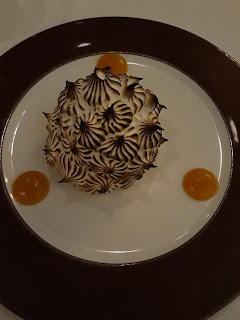 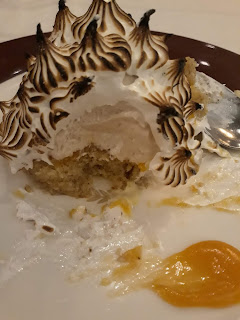 For dessert (that too is part of Restaurant Week menus) I decided to go with the baked Alaska, a dish said to have been created by Delmonico’s. I will explore whether or not this is true in this week’s Find Out Friday.

When the cake arrived I was curious but eager to dig in. Once I did, I found I was confused more than anything else. It was sweet combination of many flavors. Parts of it tasted like fruit, another bite like toasted marshmallow, and some like pound cake. I made my friend taste it too and she had the same reaction. It was good but not really something I would ever need to order again.

My only other experience with this dessert was when I had the baked Alaska pops during my brunch at the Waldorf Astoria (https://bit.ly/2Nzszmj).

“It was frozen and hot at the same time. If I was on death row it is what I would order for dinner.”

I wish those were served at Delmonico’s.

“Delmonico’s Kitchen”, a sister restaurant to the one discussed here, opened in 2012 and is located in Midtown Manhattan. They serve up modern American fare.

But as for me, I prefer the original because my intuition tells me it is the best.