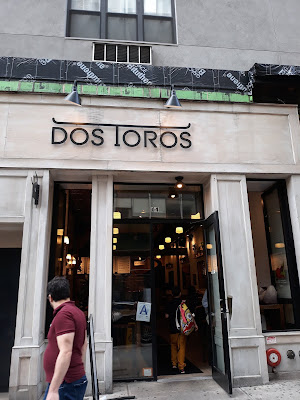 When it comes to fast food there are the names we are familiar with: McDonald’s, Burger King, Wendy’s, and Chipotle.

In you live in New York City, there is a new kid in town: Dos Toros.

Dos Toros is relatively new to this area but with any hope there might be one in your town soon.

Started by two brothers, Leo and Oliver Kremer, from Berkeley, California, the Mexican food you find here is inspired by food they loved growing up.

In California, the brothers grew up worshipping Gordo Taqueria, a favorite of Bay Area residents since 1977 (now promptly added to my San Francisco to eat list). Much of the recipes and even decor found at Dos Toros has been modeled on Gordo.

Before moving to NYC in 2008, the brothers were living very different lives. Leo was the bassist for the band “Third Eye Blind”. Oliver fresh out of college, considered working in the technology or finance industry. Both disillusioned with their lives, they decided to pursue something they have loved all their lives: burritos. They wanted to satisfied East Coast appetites with the West Coast Mexican food they loved. 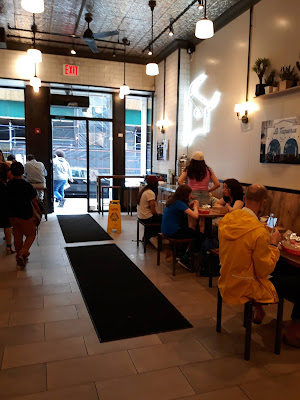 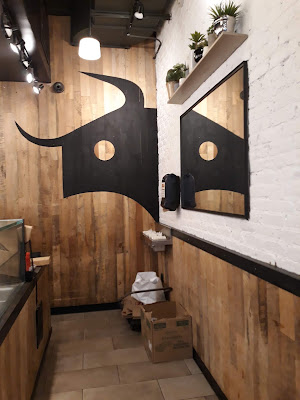 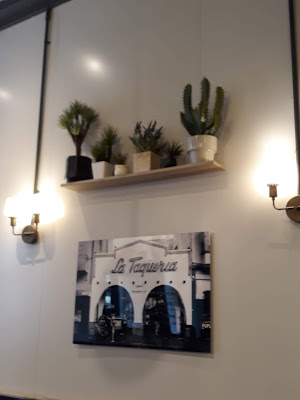 They used all of their savings, including investments from family and friends, to open the first Dos Toros location in Union Square in 2009. They even took jobs in other taquerias to get a feel for what it would be like working in the food industry. They maintain full ownership of their business and unlike many other chain restaurants they have no intention of selling franchise opportunities. 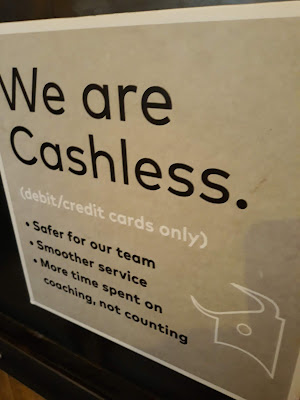 The first thing I noticed about this restaurant when I arrived was the “No Cash” signs seemingly everywhere. This is something of a new trend I have been seeing around. There are just those bright, white mini iPad looking credit card machines that email you a receipt if you so desire one.

I ordered what I order at every restaurant where Mexican food is served: a chicken burrito. 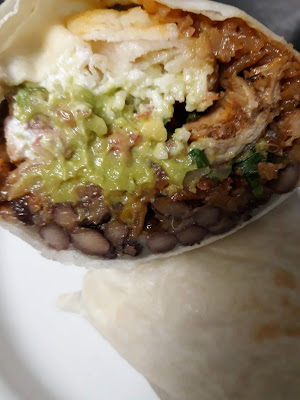 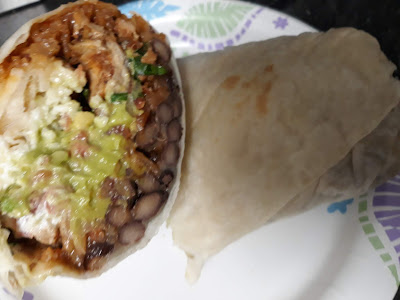 Much like Chipotle and Subway, you follow an assembly line of sorts telling the server what you want. At the end of the line your prize is wrapped up tight while you pay and go about your day.

When I first bit into my burrito I was surprised by the subtle differences I noticed from Chipotle. For starters, it tasted fresher and richer. It was more like the kind of flavor you would get in an authentic Tex Mex restaurant. But it is still fast food. Although Dos Toros claims to be the healthier version and use less salt than their major competitor. As far as I am concerned they are still fast food and with that comes all the unhealthy choices we make. But it works for when you are in a hurry or have a craving.

However, if I am in NYC and by that I mean Manhattan, I am going to try my best to get over to Times Square to hit up Chevy’s Fresh Mex. I don’t know what it is but I cannot get enough of their fajita burrito that comes with grilled chicken, refried beans, Spanish rice, sour cream, and guacamole. On the side there is more rice, black beans, and sour cream. I do not go there nearly enough!! It is that good and while Chevy’s is a restaurant per se, it serves food that is fast food adjacent.

When I want a delicious taco my favorite has to be Swell Taco on Long Island. No one does them better.

Lastly, if I am looking for a proper Mexican meal in a real restaurant setting (minus the tourists) than Javelina True Tex Mex is an excellent choice.

According to reports there are upwards of eleven Dos Toros in NYC but on their website I only see four listed (and one in Chicago).

Though Chipotle is much closer to my house, and just about everywhere else I travel, Dos Toros makes a much better burrito.

I have read that their quesadilla is excellent with a crunchy outer layer that lasts until the last bite.

Now I wish there was a Dos Toros on my block.