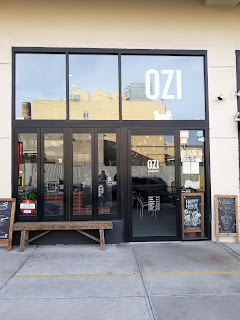 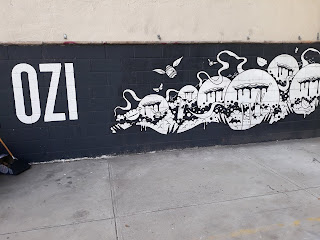 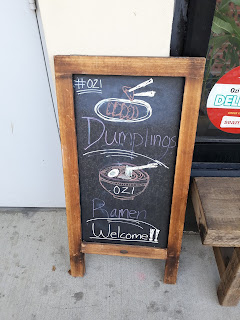 Bushwick, Brooklyn is not what it use to be.

It is even better.

Within the last ten years or so Brooklyn has undergone a major period of gentrification. With all that change came a wave of new restaurants with an array of flavors previously unfamiliar to this neighborhood.

One of these restaurants is Roberta’s (https://bit.ly/2RUOGYZ), a very popular pizza place. Many of those who have worked here have gone on to create pizza legacies of their own. One such person is Frank Pinello of “Best Pizza” (https://bit.ly/2HDHqMc).

But this lunch wouldn’t be pizza adjacent as most of my meals are.

No on this day I was going for more of a Japanese flair. I was here for dumplings!

I love a good dumpling, both traditional and modern. My favorite are most definitely the French onion soup dumplings from “The Stanton Social” which I have had on two occasions. The first time was in April 2012 (https://bit.ly/2MGBEcy) and the second occasion took place in August 2015 (https://bit.ly/2RpoMs1).

When it comes to more traditional dumplings you wont find any ones better than Nom Wah Tea Parlor (https://bit.ly/2WykAd8). It is famous for a reason.

Closer to home I have visited Chopsticks (https://bit.ly/2DJgqbg) and in a pinch they are satisfying.

Ozi Dumplings opened at the end of 2017 and recently has garnered a lot of attention online due to their impressive dumpling machine. It can turn out fifteen hundred dumplings in an hour! Talk about an efficient piece of machinery (see last link below). 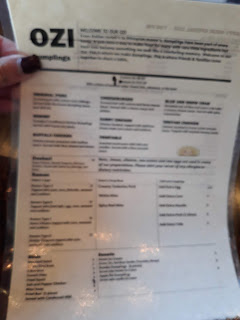 Ozi Dumplings is owned by Danny Cai and his mission was to create a place that served up dumplings like his grandfather use to make, in addition to those that are much more imaginative. This is why I was here. 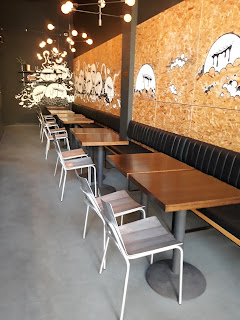 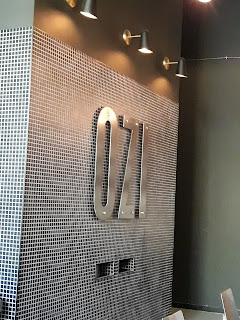 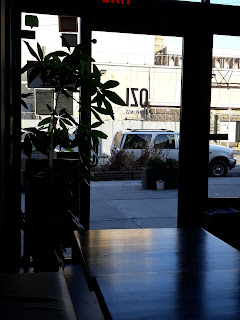 Ozi is located in a small shopping center like structure with a few other restaurants sharing the attached building it is housed in. The space isn’t big and is long like a railroad apartment. On the afternoon I visited my party of three were the only customers there for lunch. 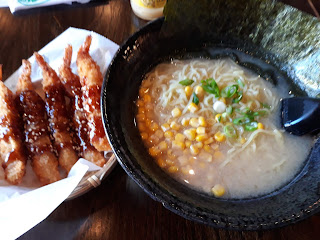 What I didn’t expect was that in additional to the dumplings, Ozi offers four kinds of traditional ramen soup.

Soup is not a mainstay in my food repertoire, especially ramen. I mean I spent four years in college and another two in graduate school and never even had the kind that comes in the plastic package.

I wasn’t initially going to order any soup but it sounded so good and everyone around me was getting it so I thought, what the hell. I will try something new. I am so glad I did.

I opted for ramen type d which had shrimp tempura, corn, scallions, and seaweed, alongside freshly prepared ramen noodles and broth. It was unbelievable! It was savory and sweet. I felt like there was something for every one of my taste buds to enjoy.

Next we decided to share three kinds of dumplings so we could try a bit of everything. Each order of dumplings comes with a side, so there were three of those as well. 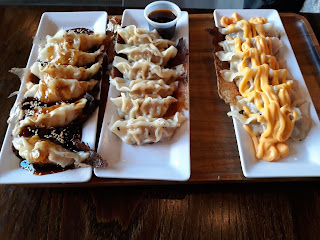 The dumplings we chose were: 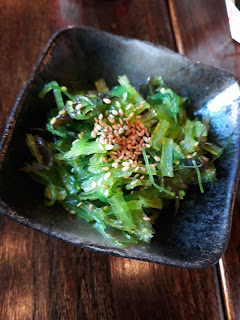 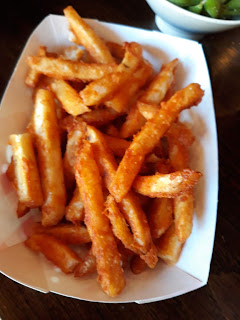 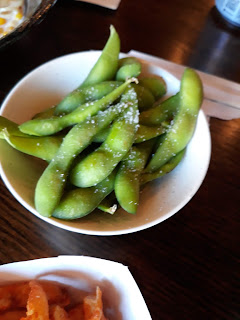 Our sides were:
My favorite dumplings were the teriyaki chicken by far!! The pork ones were good but they are not my favorite kind of dumpling. I thought I would really love the cheeseburger dumplings but they tasted like too much like beef if that makes sense. I thought I would notice the onions, pickles, and cheeses much more. To me I just tasted beef that was a bit dry. But the chicken was amazing, I loved the sauce. It made my tongue dance. Plus I am a big chicken fan. I could have demolished that plate all by myself.

The sides were good although I didn’t try the seaweed salad. It does nothing for me. The edamame was great and I feel like it is always a crowd pleaser much the same way avocado is. And French fries?! I thought I read the menu wrong. I got them just because they were there. Why were they there? I have no idea but I love having one of my favorite comfort foods that are both crunchy and salty whenever I can. The only thing missing from the menu was pizza. Then I would have been in heaven for sure. 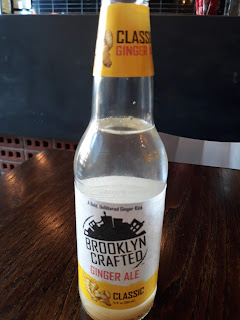 The most surprising part of my meal was my beverage. I ordered a ginger soda for the first time and was delighted. It burned a bit as anything with raw ginger does but because it was carbonated it also was pretty good. I am currently in the market for a store that sells this by the case.

Although I had no more room by the time I left, I was curious about trying the blue and snow crab dumplings as well as the vegetable ones. I’ve never had crab dumplings, except for the ones I made via Chrissy Teigen’s first cookbook. Veggie ones I have had so many times that I feel it would be good purely for comparison.

I think the buffalo chicken might also have been an interesting choice now given how much I loved the teriyaki chicken.

I was surprised to learn that Ozi features a seasonal savory and sweet dumpling and that originally the teriyaki chicken dumplings I enjoyed so much were only supposed to be a seasonal item. But customer demand was so strong they are now part of the standard menu. I am glad to see I am not the only good with good taste.

The next dumplings I plan to try are from another new Brooklyn spot: Luda’s.

Yes, it will appear on my next annual to do list.

Clearly I am now in full planning mode.