For an Afternoon Full of Delight in Astoria, Part III: “Sal, Kris, and Charlie’s” 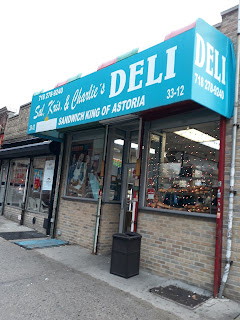 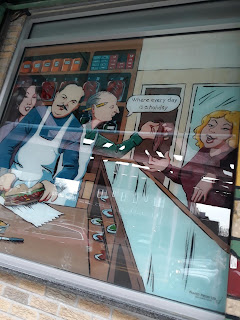 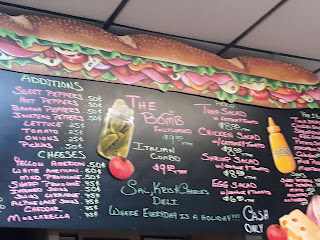 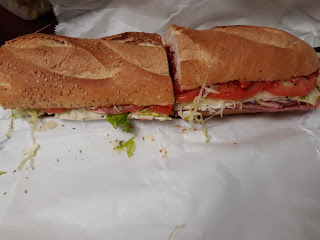 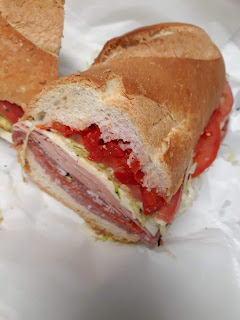 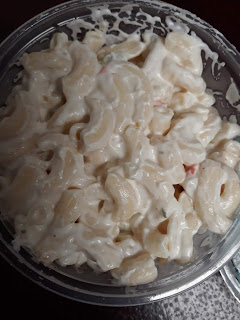 For my final stop in Astoria I decided to tackle yet another item on my annual to do list, “Sal, Kris, and Charlie’s”.

This is a deli in Astoria has been on my to do list since 2016 (https://bit.ly/2JSFq4u) and it was not too far from where I had lunch and purchased my doughnuts.

But this is the first time in a long time I was going to a deli that wasn’t infamously known. I read about it somewhere and obviously whatever I read compelled me to add it to my list. Once it is on there is takes damn near a miracle to get it off without me actually visiting it. I don’t question myself. I know better.

So a pitstop I would make.

The area around the deli seems desolate and like a strange place for such a popular deli. There is also no seating inside, another reason why it is a perfect place for a pitstop.

Inside, the shop is small and looks much like any other neighborhood deli you would find no matter where you are from. I was the only customer at that time (late afternoon). One of the owners was standing behind the counter going over blueprints with the man standing next to me, who I assumed was an architect. What were these plans for? I have no idea.

There were several other employees standing around and I felt pressure to order. The amount of choices were staggering and as I looked up at the board hanging from the celling I went with a hero that already had a name and popular following: “The Bomb”.

This is their most famous sandwich and it is a combination of Italian cold cuts and cheeses, and just about every topping you can conceive (officially they are: lettuce, onions, tomatoes, hot peppers, sweet peppers, mayonnaise, and vinegar). On the one I ordered I opted out of the hot peppers. The bread comes from a bakery in nearby Corona, “Bakery Boys of New York”.

Truth be told I wasn’t there solely for my blog. I was bringing this sandwich home for my father (who did not accompany me on this journey) and he isn’t a picky eater. I also got a side of macaroni salad.

By the time I got home and took some pics I was curious. So I cut a piece of sandwich off and took a spoonful of the macaroni salad.

The sandwich was actually really good and I am not usually a fan of everything that was on it. It is also huge, fourteen inches long, so you can easily share it or save some for dinner.

But the show stopper was that macaroni salad! It looked like any you would see behind any deli counter but damn was that good! It had more of a vinegar tang to it than most and I couldn’t resist eating much more than I planned. I finally pulled myself away impressed at the marvel of how looks can be deceiving.

“Sal, Chris, and Charlie’s” was opened in 1987 after being purchased by Charlie Gordon, the third owner of his business. Sal is the man who originally worked behind the counter of the shop when it was purchased and Kris is Charlie’s wife. The deli is now also run with the help of Mr. Gordon’s son, Nick.

Charlie was known around town as “The Sandwich King of Astoria” and before he knew it that was the official slogan of the shop. Their infamous sandwich, “The Bomb”, was created when a local walked in and couldn’t decide what to order. He asked Charlie to make him whatever he wanted. A legend was born. Just like most great inventions it was a total happy accident.

If you go, make sure you have cash on hand. Like “Queens Comfort” (https://bit.ly/2sMWtd4) that is the only method of payment accepted.

For the record, I took the fact that my father inhaled the rest of the hero as a sign he liked it. Although he did complain that it was “too wet”. Talk about #champagneproblems.