For Find Out Friday - Is Chuck Lorre Behind Every Single Show on Television? 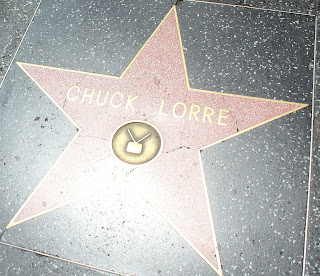 For quite a while now every time I see his name during a stream of credits I sit and wonder; who the hell is Chuck Lorre? And does he ever sleep?

The answer is no.

Not unlike my other TV hero Dick Wolf (more about him here https://bit.ly/2DhZqsn), Chuck Lorre has had a long, successful career and is behind many of the shows you love.

Charles Michael Levine hails from Plainview, New York, a stopping ground I know well as a large portion of my family resides in Long Island.

Lorre changed his last name to disassociate himself from his father with whom his mother blamed his bad traits on.

This so-called “King of Sitcoms” has a rather tumultuous past including dropping out of college after only two years and abuse of alcohol and drugs.

Lorre’s first love was music and after a decade trying to make it in the music business during the 1980s, Lorre moved towards the industry that made him famous.

He wrote the theme song for “Teenage Mutant Ninja Turtles” and then became a freelance writer for shows such as “My Two Dads” and “Charles in Charge”.

The next project he worked on that I am familiar with was “Grace Under Fire” staring Brett Butler as a recovering alcoholic and single mother of three. Lorre worked on that show for only one season.

From there he worked on “Cybill”, a huge booster for the career of Christine Baranski, but again he was with this show for only one season.

He spend five years at “Dharma and Greg” (where I would fall in love with Thomas Gibson long before he joined the BAU on “Criminal Minds”) the longest before any of his breakout hits were created. 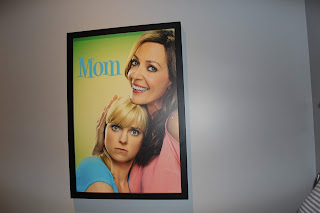 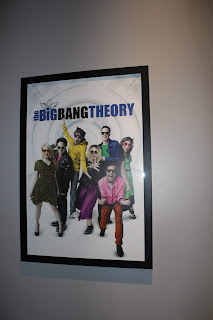 His latest creations are both streaming on Netflix. “Disjointed” stars Kathy Bates as a hipster who also happens to be an attorney. “The Kominsky Method” features Michael Douglas and Alan Arkin and tells the story of an acting coach who had brief success in his earlier career.

“Not since Norman Lear—who revolutionized the American sitcom in the seventies, with shows like “All in the Family,” and who, at one point, had seven hit shows on the air—has one man so dominated the genre”.

The list of awards Chuck Lorre has received include:
The reason you will notice his name on so many credits (once you start looking its impossible not to see his name) is because he is an executive producer, musical director, director, writer, creator, and/or co-creator at any given time.

With the combination of a strong work ethic and talent Chuck Lorre undoubtedly has, we will be surely seeing much more from him.