For an Afternoon Full of Delight in Astoria, Part II: “Comfortland” 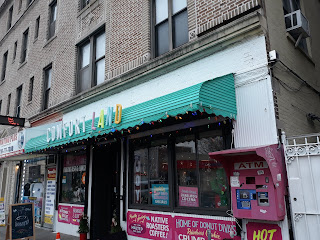 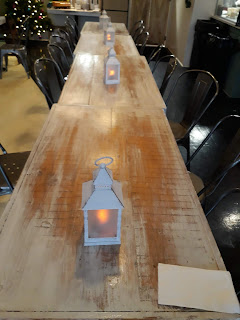 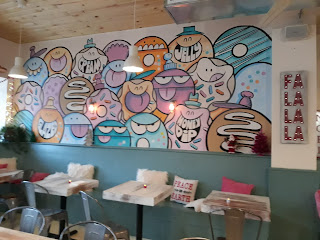 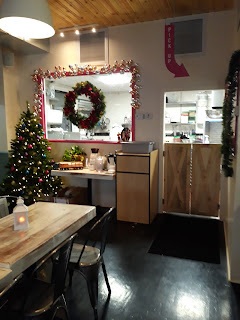 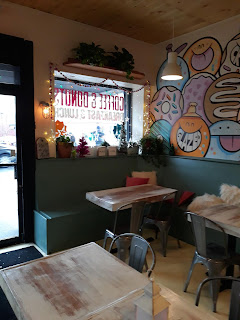 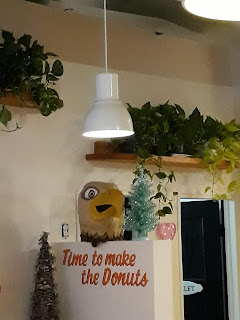 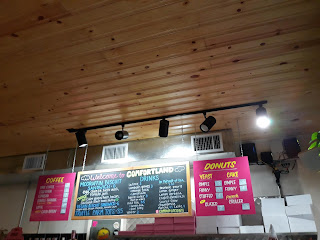 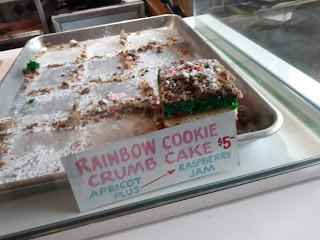 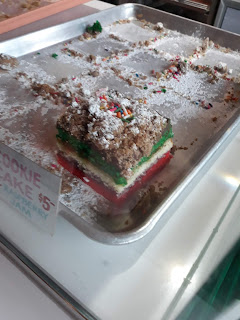 What initially drew me towards this place was their Instagram account and the fact that they were the creators of the Rainbow Crumb Cake, a take on the very popular Italian rainbow cookie. I have seen many takes on this cookie such as the cheesecake version served at Waterzooi (https://bit.ly/2L9KO0a) as well as a doughnut served at Glaze Artisan (https://bit.ly/2FT3Po6).

But this was the first time I heard about it in crumb cake form.

Sadly the last piece was sold to the woman who was in front of me on line. That was the beginning of the end. 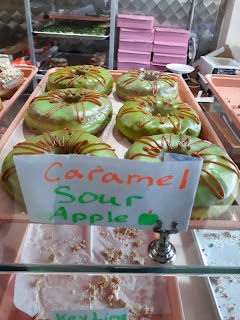 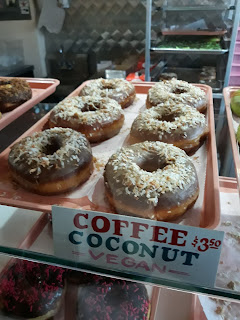 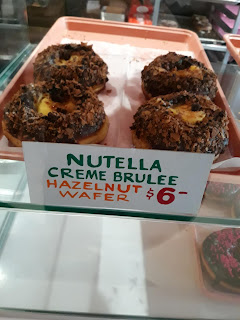 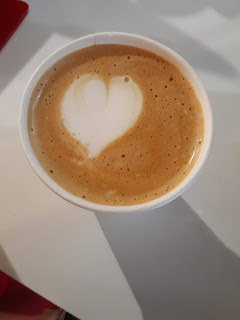 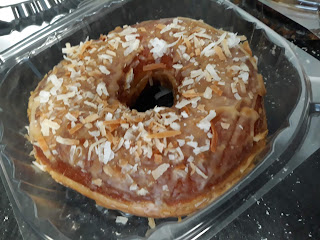 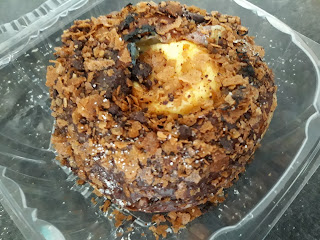 The pickings were slim when I arrived. There were only a few varieties available and since the flavors are seasonal and featured on a rotating basis, you never know what you are gonna get. Yes, I heard Forrest Gump’s voice in my head too.

This is mostly a coffee and doughnut shop although they offer a couple of breakfast sandwiches as well.

When I arrived I was charmed by the space, especially the “Time to Make the Donuts” sign, reminiscent of early era Dunkin Donuts commercials, but wasn’t thrilled by my options. I went with the Nutella Creme Brûlée and the Coffee Coconut. They were huge and cost almost as much as my entire meal at “Queens Comfort”. I left already sensing my future dissatisfaction.

In fact the most exciting part of this visit was getting a latte with heart shaped foam. I have always wanted one.

After arriving home several hours later, finishing my aforementioned lunch, I cut into each doughnut to sample them. I was in fact disappointed. There weren’t anything special. The flavors weren’t authentic and the combinations tasted worse together than they sounded. I suppose I could have eaten the rest of the Coffee Coconut but had no desire to.

All this experience taught me was that when it comes to satisfying a doughnut craving I need to stick to my favorites: Doughnut Plant (https://bit.ly/2rMsL7f) and Orwashers (https://bit.ly/2CKgdCV).

But my time in Astoria wasn’t done just yet. I had one more stop to make.