For an Afternoon Full of Delight in Astoria, Part I: “Queens Comfort” 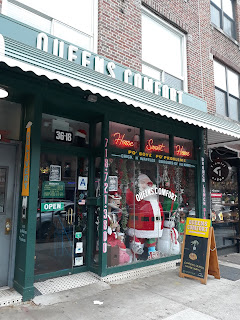 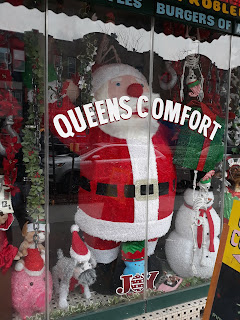 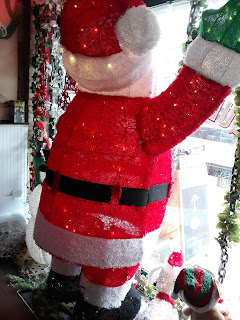 I have been neglecting my blog, my first baby as I pursue my other ventures full force. However, just because I haven’t gotten around to writing as many posts as I should have, that has no bearing on how much I have enjoyed the places I have been in the last couple of months.

Just as with Arthur Avenue (https://bit.ly/2G1tSsl) in the Bronx, I haven’t been to this part of Queens in several years, not since I had a cousin who lived there. Back in the good old days I would wind up there after a fun night out for happy hours that lasted well into the next day. Even then I didn’t do much exploring of the neighborhood. It was more like crashing and chillin.

But now I arrived in Astoria with a clear plan and purpose: “Queens Comfort”.

Known for their kooky decorating style which resembles a 1980s basement and their take on comfort food, the restaurant has earned itself quite a following with locals and those like myself, who first fell in love via social media. 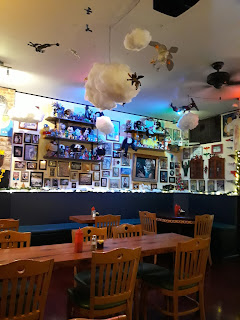 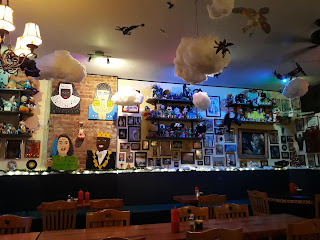 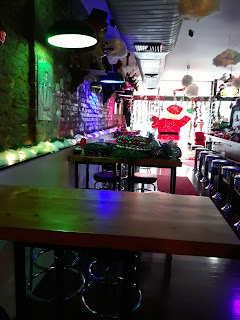 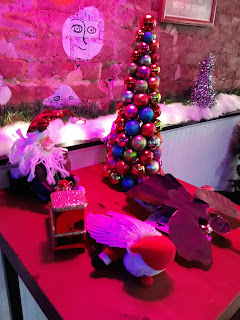 Truthfully it was four words, even before I saw the pictures, that made me sit up straight: “guacamole stuffed onion rings”. And just like that this Queen knew I had to get my a$$ to the other.

When I arrived it was everything I had hoped it would be. Meaning that it was adorable and retro and empty. Considering how much I don’t like other people that was a plus. 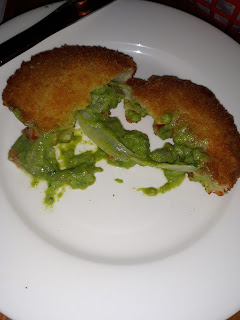 Also once I had the list of their specials in my hand I knew I had been destined to visit on this particular date. A. K. A. those onion rings were there!!!

Now since I had been stalking…. um I mean following this place online pretty constantly, I knew these beauties were not apart of the regular menu nor did the restaurant announce when they would be. I had just been rewarded with putting my trust in my higher power’s hands. 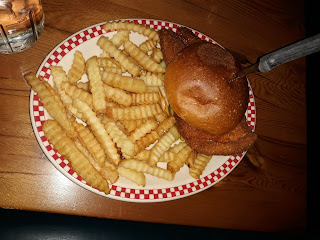 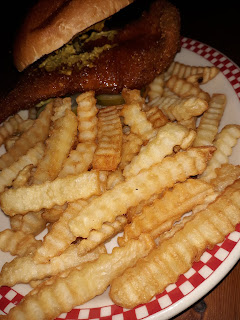 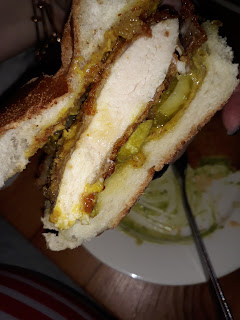 Let me be clear, as good as they sound, as good as they look, they were even better than you could ever dare hope they would be. The spicy aioli accompanying them was equally as good. While I had planned to inhale them all in one sitting, they were very fulling and I was desperate to try what I ordered for lunch which is affectionately called: “The Honey Dripper”. This is a fried chicken sandwich topped with bread and butter pickles, mustard, honey, served on a brioche bun. 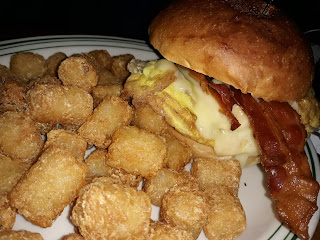 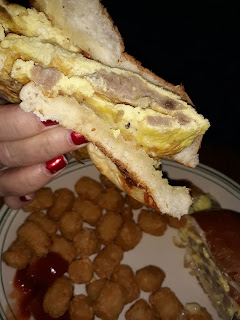 My mother, who accompanied me here, ordered a breakfast sandwich that also appeared on the specials menu but resembled the “Egg McRuffin” a great deal. It was scrambled eggs, sausage, bacon, and cheese, on a brioche bun. It came with tater tots while I ordered French fries with my meal.

As if I couldn’t be more excited they also had iced green tea, my favorite non-coffee related beverage.

The portions here are HUGE but not the price tags. Another check in the plus column.

But how was the rest of my food?

I will put it to you this way. When I reheated the other half of my sandwich many hours later in my toaster oven, along with the rest of the onion rings, it tasted as good if not better than when it was first put before me. I have made dinner that had already peaked in its taste factor by the time I sat down to eat it. And I am a good cook. See #dinneralaDonna.

This was a meal that wasn’t particularly fancy but offered up things I like to eat, presently in a slightly new way that made me appreciate them all the more.

It was a meal greatly worth the wait.

Oddly enough my next stop on this afternoon in late November has a direct connection to “Queens Comfort”: the owners are related.