For the Royals, Cabinet War Rooms, and Jack the Ripper: London, England “Classics” 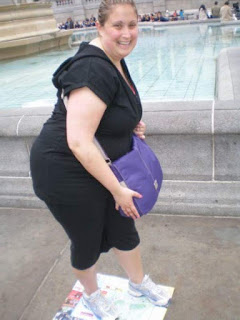 We are now approaching a few of the places you automatically imagine when you picture being in London.

These are all locations that are totally worth seeing and do not take up a lot of time. They are on the way to many of the other places I have already discussed in this series and are easily insertable to what works best for your trip. 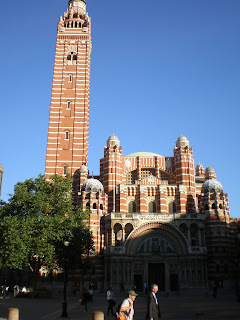 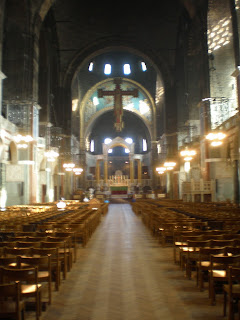 Westminster Cathedral is not unlike Westminster Abbey. In fact the Abbey was the original owner. During the 17th century this site was a prison. Then in 1884 the Catholic Church purchased the land and laid the groundwork for the church.

The stations of the cross, stained glass windows, and architecture at Westminster Cathedral are unique. The beauty within can only be captured with your mind’s eye so pay close attention. There is much detail you will want to pause to examine closely.

One thing that I didn’t do but highly recommend is that you take the elevator to the top to see the breathtaking views of London icons like Buckingham Palace (http://bit.ly/2E2yoY1) , Westminster Abbey, and St. Paul’s Cathedral (http://bit.ly/2EMc3Lu). 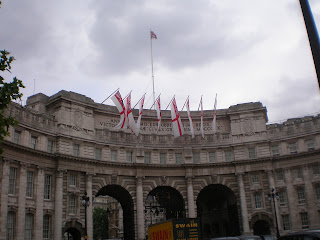 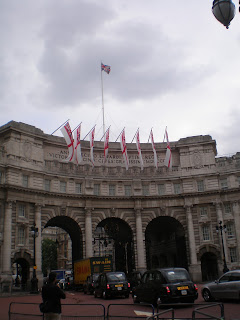 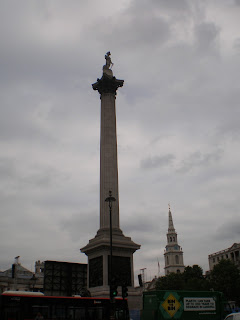 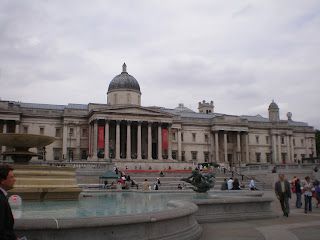 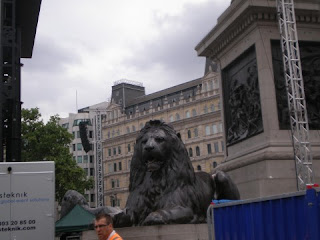 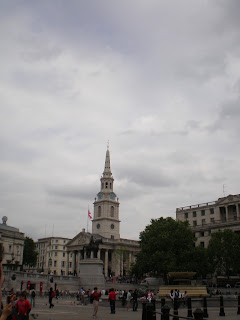 One of my favorite pictures of all time was taken here.

It is where I did my impression of “getting in the map”. It is another iconic scene from London episodes of FRIENDS where Joey has to literally get in the map to figure out what direction to walk in. This was back in the days before Google Maps.

Trafalgar Square provided the perfect backdrop for my photo.

As I mentioned when talking about Buckingham Palace, I walked down the mall after watching the Changing of the Guards towards Trafalgar Square.

This is the spot that commemorates the 1805 Battle of Trafalgar when Britain was at war with France and Spain. The large column in the middle is a memorial for Admiral Nelson who died in the battle.

This is London's most famous square and every years hosts London’s largest Christmas tree, just like Rockefeller Center does in New York City. It is also a popular spot for New Year's Eve.

When here be sure to look for the stone lions and popular works of art by contemporary artists. In the background is the National Portrait Gallery where you can take in works from the Middle Ages all the way to the twentieth century. Whether or not you are here for the art, it is also a good place for a bathroom break.

I didn’t do either as I was on the lookout for Benjamin Franklin’s House (http://bit.ly/2Bc4YUA) which was nearby.

While in Trafalgar Square, beware the notoriously aggressive pigeons. 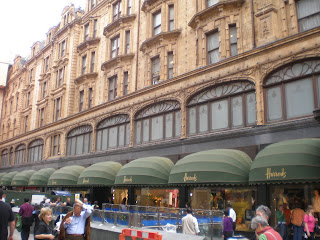 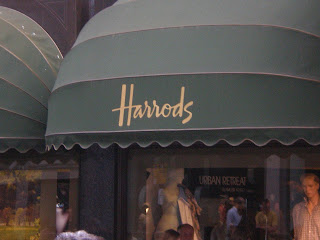 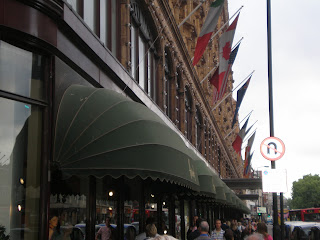 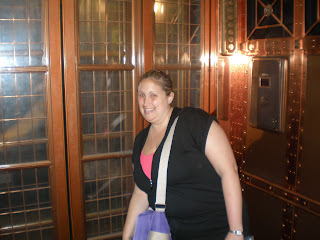 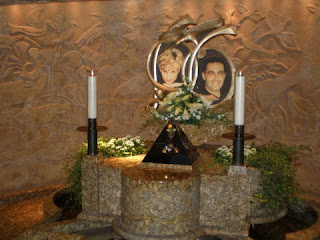 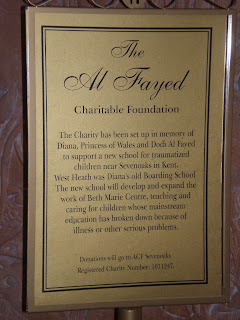 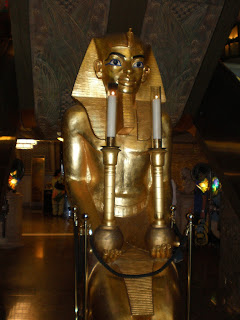 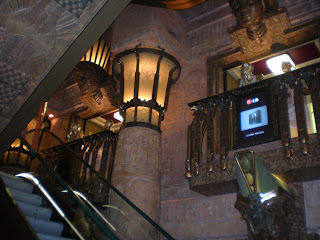 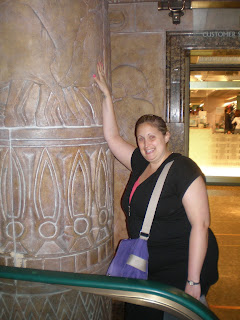 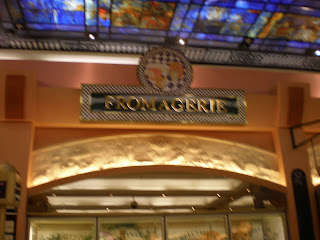 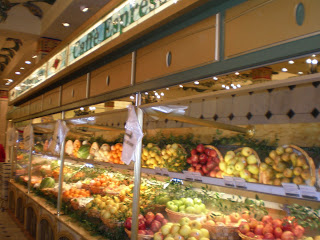 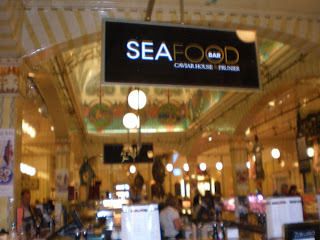 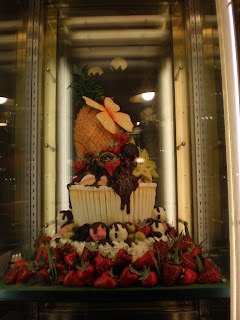 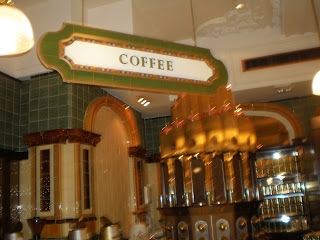 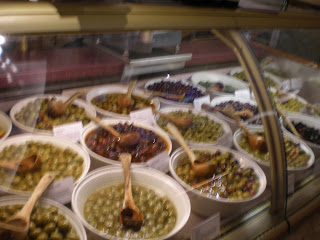 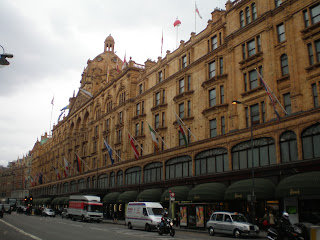 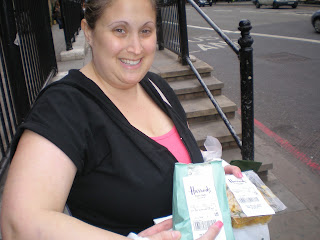 Harrods originally opened in 1824 and now currently has over one million square space of retail heaven. While this enormous department store is known around the world for many things, the very first point of fascination for me was their pet store. Nowadays you will only find ordinary pets like cats and dogs for purchase on this floor but back in the day they literally sold lions, tigers, and bears. Also I think some camels and elephants too.

Do you remember that video that went viral a while back; “A Lion Named Christian"? It was about a lion cub that had been raised by humans and they given to a human preserve when it was reaching adulthood. Many years later the former owners reunited with the now adult lion (Christian), who seemed to remember and revel in seeing them again. The part of the story that I got stuck on was that the former cub was bought at Harrods!!! Just imagine being able to buy designer clothes and exotic pets in the same store?!! I wish I could have seen that just for once. PETA please forgive me.

Besides crazy this part of Harrods history, the also are known for their legendary food hall. I believe it is what Eataly used/stolen as its model. The food hall is something to be seen. There are over eighteen bars and restaurants.

Unfortunately there are no main food court type seats where you can sit to eat inside, but that doesn’t mean you should leave empty handed.

There are more areas of food divided by category than I have ever seen before. I mean there are sections for olives, coffee, fish, desserts, and more. In fact one of the best places to eat Indian food in all of London is Harrods. The Indian food I compiled was amazing and so was the duck my brother ordered.

Actually anything worth eating in London can be found here.

Be sure to get a shopping guide upon arrival.

As they say here: “If you can eat or drink it, you’ll find it at Harrods.”