For My Seat in “Butterfunk Kitchen” 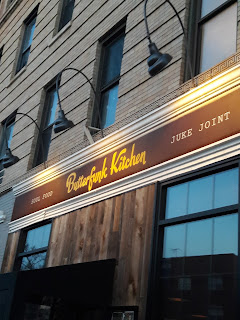 There are only a handful of people I truly trust when it comes to restaurant suggestions. While many folks think they know what it takes to find a great spot for a bite to eat, they often are wrong. They do not meet my standards and after a false setup, the disappointment from the actual experience is often greater than I can handle.

When dinner at this place was proposed I was interested and immediately Googled the name. The first piece of information I learned was that Chef Chris Scott is on the current season of Top Chef. This has made the scene at Butterfunk Kitchen all the more popular. 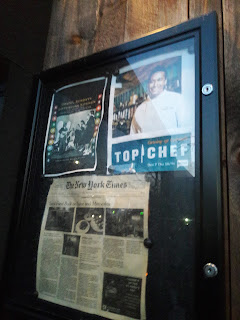 Butterfunk Kitchen was opened in April 2016 by Chris Scott and his wife Eugenie Woo. Their restaurant is a product of their heritage and culture. The food and the way it is prepared is a direct result thereof. Places and people from Pennsylvania Dutch Country and South Korea are found on the walls of this intimately small but well oiled dining experience.

To honor his mother who carried hot sauce in her purse everywhere she went, there is a special seriously hot sauce on each and every table at Butterfunk Kitchen. His Nana is found in the prune butter Scott serves with his biscuits and in the lemonade that the fried chicken in marinated in prior to frying.

Ligaya Mishan of the New York Times wrote in her review of Butterfunk Kitchen:

“A few dishes in, and I was nostalgic for a childhood I never lived”.

That should be enough to peak your curiosity.

My dear friends and dinner companions are as great at ordering as they are at picking restaurants. I typically defer to what they want to order. Ordering the properly put together meal is not something I particularly excel at despite my constant efforts. 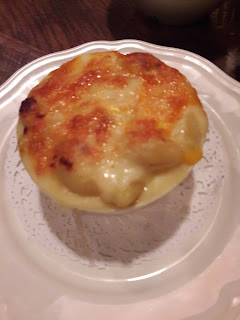 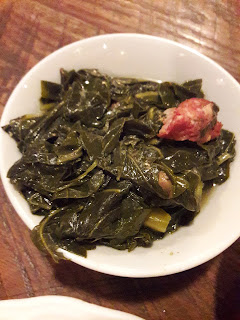 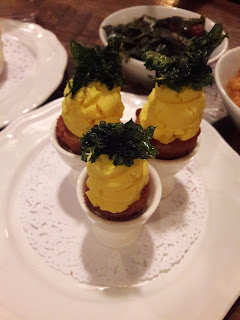 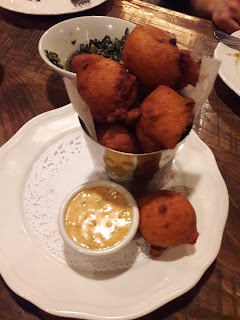 Thus we began our meal by sharing these appetizers: crispy deviled eggs, crawfish hushpuppies, collard greens, sweet potato mash, and what else; but an order of mac and cheese.

The hush puppies were a last minute add on but was one of the best things I ate here. It took more than one to notice that there was crawfish on the inside as the flavor of them were so addictive you weren’t quite sure what was in them. I find that this is always a sign of good food: I have no idea how to replicate the recipe and am suddenly, incredibly anxious to do so.

The second, and most definitely my most favorite part of my meal had to be the crispy deviled eggs. Since the word crispy is the first word in the tittle you can see why I am such a fan. I am not a regular deviled egg eater. In fact this is only the second time I have had them. The first was at Dinosaur BBQ (http://bit.ly/2FjTK0e), and not surprisingly with these very same fellow foodie friends.

Butterfunk Kitchen’s deviled eggs are a million times better and not because they are partially fried. Rather it is the blend of flavors and the creaminess they possessed. They went down rather fast. I would have been happy if I had an entire plate of them as my entree.

The other appetizers were all rather good too. The collard greens were yummy but so is anything with pork. The sweet potato mash was sweet but buttery too. The mac and cheese was very rich but I did enjoy it, though a few bites was enough to get my fill. If I had attempted to eat an order by myself I would have been way too full, way too fast. 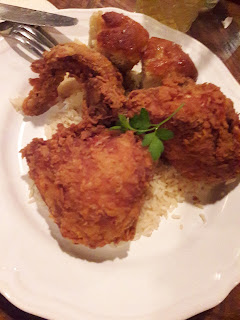 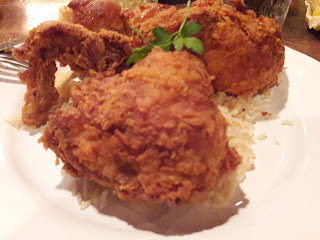 While this fried chicken was a very popular order, as so many were flying by my head, it wasn’t the best I ever had. The reason is the lemonade in the batter. It had a tangy after taste that I couldn’t quite get with. I think I am more of a traditional fried chicken girl. I prefer a spicier, slightly greasier, bird. This chicken was also sort of dry and there was not nearly enough crunch on the breading for my liking. The crunch is the first thing you notice with fried chicken and one, if not the most important factor.

The only decision I made myself was in regards to my beverage. I ordered a sweet tea since I was eating comfort food. For an instant I was worried I had made a mistake because typical sweet tea will send you into a diabetic coma. But Butterfunk Kitchen does it right. It was a lighter version of sweet tea that sort of reminded me of a circus green sweet tea. It was actually refreshing and something I would have purchased if they were selling bottles to bring home. 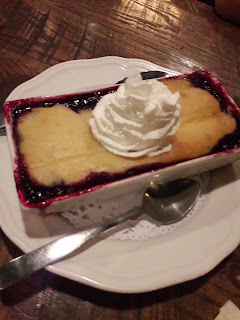 Despite the fact that no one was able to finish their dinner we still took a look at the dessert menu. But what we decided to share wasn’t on the regular menu. It was that night’s special; a sort of blueberry crumble with a pudding base. It was about three times the size of what I had envisioned.

It was kind of a strange combination of flavors and textures. It was really more pound cake like than a true crumble pie. I would have preferred the later. I tasted it but was too full anyway to enjoy anything at this point.

As we three waddled out of the restaurant back to the car we decided on our next food outing. We didn’t decide where or when we were going, but rather that after all of these successful food runs I was brave enough to try a suggestion of their’s without them having done a dry run first. They will pick a place and us three will sit down to a meal at a place we are all visiting for the first time.

We are taking of our love of good food as well as our friendship, to the next level.