For Find Out Friday - How Did Our Family and Medical Emergencies Come to be Protected? 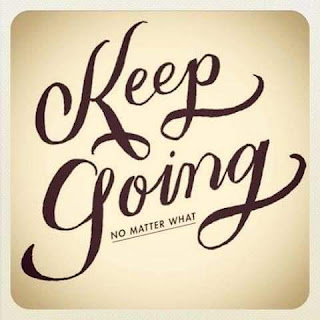 This week I had my scheduled dose of Botox. I receive forty-one shots every three months as treatment for my Chronic Migraine illness. Due to unforeseen circumstances beyond my control, there was a lag in my treatment and I was five weeks overdue. As a result the fatigue I get from this treatment has been impossible.

While I am grateful that this works so well for me once it kicks in, it has me reflecting on my illness and the sacrifices is has caused over the last several years. An enormous saving grace was the Family and Medical Leave Act, referred to commonly as FMLA.

The Family and Medical Leave Act was passed in 1993 and signed into law by then President Bill Clinton. This federal law celebrated its twenty-fifth anniversary this week. It was the first major piece of legislation Clinton signed after only about three weeks in office during his first term.

The Family and Medical Leave Act guarantees employees up to twelve weeks of unpaid leave per year without fear of losing their job. This time off can be used for one’s own health related troubles, as was the case with me, or for those in your family whom you are taking care of. The most important part of this legislation is that there is no termination of your health insurance during this period even if you are off payroll.

New York State has recently updated their FMLA policy to include new parents who can take an additional eight weeks off of their leave in increments or as a whole.

Many moons ago, way before my personal need to know all about the ins-and-outs of this law became necessary, I learned about this all important act via the Lifetime Channel. It was in a made for t.v. movie called “A Child’s Wish”. It stared John Ritter as a father who had a terminally ill daughter, portrayed by Anna Chlumsky. In the film Ritter has to choose between going to a job he desperately needs or being there for his daughter as her young life slips away. It is a choice no one should ever have to be forced to make. It is a kind of Sophie’s Choice that too many families have had to endure.

In real life the parents in this movie, George and Vicki Yandle, had to deal with George’s firing after the death of their daughter Dixie. They fought tirelessly for the passage of FMLA and were standing next to President Clinton when he signed the bill into law. In an act of irony Dixie’s last wish to meet the then President was granted by the Make-A-Wish Foundation, and he even portrayed himself in the film.

Though the FMLA made giant strides there is still much work to be done. FMLA works best for federal, state, and city workers, and private companies where there are over fifty employees. The details of the law are specific and depending on where you work require much to be in compliance.
However in this day and age it is nice to be reminded of the protections we are guaranteed as Americans and those who had to suffer to make it all possible.