For My Greatest Love of All and His Hysterically Funny Best Friend: “AC2 Live at The Beacon Theater” 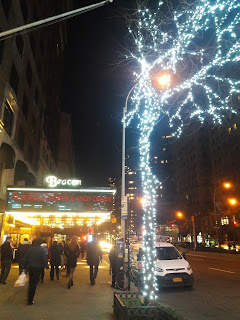 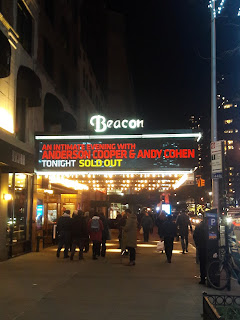 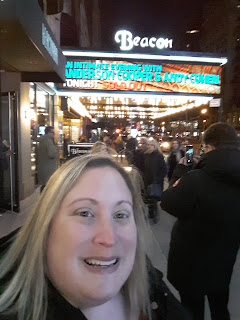 I love Anderson Cooper. Almost more than life itself and I am being dead serious. Not only is he so very pretty, and an actual Vanderbilt, he is so much more than that. He has influenced and changed my life (http://bit.ly/2o1MEpT).

Since this is Valentine’s Day I thought there could be no more appropriate time to share our latest encounter.

I first saw Anderson Cooper in person at a Barnes and Noble during a book signing that Jeffrey Toobin was having in 2007 in Union Square. Naturally my love has only grown stronger since then.

When Anderson had his daytime talk show I was right there in the audience (http://bit.ly/2o6k5XG) season one. His ability to ignore most of the pop culture stuff we all take so seriously is what I love about him. While that and his ability to have so much compassion for those he is reporting on from all far away places. He also doesn’t take a bullshit from politicians he is interviewing when they are lying to his face.

Prior to this most recent sighting, I sat front row at 92nd Street Y (http://bit.ly/2o6Rkd8) when his mother, Gloria Vanderbilt, and him, gave a talk about a book they collaborated on “The Rainbow Comes and Goes”. It discusses all of the things they never asked one another until they started an email stream producing that book and a supplemental documentary.

Alas I come to the reason I am writing this blog a.k.a. the best Christmas present I ever got: tickets to see Anderson Cooper alongside Andy Cohen at The Beacon Theater!! 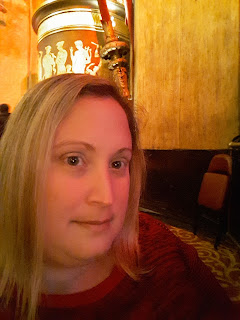 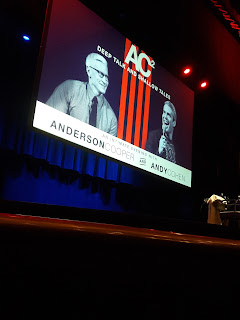 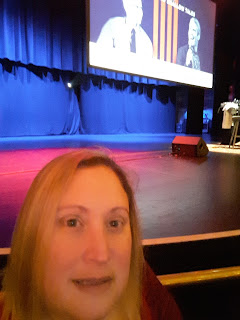 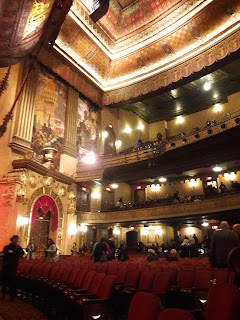 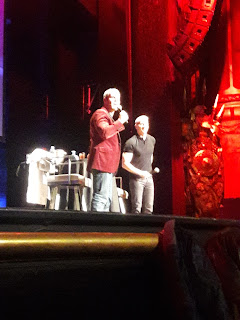 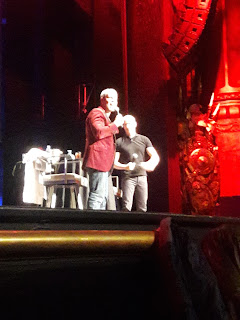 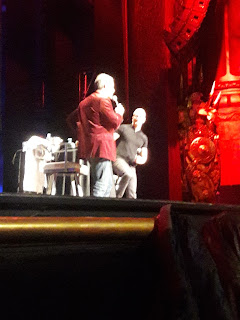 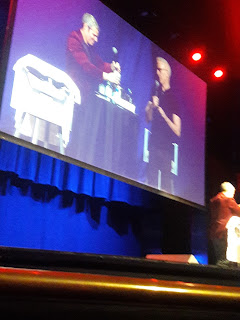 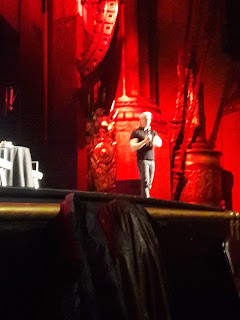 Anderson Cooper and Andy Cohen have been touring for over two years now throughout the United States. It might seem like an odd event to some but it was a ton of fun.

During this show they talk about their friendship, kid one another about their differences, tell stories of how world events affected them, but most of all they give the audience what we all want: time with them.

Anderson was unlike I have ever seen him. He was drinking (a little) and was foxy as ever casually dressed in a tight black t-shirt, grey jeans, and Adidas sneakers. Yum!

The gentleman next to me and I couldn’t get enough. 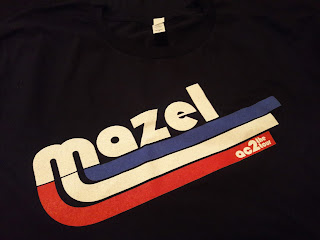 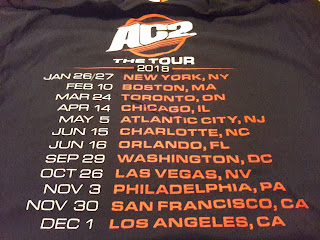 Andy Cohen was exactly as I knew he would be. It was like a living through an episode of “Watch What Happens Live”. He was funny, charming, and delightful. His presence also warranted some well known guests. Fellow audience members included Real Housewives Danielle Staub and Ramona Singer of the New Jersey and New York franchises respectively. The crowd was just as eager to see them as they were the two Andys. The women were very friendly and stopped for many selfies. I was hoping to see my favorites Dorinda Medley and Bethenny Frankel, but Dorinda attended the show the following evening.

While there were very many great stories I would love to share, the hosts asked us not to. They also asked that no videos be taken and posted online. They want to keep the show fresh and surprising for all of the crowds that get to see them this year. I will respect their request with one exception.

As many of you know Anderson and Andy hosted CNN’s New Year’s Eve special this year. A common joke Andy asks Anderson is “what was your first job?” This isn’t a spoiler alert because I have heard this elsewhere. Anderson was a Ford model as a child. To compare lifestyles, Andy was delivered newspapers on his bike I believe.

Anyway on New Year's Eve Anderson decided to show a picture of him taken at the time and in the photo two other young boys were in it.

Now at that exact moment a family in the Midwest was trying to have a celebratory evening despite having lost their adult son only a few months before that. They called out their son’s name and asked for a sign that he was still with them.

They turned on their television and low and behold CNN came on. At that exact moment they saw the photo Anderson was showing and what do you know?? Their son was in it!!!!!!!!!

I had goose bumps for days.

The couple had emailed Anderson and told him their story. They were coming to the AC2 show the following evening.

It occurs to me at this moment that I might have left out the best part of my night.

I HAD FRONT ROW SEATS!!!

That means only a few feet and uphill climb to the stage separated me from my greatest love of all and his hysterically funny best friend.

It is like I told everybody the night of this event; my brother is better than yours!!

This is my proof.