For the Royals, Cabinet War Rooms, and Jack the Ripper: London, England “The Royal Life”

Right now the royal family are living their best lives.

Ever since the future heir to the throne, Prince William, married Kate Middleton they have been the most popular celebrities on the planet. Breaking the typical royal protocols and creating new rules and traditions for their children have made this generation more relatable and lovable to their people as well as us watching on from across the pond. With Prince Harry set to marry his lady love, a bi-racial, divorcee, from America, the royal family is hardly stuck in the past. I remember when the poor Duchess of York, Sarah Ferguson, got divorced. It was such a shock. For that matter Queen Elizabeth’s father (George VI) would have never been king if his brother (Edward VIII) hadn’t chosen a bride similar enough to Harry’s future Mrs. and been forced to abdicate the throne. 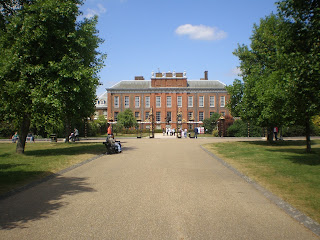 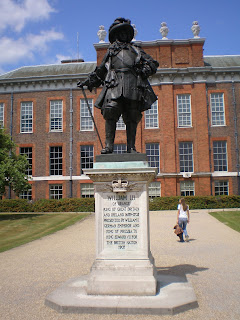 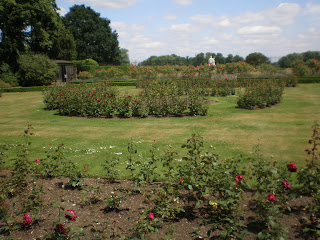 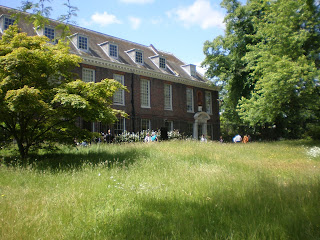 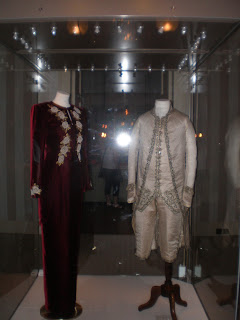 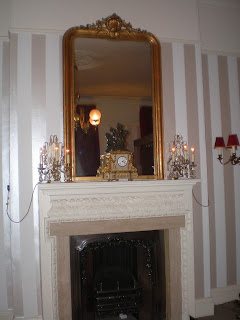 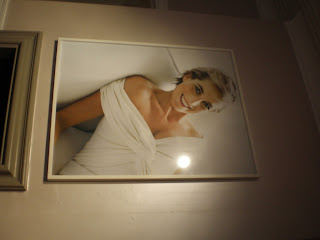 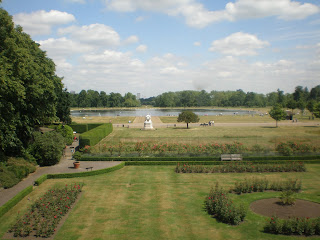 Now that I have plunged deep into the House of Windsor’s family drama, its time to move on to happier topics related to the family. Like for instance their real estate holdings. They have several properties within London including Buckingham Palace, St. James Palace, Clarence House, and of course Kensington Palace, just to name a few.

Kensington Palace is famed as the home where Princess Diana lived after her own divorce while raising Prince William and Prince Harry. Prince William and Kate Middleton now live in Apartment 1A with their children. Prince Harry and his fiancée Meghan Markle will also being living in a nearby dwelling on the property.

When picturing the layout of this Palace you have to remember that it is well, a palace. When I visited in 2009 none of these young royals were living there but there was still limited viewing ability. That is to say that the entire property wasn’t available for public visitors. That being said I still saw plenty and just to get inside or anywhere near it was special.

Kensington Palace resides just outside of the city of London in a neighborhood made famous by a Julia Roberts movie; Notting Hill.

After a brief ride on the metro, there is about a fifteen to twenty minute walk to get to the Palace, although it started to feel like it was taking forever. And that was before I got to the gates. The Palace is as large in person as you expect it to be and the gardens are too numerous to count. For me they were also too numerous and large to walk through. Exhaustion caused me to miss one thing I had hoped to see which was the Peter Pan Statute. Author JM Barrie found this home inspiring. Now there are also several fountains, walks, and even a playground named for Princess Diana that came about since I was there last.

The Palace allows all State rooms to be open to the public and I believe the same can be said of all of the royal properties so be sure to look up the information in advance of your visit for the details.

When I was here I saw a great exhibit about Princess Diana that included much of her famous wardrobe. I would also later take in the touring exhibit of the story of her life when it came to the United States (http://bit.ly/2gkTMJa).

Another highlight of my trip to Kensington Palace was seeing the rooms related to Queen Victoria, especially the room was born in.

I have been to some pretty magnificent mansions but of course this takes the cake.

For those of you with impending nuptials, Kensington Palace is now a plausible venue for your upcoming wedding. You can choose from an outdoor ceremony in one of the gardens or an indoor reception for any number of guests.

This truly has become a palace for one and all. 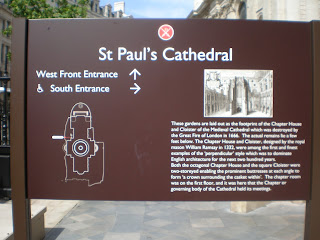 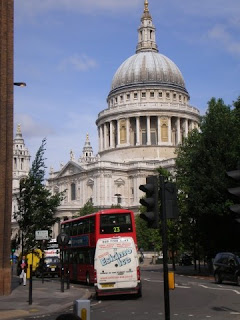 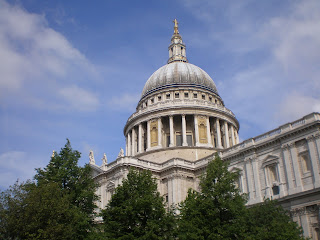 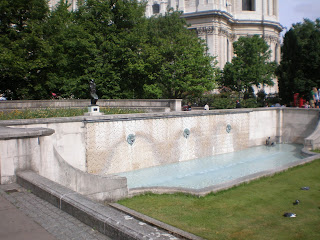 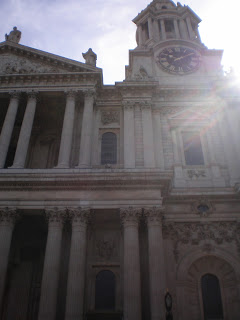 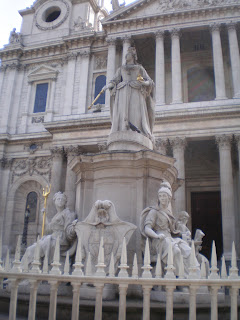 There is something about a royal life that must include churches. You’ll note this is where Princess Diana and Prince Charles were wed in 1981. Everyone remembers her dress with that long, long ass train with the giant shoulder pads. Got to love the 80s.

St. Paul’s Cathedral is over fourteen hundred years old. Inside you will find walls dedicated to those in the arts like Noel Coward and Boris Karloff (a.k.a. Frankenstein's monster).

St. Paul’s is located in a very busy area. It seems almost too grand to be there on an average street with so many passerby’s off to work or play.

In the lower level of the cathedral there is a crypt that have the burial spots of Admiral Lord Nelson, Sir Christopher Wren, and the Duke of Wellington.

On the second floor is the notorious Whispering Gallery where anything you whisper on one side can be heard on opposite side of room.

From this floor there is a three hundred and sixty degree view of London. If you dare you can climb up another floor to the Stone Gallery you will find a panoramic view of London.

If you have made it this far, it’s only another one hundred and fifty-three steps to the Inner Golden Gallery situated at top of inner dome for even better, panoramic view of London.

Suffice it to say I didn’t make it past the Whispering Gallery and I am pretty sure my heaving breathing from getting there was heard by all who were there that day.

Word of caution folks! Learn from my mistakes people, do not walk down to the crypt first and then up to the Whispering Gallery unless you are practicing for a 5k run. That climb nearly killed me but I didn’t want to miss a thing, not unlike Aerosmith.

Keep in mind there is no sightseeing allowed on Sundays. That day is reserved for church services only. 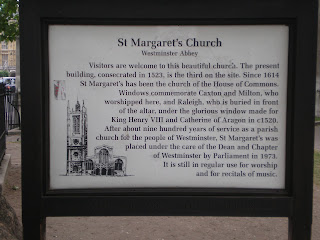 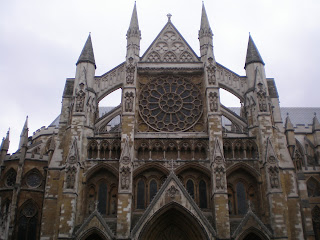 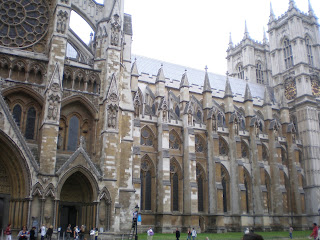 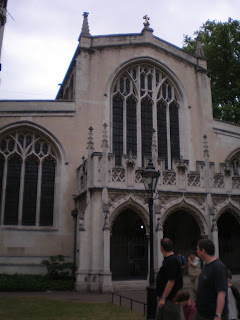 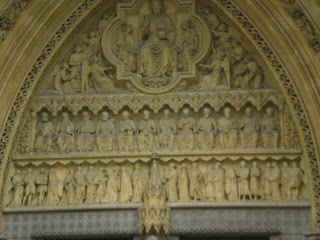 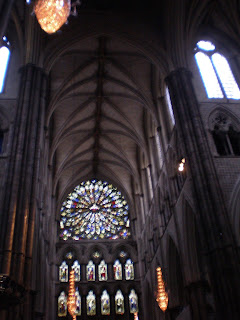 “Hands down the best abbey I’ve ever seen!"

That’s what Joey from FRIENDS said when he visited and I made sure to said it when I was there too.

It really is a site to be seen. Not only is it grand, it is more beautiful than any other church I have seen that comes to mind. It is also home to much important history.

For starters it is where the monarch has had his or her coronation ceremony since 1066. The coronation chair is on display and remains a highlight of the sights I took in.

Westminster Abbey happens to be the burial site of some well known to us, such as: Jane Austen, Charles Dickens, Issac Newton, Charles Darwin, and Geoffrey Chaucer, as well as many members of the royal family.

Westminster Abbey was in the spot light in 2011 as the location of Prince William and Kate Middleton’s wedding.

A new exhibit will open later this year featuring displays celebrating Queen Elizabeth’s Diamond Jubilee. It will feature a gallery that had previously been off limits to the public, seventy feet above the Abbey floor!

Unfortunately photography is not allowed anywhere inside the Abbey.

Once again Sundays are not open for visiting just church services, but even if you just pop in for a prayer you won’t be disappointed.

For those of us destined to live our lives out as commoners, who will not get to live the royal lifestyle, these locations let us peer into it from time to time.