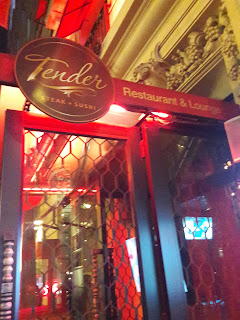 A great dining experience is one that remains in my brain forever. I will remember every detail and treasure it always. For me, there isn’t anything as special as a fine meal with someone you enjoy spending time with. Such was the case for my first visit to Tender Steak & Sushi. 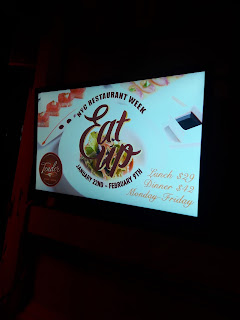 I have long wanted to visit Tender though I do not remember how I first learned about it. I have known about it for over a year as it was prominently featured on my annual 2017/2018 to do list (http://bit.ly/2s4Ydji).

Finally I could wait no longer. I decided Restaurant Week (http://bit.ly/2CkqhQR) Winter 2018 was the time for Tender and I to get acquainted.

I met up with a beloved cousin of mine to share this dining experience. I knew this was a great opportunity to have a few laughs and do a bit of catching up.

We both agreed that this was the kind of restaurant where there were so many things that sounded delicious, that making any kind of choice would be difficult. However, many of what we wanted to taste was on the Restaurant Week menu so we did decide that much early on. We knew would be doing a fare share of tasting one another’s food. 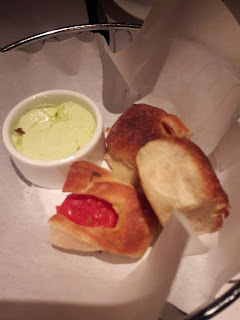 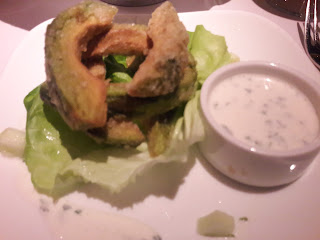 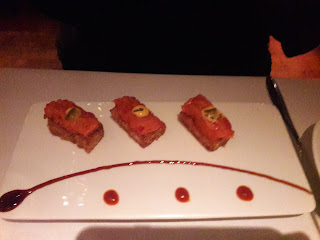 For an appetizer I ordered the avocado fries which looked a great deal like a giant apple that had been peeled. It was served with a side of ranch dip. My cousin ordered the spicy tuna crispy rice served with spicy aioli and pickled jalapeño.

While these dishes were very different from another they were both amazing. The avocado fries were rich and creamy like avocado is with a coating that provided a crunch. The batter was rather plain and not greasy. They were very hardy. The ranch dip on the side was equally as good or better than the avocado fries themselves. In fact, all of the sauces served on the side were unbelievable. Times like this always make we wish restaurants had gift shops where their creations were available for purchase.

The spicy tuna crispy rice wasn’t at all what I pictured. I was picturing a dish of fried rice with tuna mixed in. However their approach was much more creative and delicious. It was a compacted piece of rice with the spicy tuna layered on top of it. It was so good I could have literally ate one hundred of them. 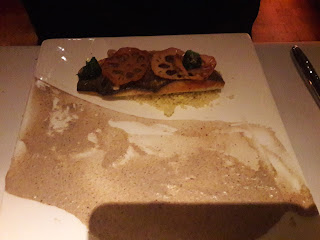 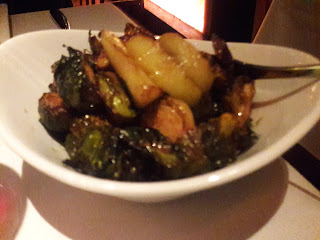 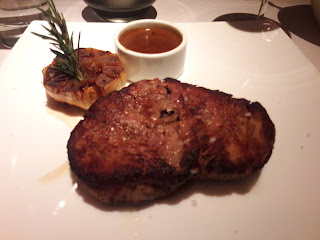 Our entrees included an order of branzino, made with a shiitake puree, lemon mint couscous, and lotus root. Since this was a steakhouse after all, I couldn’t resist ordering the filet mignon. I took my waiter’s suggestion and got the peppercorn sauce on the side. Again due to his suggestion, I ordered a side of the caramelized Brussel sprouts.

Both dishes went along nicely with the glasses of Pinot Noir we began our meal with.

The branzino was the only item placed on the table that I didn’t take a bite of. My cousin said it was good but it looked like such a tiny portion compared to the big, juicy steak I had in front of me.

Speaking of which, I couldn’t have loved it more.

The steak was cooked to perfection which for me meant well done. But rather than it being over done, it was actually on the tender side, no pun intended. The peppercorn sauce was a bit spicy but creamy and smooth at the same time. Next time I think I would try it with the truffle butter.

Even though I was getting pretty full I made sure to eat every single piece of steak on my plate, and was kind enough to let my cousin taste a bite or two.

The Brussel sprouts were some of the best I have ever tasted. I wish I knew their recipe because I would be eating them daily. 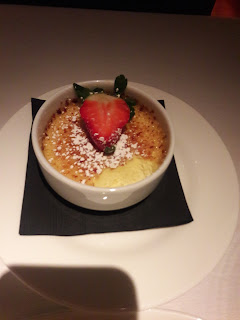 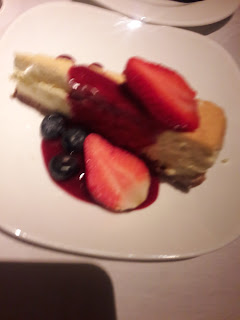 Dessert was a no brainier. We got the New York style cheesecake along with a creme brûlée. That poor creme brûlée didn’t stand a chance. It vanished almost as soon as it appeared. I have not have such good creme brûlée in the States since I was at Le Boudoir (http://bit.ly/2s3kttO) last year.

The cheesecake was pretty spectacular as well. It was smooth, and not dry as some  restaurant cheesecakes can be. The freshly whipped cream, something I am not usually a fan of, made it extra special. Needless to say it didn’t fare any better than the creme brûlée. 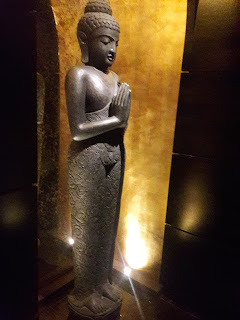 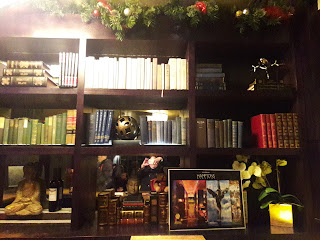 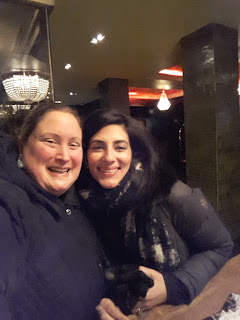 When it was all over I was so beyond full but still eyeing all of the sushi that had been ordered around me. I know I will be going back to Tender because there is so much of their menu I am actively craving. 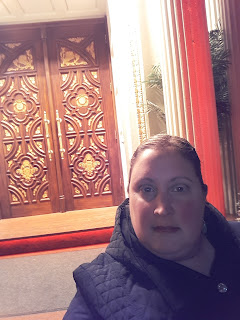 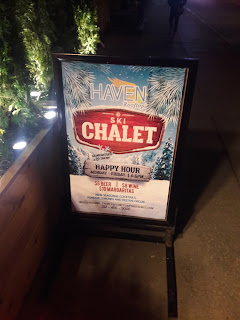 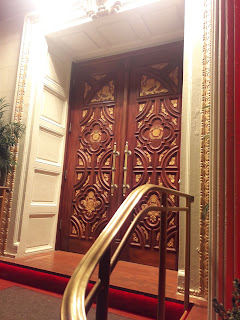 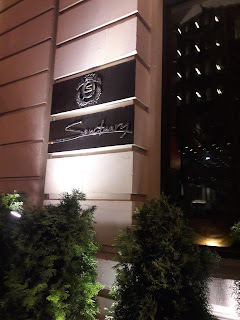 On my way out I made an odd but happy discovery; Haven Rooftop was the bar located here. Haven Rooftop has also been on my annual to do list. Had I known this information ahead of time I would have planned this dinner better to accommodate a visit there as well. But now that I know where it is I am eager to plan a brunch or happy hour real soon.

Tender Steak & Sushi is such a gorgeous restaurant, as it is bathed in red light and dark furniture. There is art work all over including the numerous elegant sculptures everywhere, including those on the way to the restrooms.

This is the kind of place where no matter how much time you spent there you will leave transformed.

Restaurants and meals like this are reasons I heart the concrete jungle I call home.