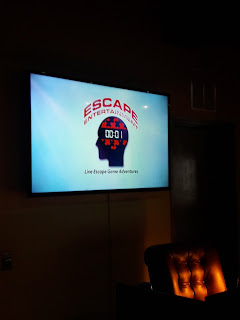 I have always loved a good mystery. As a child I read every Cam Jansen book (http://bit.ly/2uqEg8F) I could get my hands on, in college I wrote papers with Unsolved Mysteries on in the background, and now my latest obsession is anything to do with the FBI Behavioral Analysis Unit.

But now I had a chance to get in on the action.

The latest trend in group activities are escape rooms. They are places where there are numerous rooms where you and your party are locked in (relax - its only for an hour) where you have to solve a puzzle using all of the information hidden in the room in order to “escape” in time. If you are successful the amount of pride you will feel will be comparable to winning the Olympics, as I found out.

There are no prizes awarded to those who win, other than glory, but surprisingly you become incredibly invested in becoming victorious. 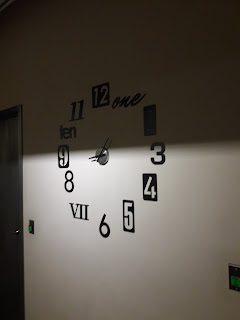 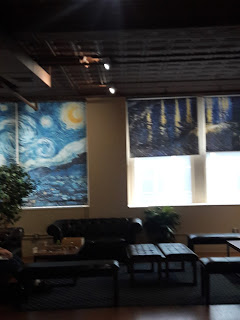 For my adventure I went with four of my closest friends. The game I choose had a capacity of five to ten people. My group only had the minimum necessary so if no one else had signed up we would have played only with each other. However upon my arrival and checking in, I learned that there would be two others joining us.

There are more than one company running these activities so make sure when you are selecting one you are aware of the company name and address of the game. The company names sound extremely similar so if you aren't buying all of the tickets for your group it is safest to send a link to your friends to ensure you are all arrive there.

The two companies I know of in NYC are called “Escape the Room” and “Escape Entertainment”.  Escape the Room have games located Downtown as well as in Midtown Manhattan.

I chose Escape Entertainment, which has one location in NYC, simply because I liked their games the best. Since I was the leader in planning this for my friends and I, I chose the game I was most interested in: Prohibition Pandemonium.

This game was described simply as:

“You’re in a Roaring Twenties speakeasy and the cops are banging on the front door. Do you have what it takes to find the secret back exit and escape the long arm of the law?”

Don’t worry if you are interested in this game in the future I assure you there will be no spoiler alerts here. In fact I am not even sure I could describe to you what exactly we did. I remember only highlights from that hour, which incidentally was the longest and shortest of my life.

When you enter the room, where the game takes place, we met our co-players and were given the parameters of the game by an employee. While I did not catch her name she was incredibly sweet and very helpful.

We found out that the tv screen in the room provides clues as you go along when you seem to be struggling or going in the wrong direction. The room is being monitored at all times to make sure you are not filming or taking pictures, and that no one in there needs any type of aid, since you are locked in. There is an emergency button should one arise and the employees are right outside the locked door so there is no need to worry. There is also an intercom where you can ask for help up to five times during the hour if you are truly stuck. Since we were ballers we only asked for help three times.

As we began the game I didn't think we would ever get out of there on our own. This thought became stronger as time went on. At times I never felt stupider in my life. But when it was me that was able to solve part of a clue that helped my group move forward I felt like a hero. It was an emotional time.

With thirteen minutes to spare that beautiful (final) door opened and we ran out! I screamed with excitement and just might have terrified those in waiting in the lobby.

After that we returned to the room with our lovely guide to go over everything. We were allowed to ask any questions we had and she was able to tell us what we did wrong. My biggest question before we finished was that if we weren't able to correctly gather the clues we needed to escape, would we ever find out how we should have? I am glad to know that we would have.

The game was way harder than I thought it would be. It is interesting to see what parts you can contribute and what skills your friends bring that when put all together allow you to solve this giant puzzle.

We found out that this particular game has only a thirty-eight percent rate of success so we were very proud of ourselves for completing this on our first try. I asked what the fastest rate of completion for our game was and the answer was twenty minutes. But those folks were founders of Fortune 500 companies and probably secret members of MENSA. 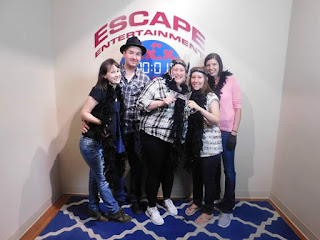 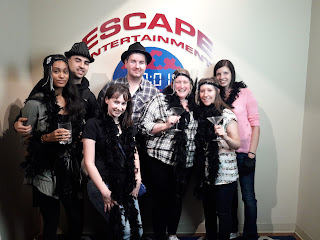 My experience at Escape Entertainment was excellent. The staff was unbelievably nice as was the facility. We were able to take some fun photos on our way out which was the souvenir I had been most eager to get.

Escape Entertainment is also located in Philadelphia and London, two cities I love. The games offered there vary slightly from the list for NYC so if you are traveling, you have the opportunity to play wherever you go without repeating any prior experiences.

We celebrated our victory and held our debriefing at Chevy’s Tex-Mex (http://bit.ly/2uvc53r).

This was the activity I was MOST excited to cross off my annual to do list (http://bit.ly/2s4Ydji). I have wanted to visit an escape room ever since I saw the women of The Real Housewives of Beverly Hills do it as a bonding activity during Season Seven.

Now that I have finally done it (and won) I am really wanting even to do it again. Definitely a different game, maybe in another city, perhaps with a different group.

I am curious if this was a fluke or if my detective skills are truly up to par.