For the Best Way to Have a Colorful Day: “Crayola Factory Experience” 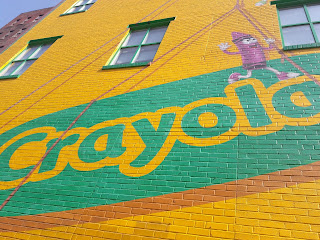 They are one of the first purchases your parents make when you started school. They are the basic tools a child has to express themselves even before they have the words to do so. They are behind the many childhood keepsakes we all hold so dear. And if you had them in the sixty-four count box with the sharpener on the back, you were a boss.

I am talking about Crayola Crayons of course. 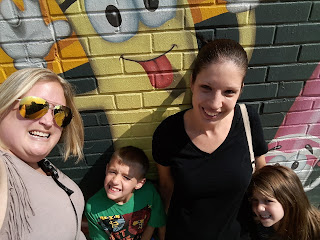 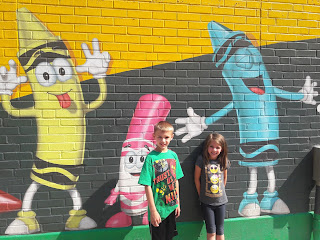 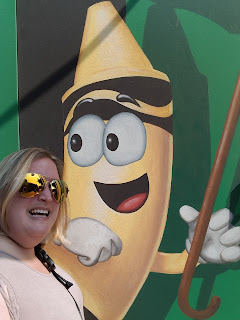 Crayola is a brand that dates all the way back to 1903 and is one of the oldest businesses in American history. It is also one that has touched most of our lives. I don't know how many other companies can say that.

The Crayola company was founded by cousins Edwin Binney and C. Harold Smith who used Binney’s fathers’ previous pigment business as the foundation for what they would create. The very first boxes of crayons contained eight colors and cost five cents, which would cost a dollar thirty-two in today’s money. 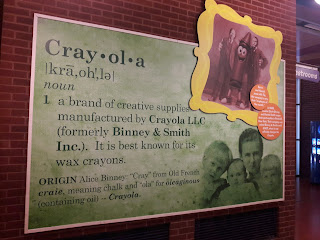 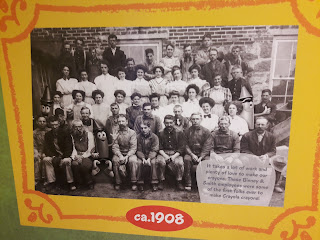 My trip down memory lane was triggered by a recent visit to the Crayola Factory Experience in Easton, Pennsylvania.

While it was commonly called a Factory, it technically isn't one. Now Crayola uses the word Experience to lessen the confusion, which is why I included both words in my title. No matter what it is called it is a place for children of all ages.

I went with my best friend and “our” two kids. We have been meaning to go for over a year so to finally be on our way was exciting. 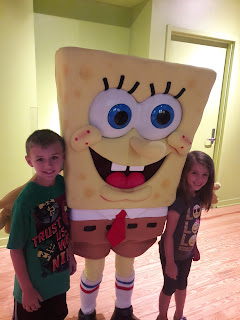 The drive to Easton, PA from Brooklyn, NY took about two hours without traffic. We left early to be there for when they opened at 10 a.m. which was smart because by the time we were ready to head home in the early afternoon, the place was really starting to get packed.

By far the best parts of our day all took place on the second floor. There is essentially nothing on the first floor but the gift shop, restrooms (they are also on the other floors), the largest crayon in a display case, and the cafe. 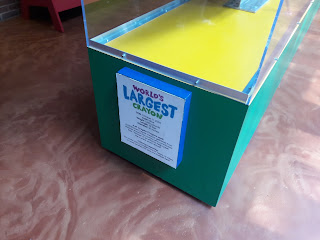 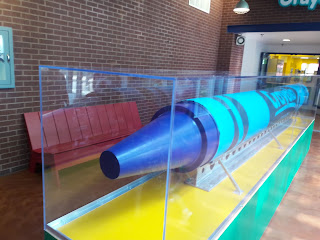 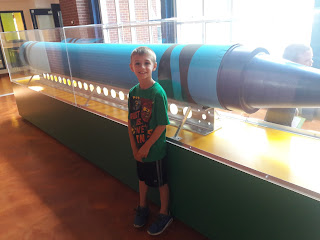 On the second floor you begin your experience by watching a film (that also features some live action) which tells the story of how a crayon is made. I found it fascinating. I especially like that they had a counter all lit up that was counting the amount of crayons made that day. It was in the millions…… unbelievable. 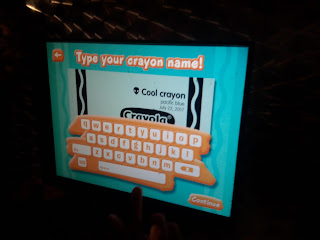 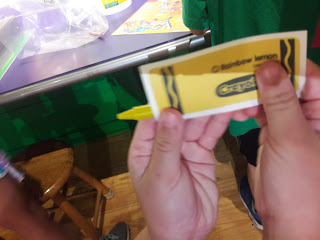 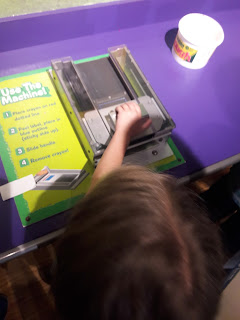 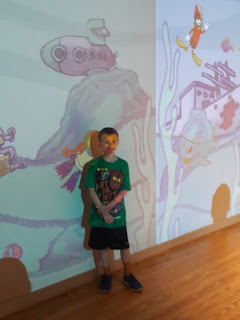 Also located on this floor were Wrap It Up and Art Alive stations. Wrap It Up allows kids or adults to choose from an array of colors and then create their own name, color, or other distinction on a label that then prints out. From there you take the crayon and label and use a wrapping matching to create your very own crayon. As many times as we did it, it never got old.

Art Alive allowed drawing to be projected on to the blank walls nearby the creating stations that had been set up. Each drawing was featured on the wall for a few minutes so each child had almost fifteen minutes of fame. The drawings came to life using whatever action was selected on the screen used to create the art work. It was pretty cool. 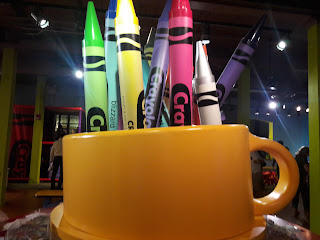 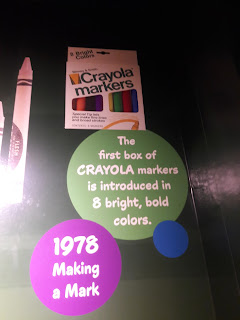 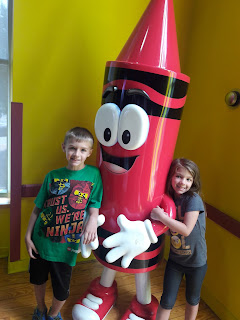 Disappointingly, floors three and four were really the ones I feel we could have done without. They were mostly comprised of arts and crafts activities and while a handful of them were cool: like drawing a picture and having it turn into a puzzle, there were also activities that you can find pretty much in any place geared towards children. One such example is found on floor three in what Crayola calls the Color Playground which has nothing to do with crayons and is an indoor climbing play set where lots of kids were making a lot of noise. There was one similar to this when we visited Legoland (http://bit.ly/2wMu1rL) back in 2015. I prefer when the theme of a place remains important throughout a facility. 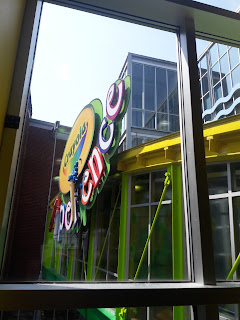 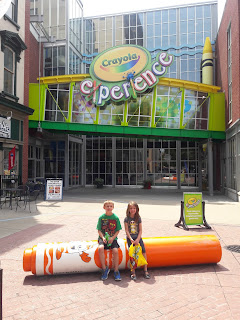 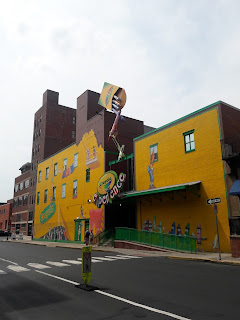 On floor four there were two activities I considered a must do. First up are the Melt & Molds; where each child picks a crayon color they like and get to insert it into a special machine where they watch it melt and mold into either a car or ring that you can actually wear. This will have the longest line so I recommend doing that first.

The other impressive activity on this floor was the Meltdown. That is where the crayons are used in was form and you can use any of the five colors to draw anything you wish. What is special about this process is that the kids see the color on the paper in liquid form it is instantly dry to the touch. This is not something you could recreate at home - reasons like this are why places like this need to exist. 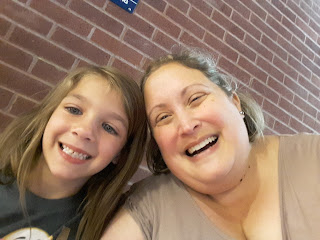 By the time you reach this point both you and your child will be happy to see your visit coming to an end. Crayola approximates that the average visit lasts about four hours but I say we could have done all of the important stuff in two.

As we were on our way out we stopped at the cafe inside the Crayola Factory for lunch, but that left a bad taste in my mouth. Even though the space was huge there was a very limited selection of foods available. You had a choice of a hot dog, a plate of two slices of pizza, yogurt cup, bag of chips, or bag of cookies. The variation as well as the quality was not nearly what I expected. That is the area where I feel they have the most room for improvement.

We were all glad to have gone but do not feel a need to revisit anytime soon, if at all. Perhaps if we lived closer or had younger children.

Apparently we all agreed that having one colorful day in our lives was all we needed.