For Musical Stylings of Ms. Mary J. Blige: “The Strength of a Woman Tour” 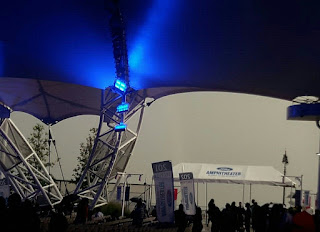 I have been waiting to see Mary J. Blige live in concert for most of my life.

No, seriously I have.

My proof is in the fact that I first listed seeing her in my 2014 annual blog to do list (http://bit.ly/2uPTy6W) and she still remained on there this year (http://bit.ly/2s4Ydji). That is until I heard about her appearing in Brooklyn! But contrary to my initial thoughts she would not be performing at the Barclay Center, but at the brand new Ford Coney Island Amphitheater. This venue opened up just last year and I was lucky to be one of the first to visit when I saw Billy Ocean (and my cousin) perform (http://bit.ly/2vcGC7t). 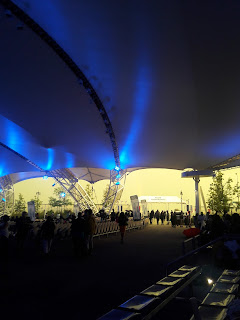 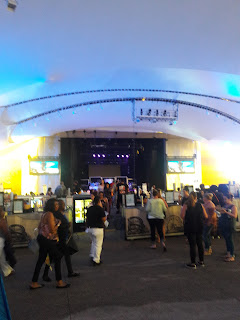 I am not a great fan of the Barclay Center, having been there twice already (http://bit.ly/2wCqLm8) although it did bring many major acts to my neck of the woods allowing me to skip schlepping to NYC or NJ. However Coney Island is even closer and a smaller, much more manageable venue that is a pleasure to attend. Plus the cheaper ticket prices are a great help.

So finding out that Mary would be playing here seemed too good to be true. In fact from the moment I bought the tickets until I left in the car that night, I kept rereading the ticket making sure the I had it right. 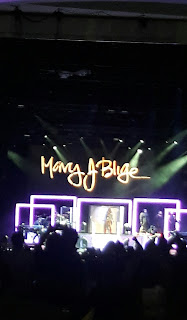 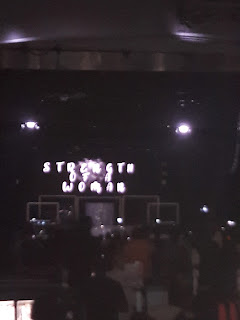 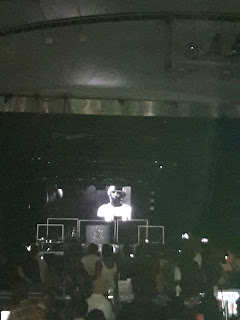 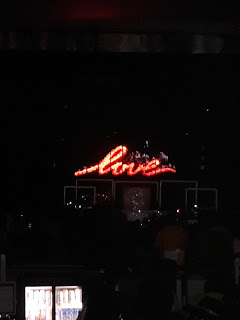 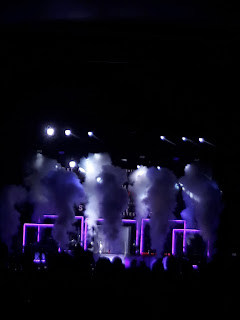 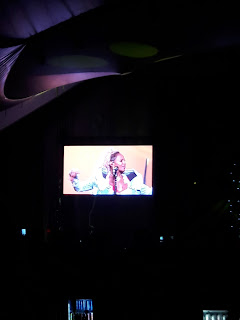 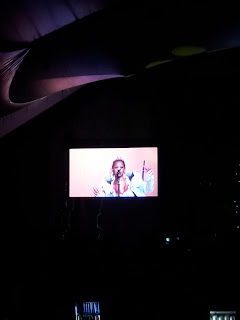 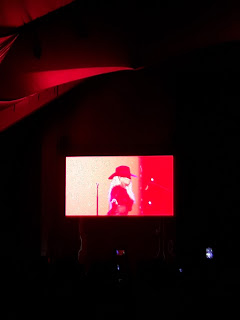 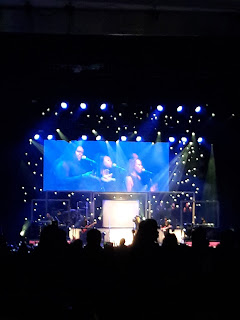 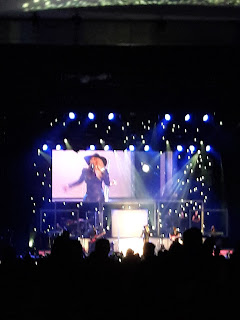 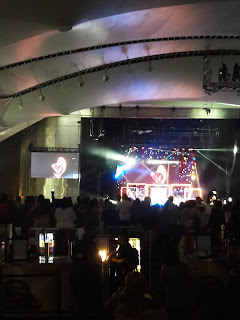 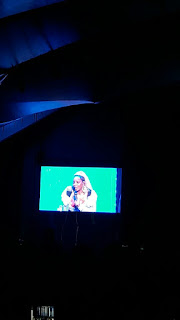 Despite the fact that the heavens opened up at full force as soon as my friend and I set out for our big night, that didn't dampen our mood. Pun intended.

In fact it would have taken a lot more than getting soaking wet, which we did, as we made our way from the car to the theater. The energy was electric all around. You could feel that everyone around you was just as pumped to see Lady Mary as we were. As my friend said: ‘it was like a religious experience for some folks”. I won't go so far as to say that for myself but I was pretty stoked nonetheless.

However there was one major problem that night; all of the waiting!! As if waiting for the opportunity to see Mary J. Blige in concert hadn't consumed so many years of my life, as I sat there wet and hot in Coney Island, waiting seemed to be all we were doing.

I arrived about forty-five minutes before the show started and it kicked off with a bang with a DJ playing all of the 90’s hits I grew up with and still love. I am now playing the part of the old person who says to today’s young adults that music today is crap and tunes back in my day were the best. But it is how I really feel.

That fun was short lived.

The opening act was Lalah Hathaway, who I was not familiar with. Some of the crowd seemed to be but not nearly as much as you would expect. I have learned she has a pretty healthy career but she wasn't a fit for me. She sang for about thirty to forty-five minutes but for me it felt like an entirety. Between the slow, monotone songs and the burning desire to see Mary, it felt to me like she was on for hours.

Once she was done, I would still have to wait another half hour for the Ms. Blige. By that point I was almost on the verge of leaving. Almost……

It was a day in July 1992 was when the world was changed forever. Mary J. Blige released her debt album, the infamous “What’s the 411?” Since then she has released thirteen albums including my favorites “A Mary Christmas”, “Share My World”, and “No More Drama”.

Her singles that make me move and sing out loud are countless but definitely include “Real Love”, “Not Gon’ Cry”, “My Everything”, and “Just Fine”. Her newest album, and name of this tour, “Strength of a Woman” has many great tunes as well. I believe my favorite was the one she opened the show with; “Love Yourself.”

The thing about Mary J. Blige is that her voice and soul come across in everything she says and sings. You feel the pain, joy, strength in every sound. She is the woman you want to be, the woman you want to be friends with, and the woman every man (or woman) should strive to attain. The lessons of her life and self love are ones she seeks to share. The energy she had on stage was contagious and everyone was on their feet from the moment she came out. For me, it was my cardio that week. Her fashion is always on point and flawless. I could see her toned abs from my seat in the very back of the room. She looked like a perfect Barbie doll. Her earrings alone were the size of my head and I wouldn't mind borrowing them sometime.

As a New Yorker she was thrilled to be in her hometown and so happy to feel the love the audience gave her. There were plenty of times she didn't even have to sing, we were happy to do the honor for her.

She was on stage for about an hour and a half but I wish she would have done another thirty minutes. She sang every song I hoped to hear and then some. The next night she played Madison Square Garden and I don't know how she does it. As all talented performers do, the show you see seems like it is the first time the artist is doing it. That’s how you know you are in the presence of a professional.

Mary J. Blige is only ten years older than I am. This is a fact dumbfounds me. With all that she has been through and accomplished I feel like I am losing the race. It is just then that I remind myself life isn't a spirit and as long as you are making progress in the right direction each day, you are headed toward your destiny. I too seek to share my world.

The Strength of a Woman Tour runs until September 23 where it will end in Louisville, Kentucky. So if like me, you have been waiting a lifetime to see Mary, get on it right now.

Seeing Ms. Mary J. Blige perform live was everything I hoped for and more. Like other great performers, I believe I could see her in concert year after year and still enjoy hearing her talent live as I sing along to all of my favorite songs.

But since it took so long for me to get this experience it will be one I treasure that brings me, as Mary would say: “So much joy, In my world” for years to come.