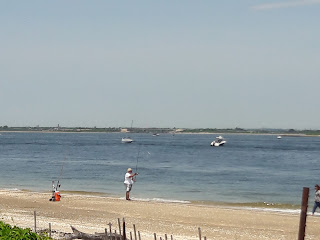 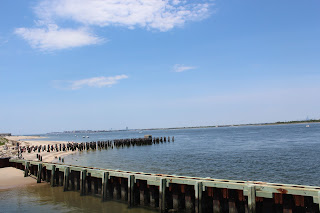 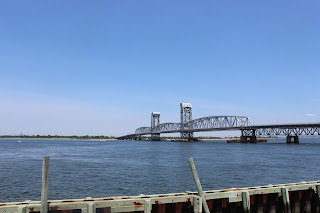 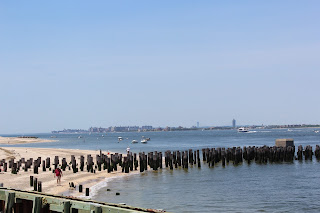 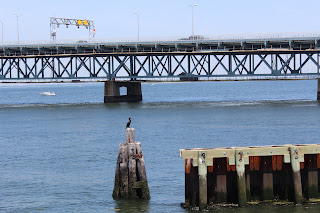 I have a deep love for large aquatic animals. A love so deep that I yearn to get up close to them. If I had been born in a different generation I would have no qualms about visiting Seaworld (http://bit.ly/2somqNI) but since I never went in my childhood and am now a fan of the documentary “Blackfish” as well as the memoir “Beneath the Surface” (http://bit.ly/2sTwKRc), that is no longer an option for me.

With that being said; whale watching out on the open ocean is the only available option. Luckily for me I found a spot not too far away where such a thing was taking place. Thus it landed on my 2017/2018 to do list (http://bit.ly/2u0g9db). 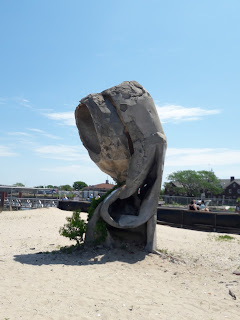 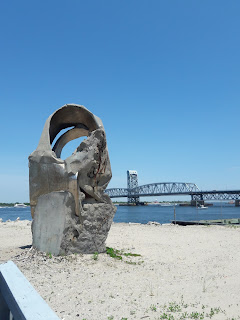 Whale watching from the shores in NYC seems too good to be true. I know they are many whale watching tours on the Eastern seaboard further north like Connecticut, Massachusetts, and even Maine. Finding this activity so close to home was like receiving a gift. But I had heard a lot about it and saw that there were many sightings in recent weeks.

Whales have been showing up more and more in the NYC area. With the many protections over these animals as well as the environment their food supply is ample allowing us the joy of seeing them. Unfortunately due to the current administration these protections may not last long into the future. 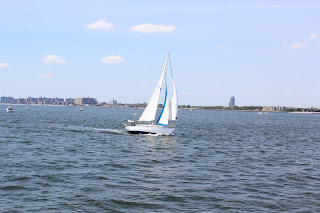 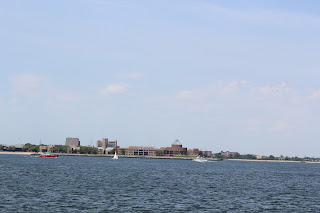 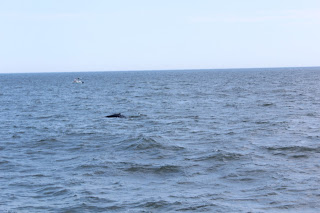 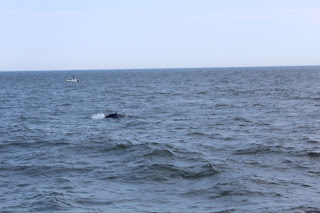 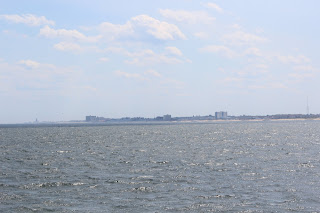 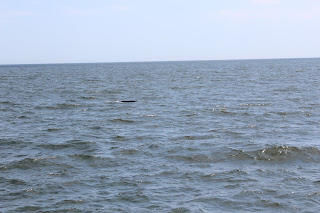 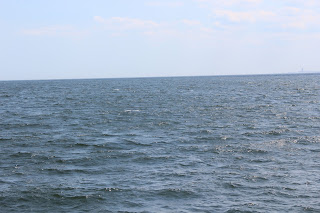 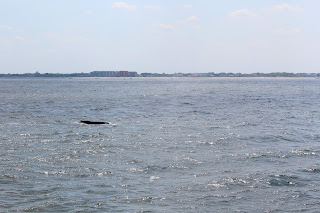 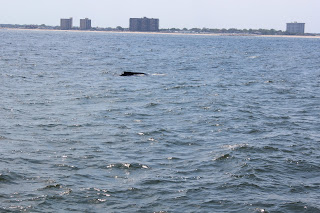 American Princess Cruises gives four hour tours which depart every Saturday and Sunday from May-September and costs approximately fifty dollars (reservations are a must). I thought that was a reasonable price. Of course sightings cannot be guaranteed as the whales and dolphins in the water are not baited. Whatever you do manage to see is all part of the natural activity that those animals would be engaging in whether or not you were there.

I was so anxious before I got on the boat because I so badly wanted to be sure I saw at least one whale. That seemed to be a popular feeling among my sail-mates that were with me on this sold out cruise.

The tour leaves the Jamaica inlet and heads out towards the Atlantic Ocean in between New York and New Jersey depending on where the most sightings have been that day. That is the slowest part of the day.

The tour begins with your guide, sponsored by Gotham Whale, telling you about the ocean and what you will be, hopefully seeing. After that it is about dead air for over an hour until you arrive in open water. Then the waiting game begins. This was the hardest part for me.

Since there are no whale schedules you just have to wait and watch. Everyone is on their feet waiting and watching. The white caps on the water could be the top of a whale’s head or just the water breaking. You don't know until you know.

Then you hear someone screaming.

So a bunch of people start turning their heads and moving all around the boat to get just a glimpse of whatever someone else saw. But they flash by well in a flash. Mostly I saw a lot of tales and tops of heads. Sometimes you can see them swimming just below the surface of the water.

In my fantasies I pictured these enormous creatures jumping all the way out of the water right next to the boat. However because of the laws boats aren't allowed to get too close. I also didn't realize how close in color the water and the whales are. The whales in this area are humpback whales (who aren’t the cutest sorry) but are dark grayish in color, sadly so are the NYC waterways.

Though I did get to see several whales they come up so fast and slip back into the water even faster I never managed to get a good picture. Eventually I gave up and had to accept that it was better to live in the moment especially because it was so exceptional. At that point nothing else mattered.

After many bursts of excitement the ride back can be boring but mostly it made me sleepy. The rocking of the water soothed my soul. It was a gorgeous day to be out and about. I had been waiting so long to get the chance to go that I felt incredibly lucky to be in that place at that time.

Next up, I MUST get to Seattle (to visit) and so I can take a boat over to Puget Sound. I hear that the San Juan Islands off the coast of Washington State are the best places to see orcas in their natural habitat. Seeing those most magnificent of all creatures up close and free is a part of my ultimate dream.