For Find Out Friday- Week 37 What Features of Our Nose Effect Our Sense of Smell? 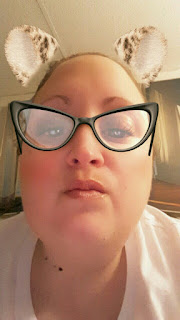 I was watching a television classic the other night, Little Woman of L.A. and surprisingly it sparked a burning question in my mind. Is the real reason why Brianna cannot smell her own body odor (if in fact she has any) because she has no bridge in her nose?

This random question began because of one rude girl’s comment to another but I wanted to know if it could be true. My research led me down a path of many unrelated diseases and illnesses. When I began researching dwarfism, the signs, symptoms, and treatments for ailments resulting from the condition, I got closer to the answer.

Achondroplasia is by far the most common form of dwarfism affecting over seventy percent of the LP (little person) population. There are many features that characterize this type of dwarfism including: a large head with a prominent forehead, protruding jaw, crowded and misaligned teeth, forward curvature of the lower spine, bowed legs, flat, short, broad feet, double-jointedness, and a flattened bridge of the nose.

It is that last feature that provided some insight what the actual problem could be. Does the flatness or lack thereof a bridge in your nose have anything to do with our sense of smell? The answer is a resounding yes.

The technical term for the inability to smell is anosmia. This is something that can develop suddenly as the result of an accident or bodily trauma (temporary anosmia). However, if you have it from birth there is usually a genetic reason behind it (genetic anosmia). For those who had suddenly experienced inflammation in the nose from one of the above mentioned causes, it can be treated by simply reducing said inflammation. But if you are born without this ability it unfortunately stays with you for life.

This made me think about my own genetic illness - chronic migraines. In juxtaposition to losing the sense of smell, my sense is actually heightened. I also tend to hear things like firetrucks before they are in view. While this may not seem like a curse, it certainly can be when things like cigarette smoke or police sirens that trigger my migraines come anywhere within my realm. It is times like that where a loss of one of those senses would seem like a blessing but unfortunately no-ones body functions that way.

The term hyperemia is the official term for a having a heightened sense of smell like I have. I believe this is also a common side effect pregnant women experience.

An interesting but scary fact I also learned today is that a sudden lose of the sense of smell or signs that the ability is decreasing is an early sign of dementia. This just goes to show you that you can never ignore any changes to your body and to always see your doctor with any concerns you may have.

So does Briana really have a decreased ability to smell, herself or anything else? Of course I don't know for sure but the possibility is certainly there. If that was the case I feel that much more sorry for all of the bullying she endures from her so-called friends on national television.

Side note - Terra has been extra bitchy this season. I am soooo over her ass.

The wonders never cease on reality TV. I wonder where it will take us next.