For Life, When in Newport: “The White Horse Tavern” 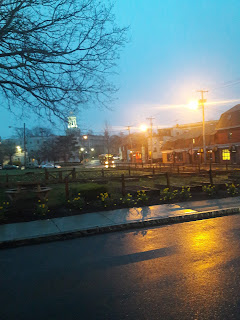 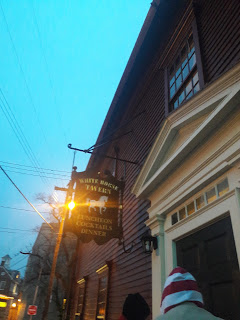 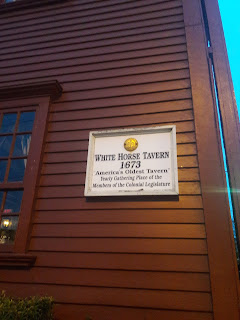 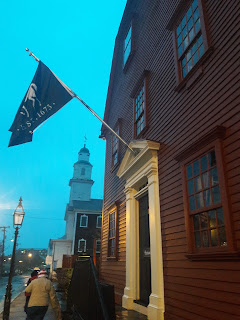 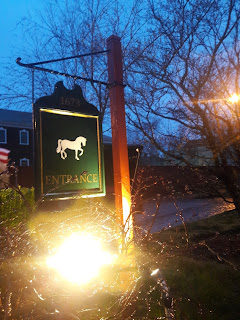 Well, after all that food I could really use a drink. Luckily for us I know just the place, The White Horse Tavern. It is both historic and modern and I had a damn good time here.

The White Horse Tavern has been open since before we were a unified country circa 1673. It is America’s oldest restaurant and there are whiffs of George Washington everywhere you look. You feel as if you are about to see him walk right past you if you pay close enough attention. Naturally this is a joint built right inside my wheelhouse.

My party and I took a seat at the bar on the second floor next to some locals who were finishing up their dinner and apparently several cocktails. We instantly become enthralled with our bartender who also happens to be a tour guide in the area and local expert on the bar’s history. While he poured our drinks he recalled us with stories about how he came to be involved with The White Horse Tavern and its many fascinating stories from the tunnels buried deep within used during prohibition and how they were finally able to link George Washington this location. Thankfully I had only one drink here or I would've been able to follow along.

As for that drink, well it has been maybe the greatest of my life. Or at least a close second. My real favorite has to be the Grey Goose dirty martini I had on my birthday this past year at Le Boudoir (http://bit.ly/2s3kttO) in Brooklyn. But that is not to show up The White Horse Tavern. 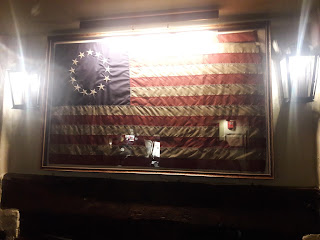 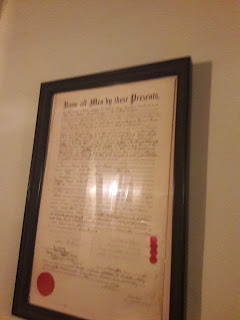 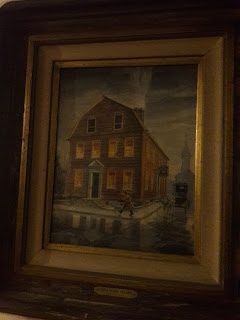 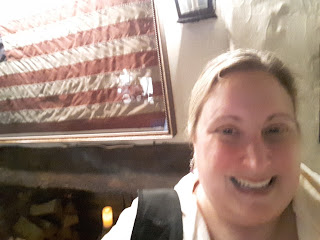 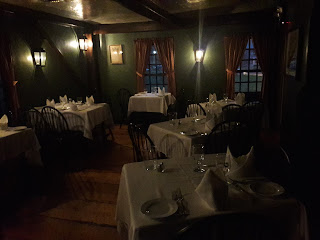 When I sat down I literally had no idea what I wanted but I wanted something that actually tasted good. For me alcohol rarely is delicious. It is either too strong or dry leaving a burning sensation in pouring down my throat. I have never understood how people enjoy drinking whiskey or bourbon straight and enjoy the flavor. I never taste any flavor other than gasoline. So while I sat that there debating my choice my new friend behind the bar recommended a Malibu Bay Breeze, something I haven't had in over ten years. But I went along with it. 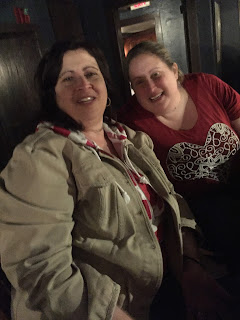 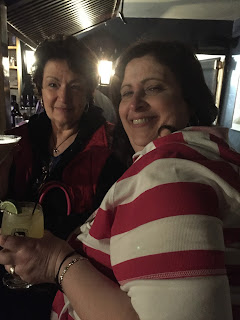 This version only had the coconut rum and pineapple juice (no cranberry juice) and was BEYOND delicious!! I couldn't figure out why or how he had gotten it just right. But he sure had. I could have sat there for days sucking those bad boys down until I slipped off the bar stool. Sadly I didn't have time for that in my schedule but I sure as hell will during my next visit. 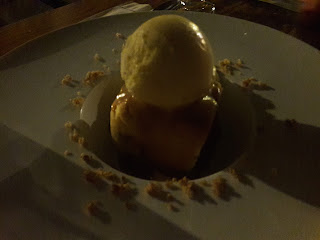 Now since I am not one to sit for long without eating we three decided to share a dessert recommended by the couple sitting beside us. We got the butterscotch bread pudding with vanilla ice cream on top. It was satisfying but a bit too sweet for my blood. I was much, much happier with my drink.

To see a bit of what I did check out this brief video:

Thrillist made a list of the most iconic bar in every state. Interestingly The White Horse Tavern was listed as such for both Rhode Island’s and New York. What are the odds you ask?

During my research I kept coming across The White Horse Tavern here in my hometown of New York City. I had never heard of it before and to my knowledge these two bars have no relation.

The White Horse Tavern in New York City was founded in 1880 and was a favorite among the famous like Dylan Thomas and James Belushi.

While the Newport location was a meeting place for the colonists and has been a boarding house at one point in the past. After a renovation in the 1950s it became the restaurant/bar you see when you visit today. And when you visit today make sure you find bartender/historian John Begin and take one of his Newport Cocktail Tours. John can be reached at NewportCocktailTours@Gmail.com and be sure to tell him The Queen of F-cking Everything sent you.

Clearly I have amazing taste, no surprise there.