For Find Out Friday - Week 38 Are We Really What We Eat? 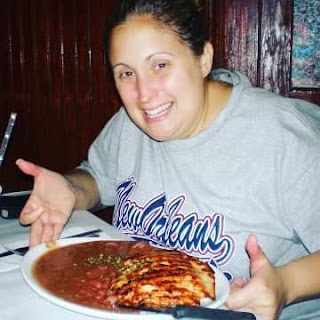 By now anyone who has seen or even heard about my blog knows I love a good meal. It is one of the things I live for in life. But sometime my body just doesn't want to cooperate. Now I am learning the cause may be the result of a little known bug.

The Lone Star Tick was first discovered in the 1700s, the allergy to what is commonly called Alpha Gal (galactose-alpha-1,3-galactose) was discovered in 2009. An Alpha Gal allergy causes your body to overreact to such foods by flooding your system with antibodies, thus making you sick. 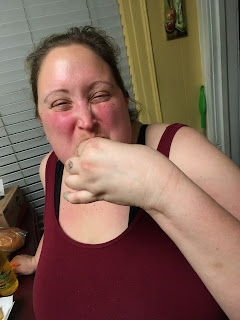 Alpha Gal is also known as MMA (Mammalian Meat Allergy) due to the foods that induce the illness brought on by this allergy.

"You're walking through the woods, and that tick has had a meal of cow blood or mammal blood," explained Cosby Stone, an allergy and immunology fellow at Vanderbilt University. "The tick, carrying Alpha-Gal, bites you and activates your allergy immune system."

I stumbled onto this topic at a baby shower I recently attended for my cousin and new cousins to be. During a roundtable convo with my girls, we began talking about food, while eating a big Italian style meal of course, and my cousin who was recently diagnosed wth Celiac Disease was telling us all about her symptoms and how she was eventually diagnosed. She mentioned that it is a genetic disorder so we should all get tested. We joked that she was trying to make commission off of any of us who might test positive.

On the other side of the room my mother was having a similar conversation with another relative of ours who was talking about this rare allergy her daughter (though not in the room) may have to beef and pork. While it has not yet been proven that, that particular young beautiful cousin of mine (I have a million) has this allergy she only feels well when she avoids those foods. It made me curious and thus led me to Google. 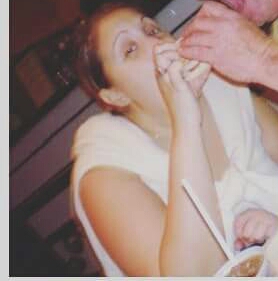 What I found scared me half to death on one hand but one on the other it felt like someone was reading my mind. Or more honestly my stomach. I have been trying to eat somewhat gluten and dairy free lately and I do feel better. My body certainly hates digesting anything heavy and beef, on the rare occasions that I eat it, does not seem to be a fan favorite. 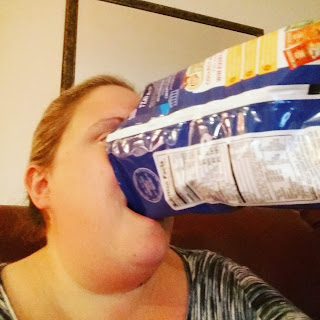 Along with the inability to process beef and pork, lamb, goat, whale, and even seal meats are banned where the reaction can range from a mild stomach ache to (and heaven forbid) anaphylactic shock.

Alpha Gal reactions use to affect only a small minority of the population, doctors are now seeing those numbers rise quickly. A big reason is because of the spread of the Lone Star Ticks.

At first, given the name, I stupidly thought these ticks stayed south near Texas. But do to the increased warming of our planet, this tick is now highly present all along the East coast and even reaching places north. Over time I suspect their reach will only spread further, what a frightening thought.

For those of us who do not known when of if we were ever bitten by a Lone Star Tick, there is yet another cause; life.

At any time we may develop an allergy to foods we have never before had a problem with. It doesn't mean we eat them too often or have induced an allergy somehow. It just means our bodies have changed. I know for a fact that every seven years our bodies are entirely regenerated and that allows for a myriad of changes we cannot predict.

While I do not know for sure that I have an Alpha Gal allergy I do intend to take the blood test to find out. At that time I will also be tested to see if I have Celiac Disease as well.

Whether or not I do, I am still going to listen to my body and try to lay off the products that will do the most obvious damage. I want to incorporate more of a plant based diet whenever I can. It is all any of us can do to take care of ourselves mind, body, and soul.