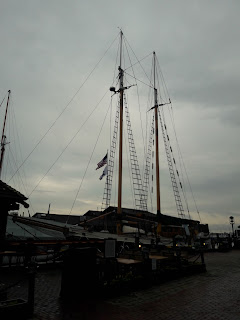 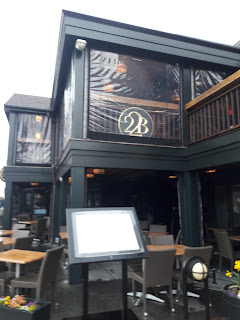 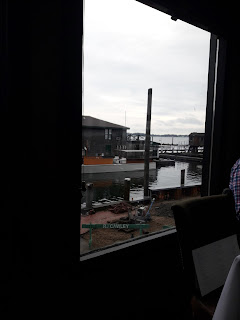 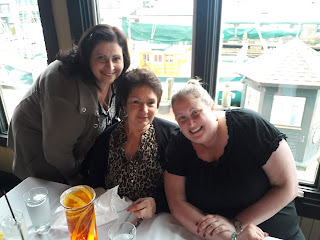 A good meal is really one of the best parts of life. Well, of a life well lived. I am blessed enough not to have to be stressed about this particular problem.  As they say no one likes a skinny, sober person anyways. 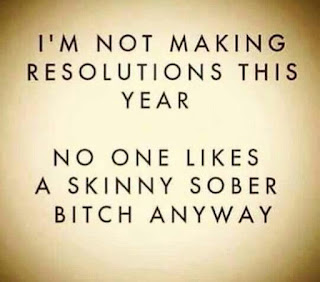 When it comes to food there are the meals you love to remember and there are those that you live to recreate. For me, 22 Bowen’s will ALWAYS be part of the later. In fact I have waited over five years to sit down again at one of their tables and our reunion couldn't have been any better.

The first time I spent an actual weekend in Newport was for my thirty-first birthday. For dinner that night I went to 22 Bowen’s for a celebratory meal (http://bit.ly/2r9OC9E). Though it was mid-winter and the area was quiet, it was a still a peaceful and beautiful site being on the water.

That meal long ago has remained close to my heart ever since as I strived to get back there. I never seemed to find the time even when I was in nearby Connecticut. Thus I made it my mission to make a special trip to Newport for this restaurant and to see all of the other sites I adore there. So when on my second day, as dinner approached, I had the excited jitters of a first time bride as I prepared to dine on the wharf once more.

As I burst through the doors, the restaurant was way more crowded than the last time I was here but then again it was now the peak travel season for the coastline. The weather hadn't been that great this weekend but apparently that seems to be a theme when I am in Newport. No matter, once I am in Newport I feel the sunshine within my soul.

I was with my mother who had accompanied me last time so she too was so excited  for this meal. But the cousin who was traveling with us was a newbie. After all of the hype she was an eager beaver to see why I had so longed to return. 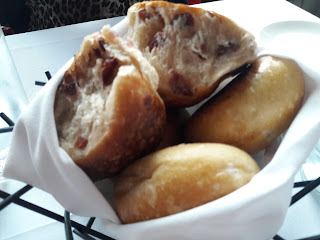 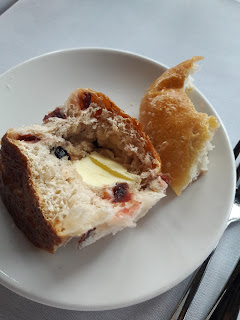 The menu is full of delicious things making the hardest part about being here deciding what to eat. I agonized but finally put down the menu just to end the torture. 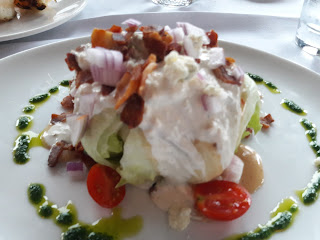 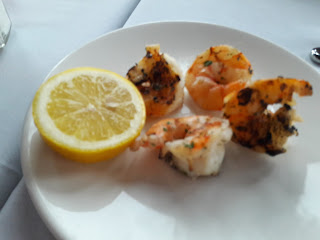 For my appetizer, I decided to go with the wedge salad (baby iceberg lettuce with bleu cheese, red grape tomato, smoked bacon and red onions) while the other ladies opened with some beautifully grilled shrimp.

Picking my entree, however, was a no brainer. It was what I wanted even though it isn't what I had last time. 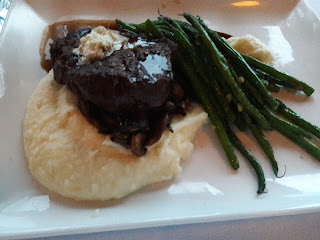 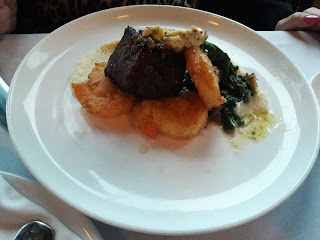 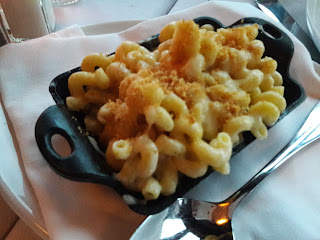 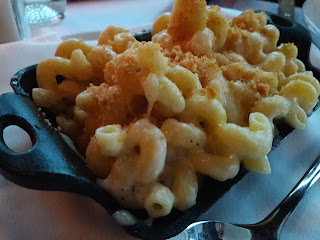 I ordered the infamous 22B filet mignon that came adorned with pommes puree, mushroom bordelaise, haricot vert, AND whipped bleu cheese!! I also ordered a side of baked mac and cheese to nibble on.

My mother had the same meal as I did, while my cousin went for the surf and turf (neither would be disappointed).

But back to my steak.

What a beauty it was! Like I actually get choked up, with tears in my eyes, thinking about it. If you tasted what I tasted you would know this was not me simply being dramatic. In fact the feeling reminds me of the way I feel when I think of how I love Paris. It is a kind of joy that nothing else can replace. It is pure bliss.

The first cut into my steak was even smoother than I could have dreamt. It was cooked medium well, just the way I wanted, in a butterfly cut over the grill. The crunch on top compared to the tenderized meat inside gave me shivers down my spine. The glaze it was cooked in was light and simple but ever present. The fancy green beans (haricot vert) were crispy side pieces while those mashed potatoes whipped with bleu cheese are the stuff last suppers are made up of.

When I think of the perfection of all of these flavors and how they danced in my mouth it is a wonder it happens nightly at 22 Bowen’s. No matter what they are handing you, it feels like a once in a lifetime event. The fact that my dream meal was even better than I had hoped, over five years later, says a lot. For one, it says that this is one of the top three restaurants I have EVER been to which is not something I say lightly. The incredibly attentive staff plays a large part in that decision. I feel like I am coming home when I walk through their door and that experience stays with me as I waltz out.

Since I am now already mentally planning my next trip to Newport I am thinking about what my first visit to The Black Pearl will be like. Whenever that happens I will be sure to make a reservation in very elegant Commodore’s Room. In that beautiful setting I will try their award-winning New England Clam Chowder along with their legendary lobster tails stuffed with crabmeat.

The only thing that could top a meal like this would be if part of this review ended up on the “applause” section of the 22 Bowen’s website.

Well, that and another steak.