For a Harry’s in Hanover Square: “Harrys Cafe and Steak NYC” 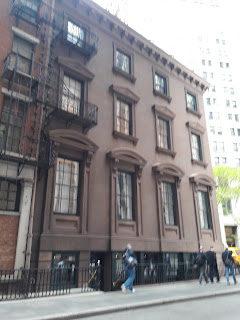 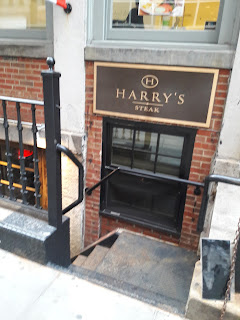 As my readers know, once I have a good meal I long for the chance to have that experience again. When I finally visit a long awaited restaurant that only ups the ante. In accordance with my current annual to do list (http://bit.ly/2s4Ydji) I recently visited Harry’s Cafe and Steak NYC.

Any reader of this blog knows I am no stranger to a good meal. For instance I just wrote about my food passions in Newport, Rhode Island.

Recently Zagat has this to say about Harry’s Cafe and Steak NYC:

“Long “Wall Street's go-to eatery”, this FiDi “throwback” beneath the historic India House attracts “captains of industry” with “mouthwatering” steaks and more backed by one of the best wine cellars in the city; it's “busy” for lunch, quieter at dinner and “expense account”–worthy all the time.”

Harry’s is located in Hanover Square in downtown NYC. It is located near two other institutions I adore: Adrienne’s Pizza Bar (http://bit.ly/2slvqGV) and historic Fraunces Tavern (http://bit.ly/2rfucts). Needless to say this block is like my home away from home. 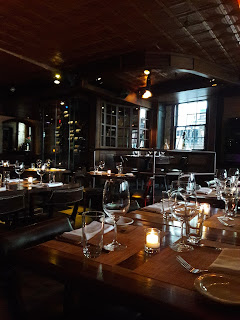 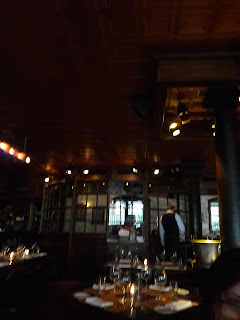 Harry’s Cafe and Steak has had a prime place in NYC hearts since its birth in 1972. Having immigrated here from Greece in 1956 Harry Poulakakos opened his first bar and restaurant in Hanover Square after having spent some time training under the legendary Oscar Delmonico - whose restaurant still remains quite popular. In 2003, after many years in the restaurant business Harry had decided to close the doors to his restaurant after his wife’s passing. But in 2006 it was Harry’s son Peter who decided the family tradition should continue. Along with two partners, Peter reopened Harry’s Cafe and Steak NYC reclaiming the Wall Street institution that meant so much to so many. Peter Poulakakos is now a successful restauranteur with many establishments under his belt. Harry himself is said to still be seen at the restaurant that bears his name welcoming those walking through the doors. Sadly I didn't get to meet him but I did get to experience the place his family spent their lives creating.

When you arrive at Harry’s you might not see it right away. That is because although it occupies a significant building on the corner the restaurant and bar are actually located below ground. It reminded me a great deal of my experience at Lure Fishbar (http://bit.ly/2smPuZB). 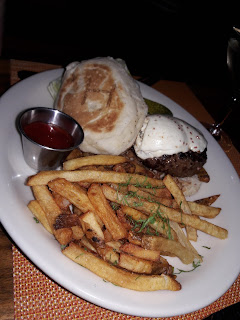 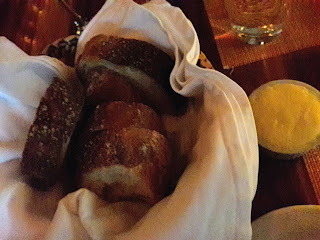 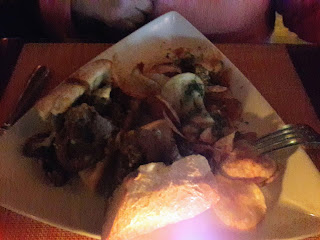 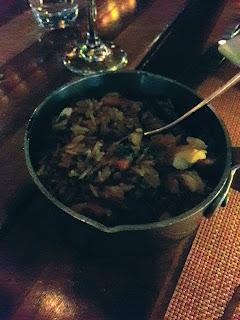 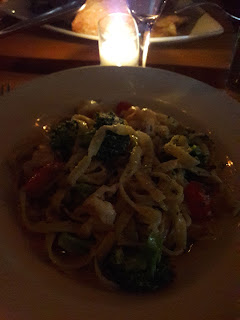 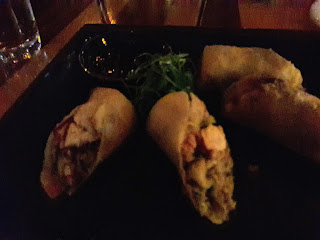 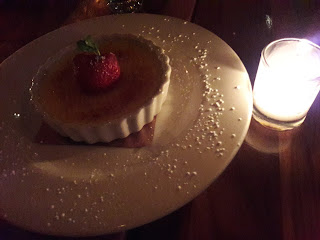 Since Harry’s is know for their steaks I assumed that is what I would order. Currently my most favorite steak can be found at 22 Bowen’s in Newport (http://bit.ly/2tjaAoZ). But I had once had a steak centered meal at Hyde Park Steakhouse in Pittsburgh that I still reminiscence about (http://bit.ly/2sl3iUj).

However while at Harry’s I ended up surprising myself. My order went a whole other way than I would have guessed.

As an appetizer we ordered the lobster spring rolls. Entrees for my party were the classic Harry’s sirloin burger complete with hand-cut fries, a Hanover steak and cheese sandwich (with gruyere cheese, cartelized onions, served on French bread), and my order of fresh lemon pepper fettuccini that came with shrimp, broccoli, and red grape tomatoes. As a side dish we opted to taste the lobster fried rice despite the fact that it didn't really match up with any of our cuisines.

The lobster spring rolls were good but I didn't find my piece to have as much lobster as I thought it should have. The lobster fried rice on the other hand had lobster to spare. It was very good, not greasy, but very filling.

I didn't taste the burger but I heard it was quite good. The only complaint there was that it was served on an untoasted English muffin which could not support the weight of the mighty burger. The fries were of a high quality.

Interestingly enough I have had better steak sandwiches. The steak itself was good, not too chewy and was really well flavored. Gruyere cheese never disappoints. But the so-called French bread I could have lived without. I can’t believe I am saying that but it is true. Actually I ate most of the steak with a fork between bites of my pasta.

I have saved the review of my entree purposefully for last. It was incredible! The shrimp made the entire dish. The light creamy sauce made the shrimp sing and dance. The fettuccini was also delicious and clearly homemade. The only problem was that there was way too much pepper on top for me. It was making me sweat. But as I got closer to the bottom the creamy sauce overcame the pepper and I was eating more than I reasonably had room for. By the end I was just moving the pasta around making sure I didn't miss one piece of shrimp.

While completely full we shared a creme brûlée for dessert which was unbelievably good. I think it was the best I have had since I was at Le Boudoir for my birthday (http://bit.ly/2s3kttO). We managed to lick that little bowl clean.

With Harry’s meal one and done I can bring my attention back to the other restaurants on my to do list. The other NYC staples that remain naturally include Delmonico’s, as well as Donahue’s Steakhouse in Manhattan. I also want to go to Jake’s Steakhouse in Bronx.

So much steak, so little time.