For Life, On the Way to Newport: “Louis’ Lunch” 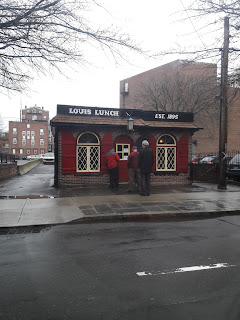 I am no stranger to New Haven, Connecticut and the good food it has to offer up. On my way to and from Newport, Rhode Island I always make a point to stop off in Connecticut and clear another item off my to do list (http://bit.ly/2s4Ydji). Lately I have made much progress.

The first and most often New Haven hotspot I like to hit up is Frank Pepe’s Pizzeria (http://bit.ly/2qLHPA8). I was first drawn to Frank Pepe’s for his signature clam pie and I have been in love ever since. Besides the delicious meal, New Haven is also a great spot to stop in as its about half way towards Newport from my home. There is nothing like stopping to refuel while seeing some small national treasures. My latest obsession is the one known as Louis’ Lunch. 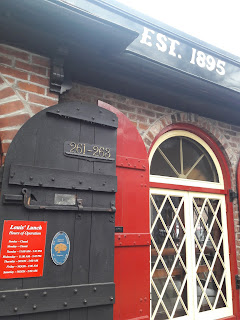 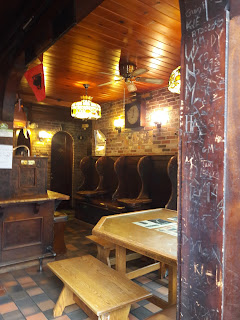 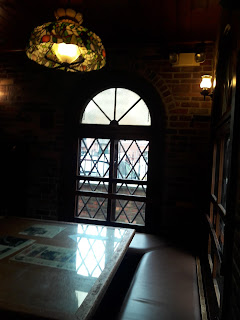 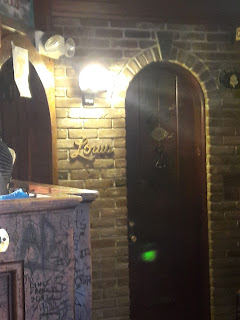 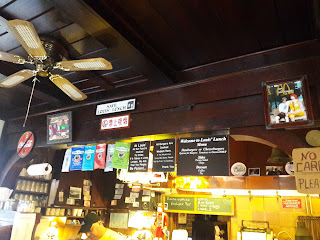 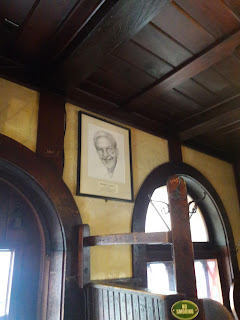 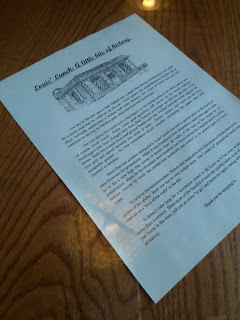 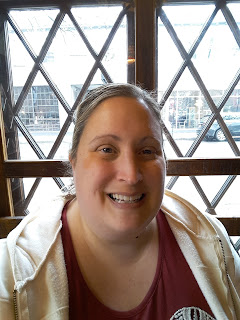 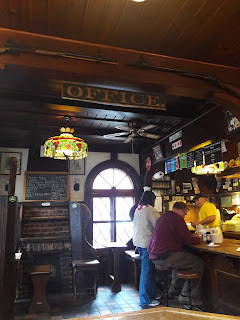 Louis’ Lunch was established in 1895 and it the home of the hamburger. The hamburger sandwich become a cultural icon after Louis Lassen had a hungry customer that needed food to go. Louis took his signature ground blend of five types of meat and put it between two pieces of white toast. America has never been the same.

Louis’ Lunch remains in the same fashion as that day way back when. Despite the numerous signs and times customers are told they are still surprised when they order that they ONLY serve hamburgers here. No fries, no hot dogs. Your sandwich will come with a choice of potato salad or chips, with water and sodas available for purchase. 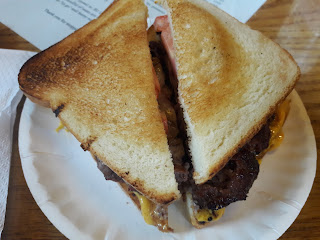 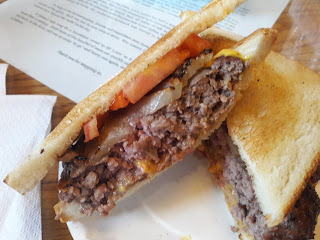 You can order your burger with tomato, onion, and cheese spread if you like. The burgers are typically cooked medium rare but you can order yours well done if you prefer, which I was thrilled about. The burgers are still cooked in vertical cast iron broilers so the cheese has to be spread on avoiding it slipping directly off the sandwich. The white toast I hear is Pepperidge Farm. There are no English Muffins or hamburger buns because during Louis’ time no such thing existed. Everything so closely resembles the way it was in 1895 it is totally possible that Louis himself is back there in the kitchen. Spoiler Alert - he is not. His great grandson Jeff is the current cook and operates the restaurant alongside his wife Kerry.

The one obvious change since Louis’ time is the location. During the 1970s the restaurant was in danger of being demolished to make room for condominiums to be built. But the locals would not have it. They rallied and raised the money to save the building and have it moved thirty minutes down the road to where it currently resides.

I got there as soon as they opened at noon and the line was already five people deep. Since there is limited seating I knew I had to be there early in order to get a table, which I did. There were a lot of people calling in and taking out as it was prime lunchtime. Clearly it is still a local favorite.

After waiting a bit longer than I planned, my food was ready. Since everything is being prepared by hand and there are only a couple of cast iron broilers to use, the wait is understandable. Perhaps if I hated it I would have been more annoyed. Truthfully I didn't have high hopes. I am not a huge beef eater and considering the recipe is from the 1890s I couldn't imagine what it would taste like.

With one bite I was proved wrong.

The sandwich was amazing. The meat was so fresh and you could tell it was not a typical frozen meat patty a la today’s fast food. Though the toast didn't seem strong enough to hold the meat plus extras I got on it, the flavor combo was outrageous. The tomato, onion, and cheese spread were placed at the bottom instead of the top and that seemed to matter. With each bite the juices seemed richer, better somehow. I ate it all up including whatever crumbs I could find on my paper plate.

I was so in love I didn't even eat my chips until much later on when I was back in the car. The potato salad was okay but won’t be my reason for returning. That burger is all the reason you need. That and the fact that the Library of Congress has given official approval that the hamburger was created here despite all those with false claims to fame.

With Louis’ Lunch all checked out, the one outstanding restaurant for me to try in New Haven is Sally’s APizza. While this Brooklynite rarely has to travel far for great pizza, this restaurant has been around since 1938 and is another establishment turning out thin crusted pizza from its original coal burning oven.

Obviously I need to know whether Sally’s or Frank’s are the true reigning pizza champion of New Haven.