For Find Out Friday - Week 40 Do Some Busch's Just Want to Have Fun? 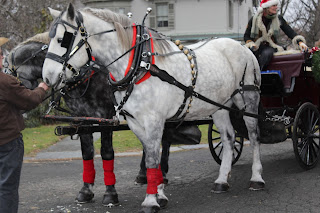 My father has been home from work all week. Since I work from home we have been, um, well bonding. Sure lets say bonding. It also means we have been battling for the tv remote.

This blessing led me to watch numerous episodes of American Pickers, a show I could mostly do without. But one particular episode had something intriguing to share.

The Pickers, Mike and Frank are visiting a man who has hoarded, I mean collected many, many, objects so much that most every space in his home was taken up. As the men looked through what they could find, Frank (I think) touched a miniature carousel. I wouldn't have thought anything of it except the owner said it was an exact replica of the kind the Busch family had in their backyard and thus inspired the amusement park by the same name. I had never made that connection before. 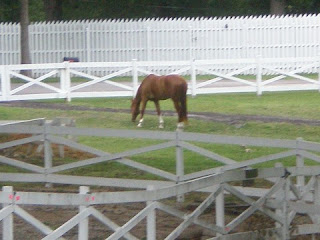 The Busch family patriarch was Adolphus Busch who became co-owner Anheuser - Busch Brewing Company after marrying Lilly Anheuser in 1861. Prior to that it was simply knows as E. Anheuser & Co.

The very first Busch Gardens was just that. The gardens owned by the Busch family. It was not the amusement park we know of today. It was built in the backyard of Mr. Busch’s winter estate in Pasadena, California in 1906. It did not have roller coasters or animals but elaborate gardens that were opened to tourists.

In 1909 the Busch family opened a second “lower” section of their gardens to the public. This time the gardens had a fairy tale theme and more of a rustic look. They were primarily aimed at entertaining the children who often came to the estate for their annual Easter egg hunt.

Fun fact - I actually visited the one in VA during my sleep away trip for eight grade graduation that my school sponsored. It was a lot of fun. I suppose I have always loved going on vacation.

Apparently the Tampa Bay location is African themed while the Williamsburg park is European themed. No wonder I loved it there!

Tampa Bay Busch Gardens began as a free hospitality beer garden and bird sanctuary. Odd combo but I guess given enough beer and any animal seems exciting. Building from that they added on boat rides across the lagoon, a monorail, a log fumed ride, and a trolley tour of the brewery. In 1977 they began adding roller coasters to the array of rides offered.

In recent years Tampa Bay Busch Gardens has become one of the largest animal institutions in the country. They have approximately twenty-seven hundred exotic creatures for you to see.

Williamsburg Busch Gardens has a slightly different approach. That park is apparently (I don’t remember) divided into seven areas based on country including but not limited to: England, Scotland, and France. It sounds like Epcot in Disney World, Florida. Thus the rides in each country reflect the area you are in. There is a wildlife reserve on the premises that is home to bald eagles and wolves but there are significantly less animals at this park. However they do have stables hosting the signature horses that are known to represent the Anheuser - Busch Company: Clydesdales.

The ending of the Busch saga makes me sad. The Seaworld Entertainment Company is now the owner behind the Gardens parks. And we should all be able to agree about our feelings for said animal thieves. I know I have made my feelings perfectly clear already (http://bit.ly/2somqNI). But now I can’t help but to feel worried for all of the animals that they are responsible for at both Busch Gardens locations.

I know the pictures I included here are not of Clydesdale horses but they are special. The first I saw when I visited Mark Twain’s House in Connecticut (http://bit.ly/2qYcdHN) and the second I spotted at Graceland, you know the King’s palace in Memphis (http://bit.ly/2utmuBl).

So to answer my own question, clearly some Busch’s want to have fun and for that reason alone I already like them better than the ones that attempted to run our country.