For Find Out Friday - Week 39 "Baby You're a Firework". Too Bad You're Not Legal 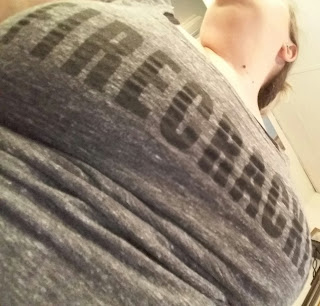 Katy Perry might have made singing about fireworks fun but she certainly couldn't make the act of lighting them legal.

I know each year around this time I can expect to hear the thunderous boom from fireworks being lit before, on, and after the Fourth of July. My childhood was filled with many anxious hours leading up to the sun setting just so I could go outside and watch all of the pretty colors light up the nighttime sky. I also enjoyed the occasional sparkler or two.

Fireworks of all kinds have been outlawed in New York City since 1909. But it was under Mayor Rudy Giuliani’s crusade in 1995 that led to the cracking down of all fireworks including the sparklers that my parents felt safe enough for me to have as a child. 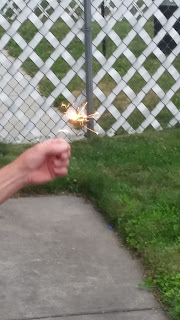 During the late 1990s the ultimate act that triggered Giuliani’s desire to create a task force to deal with this issue, was the legendary block party thrown every Fourth of July by mobster John Gotti Jr. in Ozone Park, Queens. The raid that followed his 1996 party collected approximately forty-three million dollars and seized over twenty-thousand products. Raids in latest years collected closer to one thousand illegal fireworks. Clearly the aggressive approach was working.

As a NYC resident all of my life fireworks were as American as apple pie. It was what we looked forward to as kids and what kids today still want to see. Even though most places outlaw some if not all of this activity, I still saw plenty of people writing on Facebook and other social media seeking out sources to buy from.

In 2014 Governor Andrew Cuomo passed a law that allows thirty-one counties in the state of New York to purchase and use certain fireworks, but of course that does not include NYC.

Even those counties who are able to celebrate with a bang are not allowed to give any type of firework to a person under eighteen years of age. Items that remain banned under this law are: firecrackers, bottle rockets, roman candles, spinners, and aerial devices remain illegal throughout NYS. This are the items that are most likely to catch fire and cause body harm. Penalty for violation of this law carries a penalty of fines from anywhere between two hundred and fifty to five hundred dollars.

The following sixteen states allow the sale and use of non-aerial / non-explosive fireworks like novelties, fountains, and sparklers:

Only two states, Delaware and Massachusetts, completely ban the sale and use of all consumer fireworks, including novelties and sparklers.

No matter whether or not you were able to celebrate the Fourth or any occasion with some light in the sky, you can always turn the song way up high!