For the Blue Spot In a Red State; Austin, Texas: “Dining on Rainey & Partying on Dirty 6th” 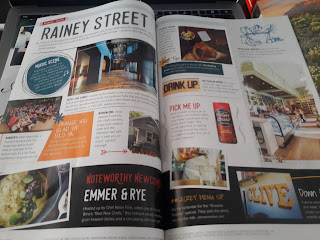 I was in Austin for five days and feel like I had a well rounded experience. I was able to some quality time with my family, relax a bit which I rarely get to do on vacation, yet still see many of the highlights.

Whenever you read material about visiting Austin there are several key places you will hear about over and over again. One of them is Rainey Street. 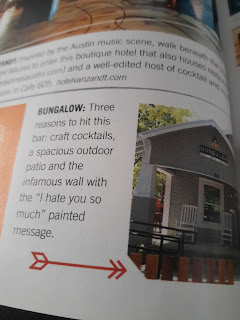 I was lucky my accommodations were located on Rainey Street. It’s a historic area that at one time was completely comprised of small bungalows like you would see in a beach community. 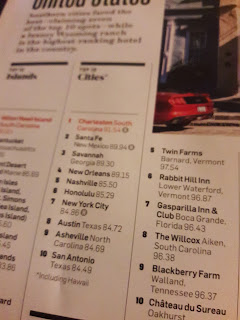 As Austin gained more notoriety in recent years as one of the top cities in the USA to live, property values skyrocketed. With that many developers were buying these homes in order to tear them down and build enormous apartment buildings, contrary to the original feel of the neighborhood.

Thankfully before they were all gone, a new purpose was found for them. They are now some of the best places to eat and catch a drink in Austin. Any tour (included the one I took http://bit.ly/2vTlST5) pass by just for you to get a glimpse. I definitely recommend a stroll. But if you can stop for a bite and a beer, even better.

Rainey Street now has some luxury apartments on it but many of the original bungalows still exist as they have been reinvented as restaurants and/or bars each with its own cool theme. There is the Container Bar which looks exactly how it sounds. There is also bar with a carousel theme. I could go on and on. 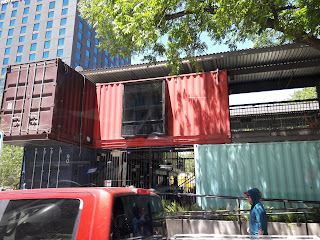 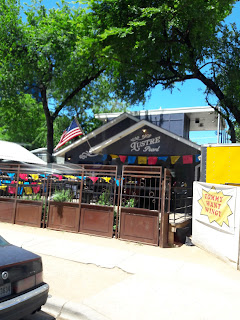 But more impressive than the variety of bars is that of the restaurants you will find on Rainey. You can have any kind of food you crave from Indian to Mexican and everything in between. As Mexican is a food group I crave no matter where I am that is where I headed to. 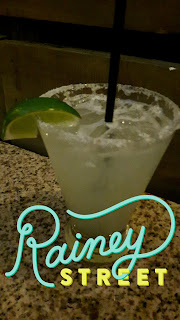 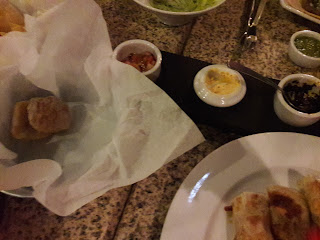 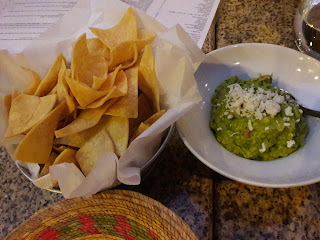 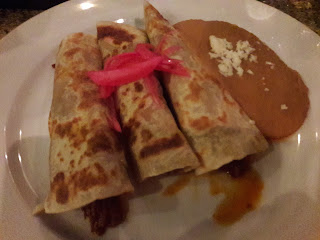 El Naranjo is not your typical Tex-Mex cuisine. It has a more original flare. Classic Mexican flavors are presented in new and exiting ways.

I had the burritos de chilorio estilo sinaloa, basically burritos filled with pulled pork served with pickled red onions and bayo beans. Yum. It was as delicious as it sounds. 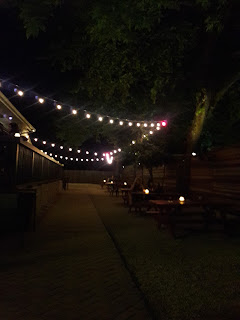 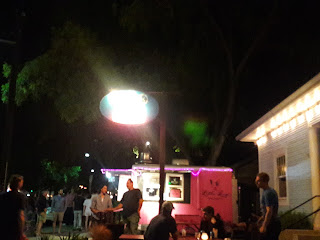 After dinner I walked around the block taking in the sights. I also took in a drink or two from a place that looked like a neighborhood yard from my youth.

In an interesting coincidence there is a restaurant called Javelina on Rainey Street. While I did not go there it reminded me of the one I visited back home (http://bit.ly/2v7SpH3) although I do not believe there is a connection.

So what does one do after a night of belly laughs?

Why you continue on down Sixth Street. That is sure what I did.

After my jolly good time at Esther’s Follies (http://bit.ly/2v9K4T5)

In my regular life I do not tend to go out exclusively for the purpose of drinking but this night that was my plan. I was very much looking forward to a night on the town. On that tour I took I learned that Sixth Street is commonly called Dirty 6th by the locals. I suppose that in reference to some of the actions that result from a night of partying. I assure you that was not part of my evening but plenty of fun was.

We staring out walking down Sixth to take in the sights. And drinks. 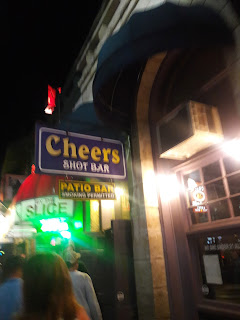 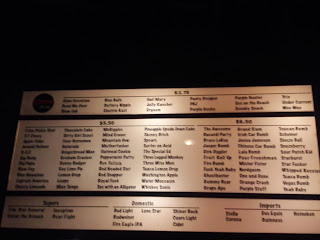 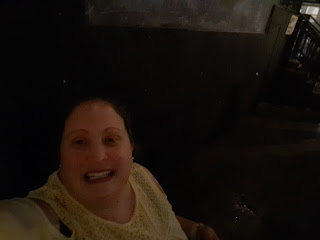 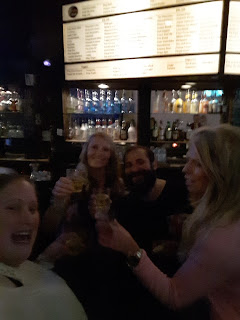 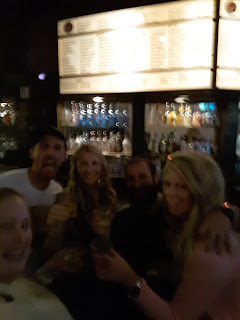 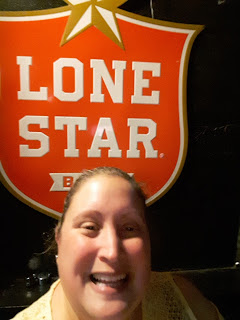 First up was Cheers. Unlike the one we automatically think of from Boston (I have been to that one too) this bar exclusively sold shots. One hundred and fifty varieties of shots to be exact. I had a pickle juice shot for the first time and actually liked it. I might have had another there before we moved on but honestly I don't remember.  It was Cinco de Mayo after all. 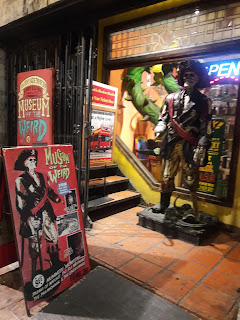 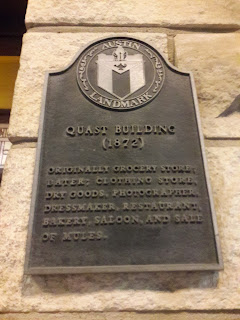 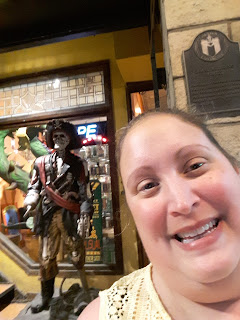 As we walked along Dirty 6th I stopped for a photo op in front of the Museum of the Weird, a place I have heard endless things about on one of my favorite tv shows, Mysteries at the Museum.

Right next door is Vodoo Doughnuts another Austin institution. I always like seeing the places I read about in my Frommer’s Guide no matter if I have the occasion to visit. 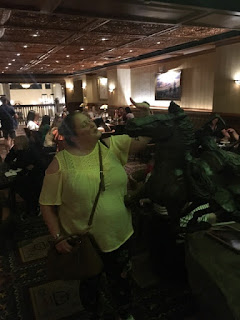 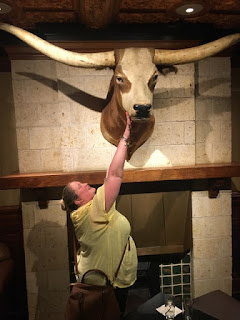 Another Austin legend is The Driskill Hotel. This historic hotel was opened in 1886 by cattle baron Colonel Jesse Driskill at a cost of four hundred thousand dollars.

To be sure to remind folks of how Driskill made the money to create this posh palace he had longhorn steers put up in the lobby. After a few drinks they inspired me to take some live actions shots.

My favorite story that took place at The Driskill is involves President and Ladybird Johnson. In 1934 this hotel was the spot where they shared their first date. After they wed it continued to be a sacred place for them. They even watched the polling results during his congressional and presidential elections here.

On November 25, 1969, The Driskill Hotel was added to the National Register of Historic Places. 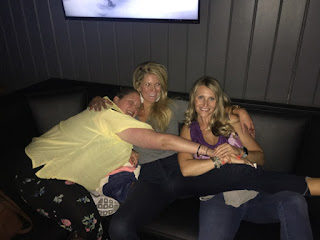 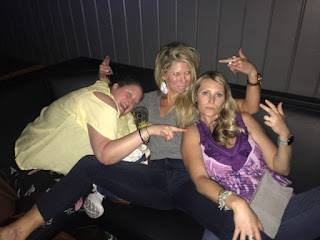 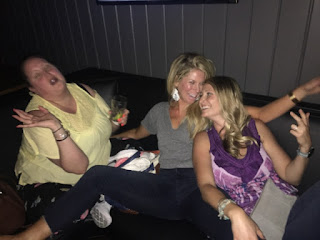 I got thirsty from all this sight-seeing and so I moved on. I wish I had paid attention to the name of bar where I had the most fun but oh well. All I know is that it was playing a steady stream of 90s rap and hip hop and I got my singing and dance on. It was an awesome night. I felt like I was in college again; you know eating a slice of ninety-nine cent pizza as you walk from bar to bar. 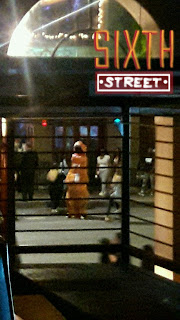 I think the highlight of my time spent on Sixth Street is when I saw a T-Rex getting his groove on in the middle of the street as I sat upstairs on a couch in a bar belting out a Salt-N-Pepa tune.

I hope all of this talk inspired you to go out tonight and get your food and party on.

Another appetizing read up next!