For the Blue Spot In a Red State; Austin, Texas: “Getting In, Out, & Around Austin” 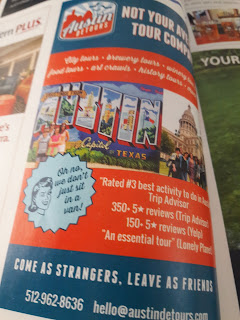 I enjoy many things about living here in NYC but trying to get on a plane and fly far away is not one of them.

I heart my city but sometimes, just like me, she can be a real bitch.

As I shared at the beginning of my Atlanta series (http://bit.ly/2va0Tha) just trying to catch my flight out of my closest airport can be a struggle. All that does is make me want to get the hell out of here even more, which you can see becomes a real catch twenty-two. 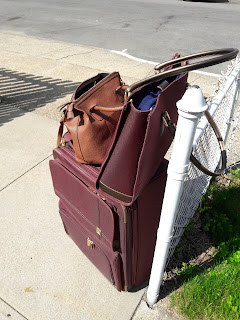 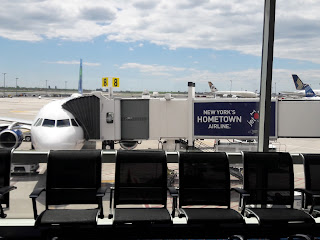 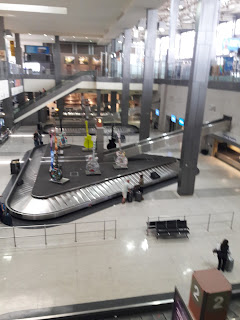 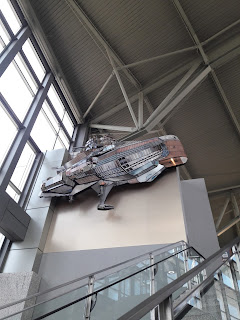 I have been flying solo since I was fourteen so I am used to the fact that the worst part of my vacations usually happen at the airport and usually its mine that is the real disappointment. For starters JFK, which I hate talking smack about simply because of who it is named for (http://bit.ly/2vcOucb), is not typically clean in fact using the bathroom sometimes makes me wish I was wearing a diaper. As if that weren't bad enough you can wait at the carousel for your luggage almost as long as you were on your flight. But what I hate, I mean truly hate about flying out of JFK, are the security lines!! I mean they can drive a person mad.

For instance when I was flying out to Austin I even had to wait on line outside of the airport just to drop my bloody luggage off. This use to be the part that was a piece of cake on my journey. Now even that is a pain in my ass.

From there you get to wait on a line for at least an hour while two TSA agents attempt to get thousands of people, often who aren't not following the rules, through the security line and to their flights on time. Once this process is done I am almost guaranteed to be a sweaty and violent mess no matter how my day started out. This last time was the absolute worst. I am so glad I am signing up for the TSA pre-check which I recommend for anyone who flies more than twice a year. 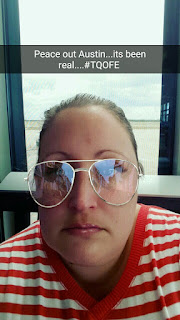 Clearly you can see my grievances are warranted which is why even after a bump in the road, once I landed in Atlanta I was memorized. Despite Atlanta’s large size, its airport manages to function at quite a high rate even showcasing art exhibits and a subway transit system inside to aid you along.

If I was impressed by Atlanta you should have seen my face when I arrived in Austin.

Austin-Bergstrom International Airport, yes you read that right this is an international airport, is the best airport I have ever been to both domestically and internationally. For one thing it is reasonably sized. Have you ever flown into LAX or Chicago’s O’Hare? It can feel like you are walking for days by the time you reach the taxi stand. But in Austin you are only moments from being reunited with your bags and walking outside the nearest door.

Even better was my return trip home. It took literally maybe a minute to go through security and that included the time it took for me to remove my shoes! As if that weren't exciting enough there was also a sign updating the status in case one should be concerned. 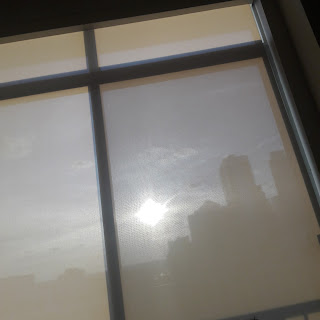 Image my surprise when my cousin informed me during the planning stages of my trip that Austin did not have Uber. I thought that can't be right. Paris even had Uber when I visited last year, not that I needed thanks to their numerous available taxis. How the hell could Austin not have a car service? Well, it turns out they do and its called Ride Austin.

Ride Austin is an app based program that runs much the same way Uber and Lyft does for the user except it is more beneficially to the drivers. It essentially cuts out the middleman and allows the drivers, who are doing all the work, to earn more money per trip.

Being the planner I am I put the app on my phone and created an account ahead of time so that I was all set to go once I arrived.

I used Ride Austin for much of my trip and I had no problems. In fact I believe the fares were far lower than I expected to pay and each driver had their own tips about Austin to share with me. 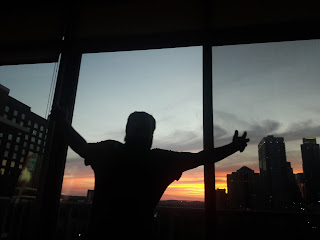 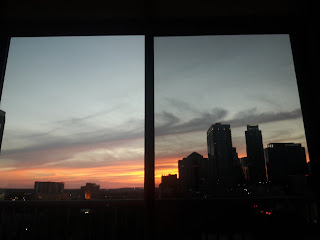 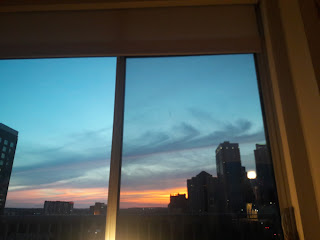 However, it has been two months since I was there and apparently time flies when you are not around. In preparation for this piece I found an article online (see last link below) that informs me of a change coming to this industry.

The original reason that Uber and Lyft fled the Austin scene over a year ago was due to a new regulation that would force them to fingerprint their drivers for more accurate background checks. Both companies felt that was too expensive and pulled out of offering their services in Austin. Without them companies like Ride Austin filled in the gap.

Now as of late a new bill in the Texas House of Representatives is basically taking back the regulation they put in place last year. They will now allow a third party service to do background checks instead of the finger printing system. Also drivers will not be forced to use a sticker or sign in their window indicating what company they are from.

For those outside city limits those more popular app services were still available during the year they were not in Austin proper.

How this all will play out remains to be seen. But I am hoping that Uber and Lyft won't continue to gain a monopoly in this industry pushing out those that may offer a better way for both the drivers and passengers.

Either way I am still faithful to Uber at home because anything is better than having to throw myself in front of a yellow cab just to get it to stop and take me home.

I hope you are all planning trips to Austin now and can benefit from my wisdom I have shared.