For Pizza Based on a Recommendation: “Luigi’s Pizza” 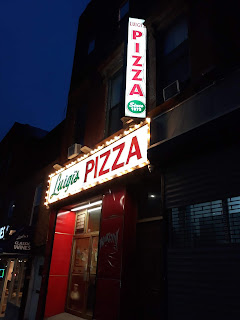 It all began innocently enough. Just two pizza enthusiasts sitting around talking about the food they both love. One, Matt DiGesu, happened to own the establishment we were in: “Pizzeria La Rosa” (https://bit.ly/2Vm63jB) and the other is yours truly.

As you read in the above linked blog post, I finished my visit to that New Rochelle pizza joint with a pleasant conversation with its co-owner. At that time he recommenced I try “Luigi’s” fresh mozzarella slice, as it is the best he has ever had. Since I have never heard of it I prompted Googled it when I returned to my table. From that moment on I set my sights on a visit. 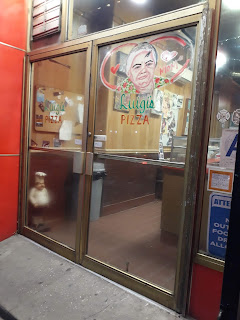 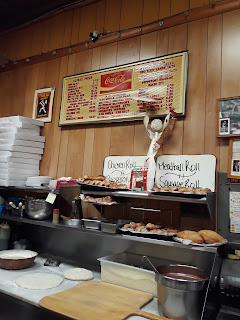 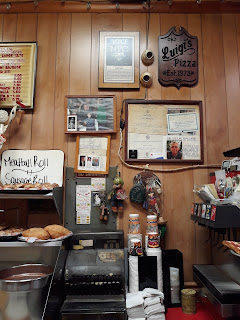 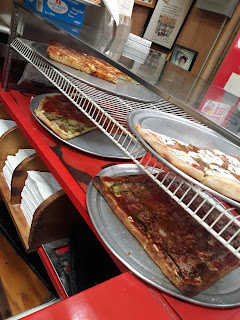 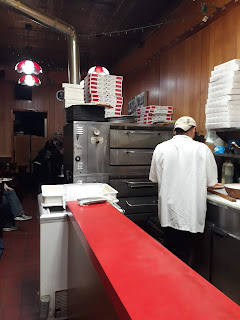 On the day I passed by, I was only planning to pick up an order I phoned in. You guessed it: a fresh mozzarella pizza. Thank God I didn’t plan to eat any of it there! There is literally one table at which an employee was currently sitting. Out of the five or so people inside, I was the only customer.

After a few minutes of standing there awkwardly while I waited for my pizza to be ready, a man and his son walked in. The conversation the employees and this customer were engaging in signaled that he was a locale and frequent patron. In that moment I realized “Luigi’s” is a neighborhood staple. There are no bells or whistles, just pizza that people want to eat.

Just as I made that realization my pizza was ready. It smelled so good I thought about pulling my car over to taste it. But in a rare instance I showed some will power and waited until I got home. 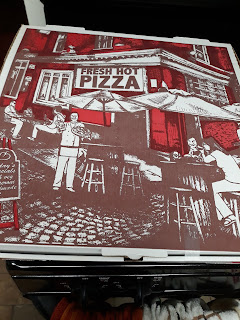 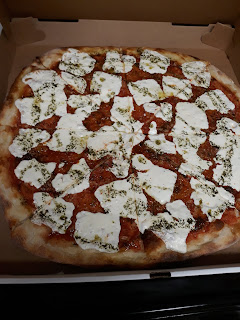 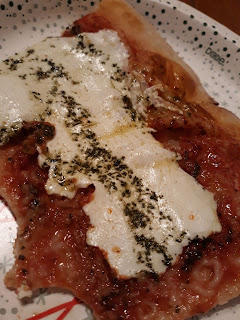 Once I took a few photos, I was all ready for the moment of truth and truthfully I didn’t get it. Get what Matt and the many others who have loved this place since it opened in 1973, crave. The pizza was okay but not what I expected. I don’t know if it was because I have had so many other delicious slices that have made me dance. This slice didn’t make me dance. In fact, if I had not been hungry I could have easily passed it up. That I feel says more about my experience than any other comment I could make.

Despite my opinion, “Luigi’s” does have a real celebrity association. It turns out it had it’s fifteen minutes of fame during a scene in the 1999 Adam Sandler movie “Big Daddy”.

Check out the scene here:

I am actually now more impressed.

Thanks for the tip Matt. But you and Frank do the whole pizza thing SO much better.