For a Daily Slice of Pie: “Daly Pie” 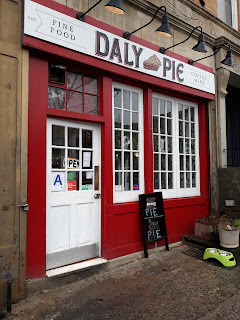 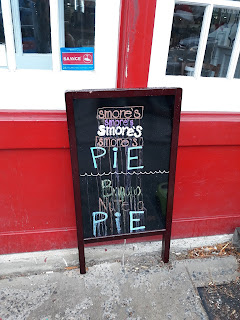 After a savory meal most folks like a bit of sweet to cleanse their palette. Occasionally I am one of these people.

As I was walking back to my car after brunch (see previous post) I happened upon another Instagram profile I was already quite familiar with; “Daly Pie”.

I was in this Prospect Park neighborhood at the end of December and this shop has a rotating selection of pies based on seasonal availability of the produce they use. My mouth had watered many times looking at their classic icebox style of fruit pies over the summer which I already knew would not be an option during this initial visit. That being said I could not resist stopping in as I walked on by. 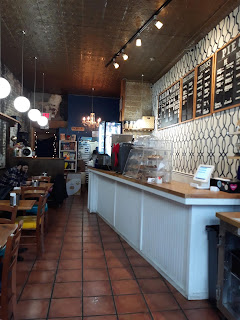 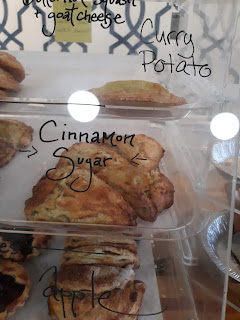 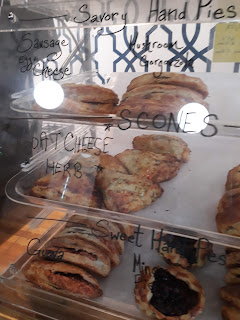 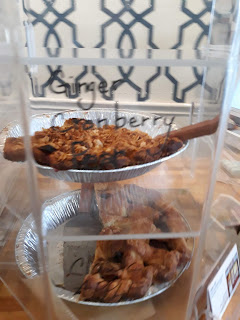 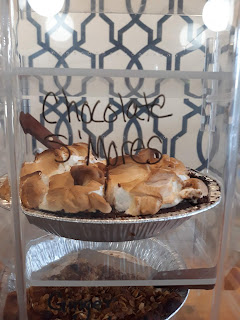 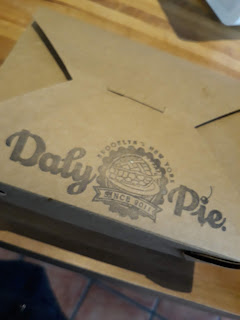 On this morning it was quiet inside so it was easy for me to hone in immediately on their glass display case. There wasn’t much of a selection so I went with what seemed closest to my taste preferences and ordered a slice of the Chocolate S’mores Pie to go.

Much later on that day I would finally take a bite.

It was good for all intensive purposes. It definitely had that campfire feel. It was light and sweet. But since it is not a flavor combination I would ever likely crave I wasn’t bowled over by it.

Besides the seasonal pies there is a pretty vast menu of items available, you guessed it: daily.

There are numerous sandwiches, cakes, scones, cookies, and of course coffee. But there are also savory pies like the Vegan Curry Potato, which was on display when I was there. But that sounded less appealing to me than the sweet pie I sampled.

When you stop into the shop, you will find a charming place where it is easy to picture yourself sipping coffee and flipping through magazines for hours on end. That sense of a strong local community was palpable, even though there wasn’t anyone in there at the time.

As I sat down to do some brief research about the origins of this shop, I would be reminded of this sense of community.

Megan Daly created “Daly Pie” back in 2011 but at that time she was selling her treats to local businesses. Her brick and mortar store opened in 2016 (there is now a pop-up shop in Long Island City through March 2019).

Unfortunately in 2017 she was diagnosed with breast cancer for which she had to undergo chemotherapy. Because of the high cost of treatment and the need to hire additional staff to run her bakery, Megan’s dream job was suddenly in danger.

But that is where her community came into play.
A friend and frequent customer created a Go Fund Me page, which to date raised over forty-four thousand dollars to keep this beloved business afloat. That was six thousand dollars higher than the goal set.

It is always nice to hear a story that has a happy ending.

Prior to opening her pie shop, Megan Daly had a very different day job. She left the corporate world to follow her passion and make the world a more delicious space. But this journey is apparently not a unique one. There is currently a show on Broadway where another young woman takes a similar path; “Waitress”.

I saw “Waitress” (https://bit.ly/2NleHfa) back in August and the Daily News reminded me of the link between these two stories poetically calling Megan Daly “a Brooklyn woman who baked herself a new life.”

If you need an enticement to visit how about “Hap-PIE Hour”? This is an event hosted at Daly Pie where you can get a slice of pie and a beer for ten dollars.

I myself prefer to wait until the weather is warmer and I can try my chance at finally getting a slice of frozen Watermelon Icebox Pie.

Some cravings take a year to crush.