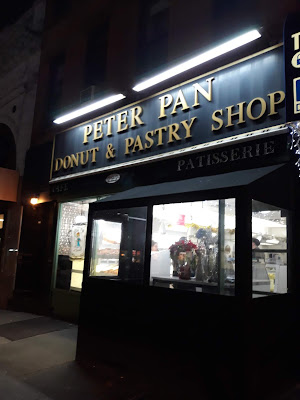 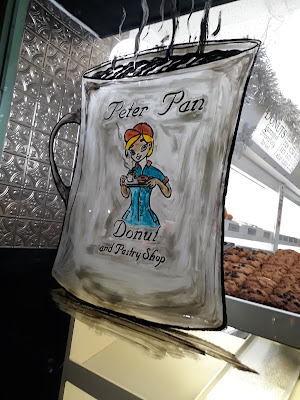 What comes after a delicious meal? Dessert of course!

Technically I stopped by the legendary “Peter Pan Donuts & Pastry Shop” before my trip to “Pizza Moto” (see previous post) but I didn’t eat my dessert until much later, once I returned home.

I first encountered the delightfulness of these donuts at another Brooklyn destination; “Brooklyn Farmacy” thanks to the wise advice I received from Ms. Tina Fey.

No, sadly Tina and are I not yet besties, but I read about her love for these donuts and where they could be found in The New York Times.

For the longest time the memory of these donuts were what I hung onto until I discovered and continued to rediscover my love of “Doughnut Plant”.

While Doughnut Plant’s originality can’t be beat, when you are in the mood for a traditional donut you have to go old school. To a place that has a long standing history, a recipe that remains unchanged, and a popularity that can’t be reckoned with.

One of the oldest and best, I have only recently become acquainted with is “Orwashers”.

The other is “Peter Pan Donuts & Pastry Shop”.

Opened over sixty-two years ago, it has been run for the last thirty years by Donna and Christos Siafakas. 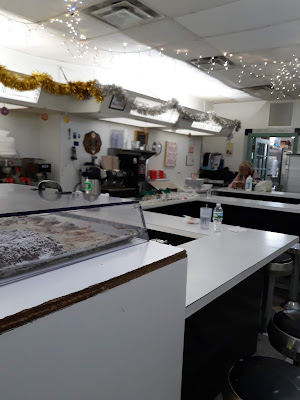 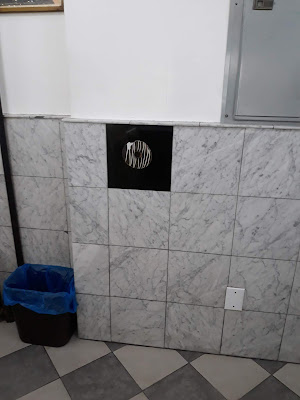 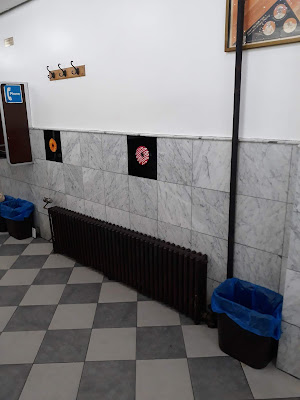 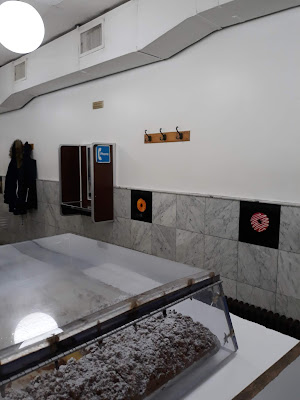 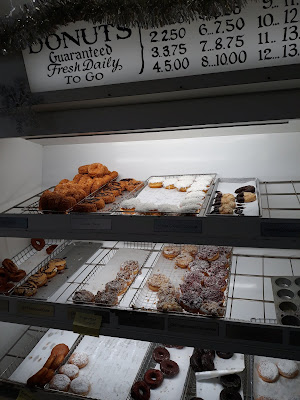 Donna is drives in daily from the couple’s home in Long Island and is often seen when the first customers start arriving in the early dawn hours when the shop first opens. Aside from an assortment of pastries, they sell bagels, bialys, coffee, and egg sandwiches. Basically anything you need to start out your day.

I arrived about an hour before they closed, so I didn’t know how much of a variety would be left. I needed have worried. This bakery keeps good things coming out of the oven for over twelve hours a day.

The bakery has a Polish history even though the owners are now Italian. It all goes back to the roots of this Greenpoint neighborhood. 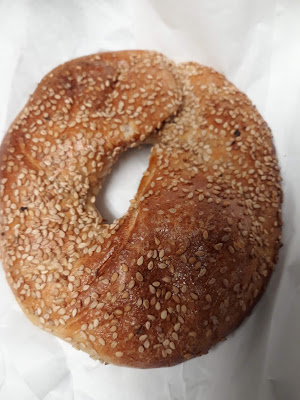 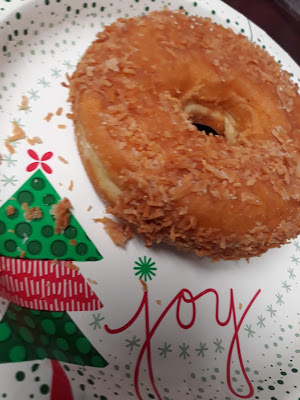 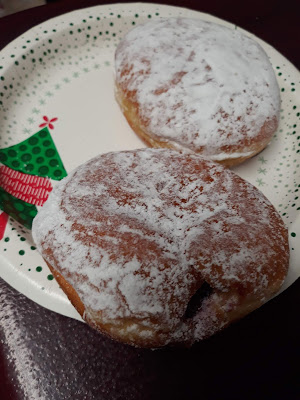 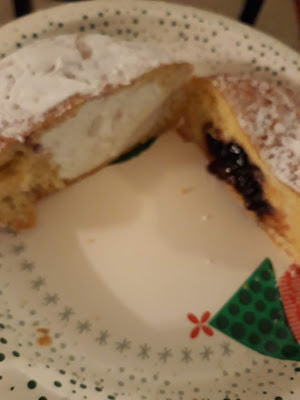 As I mentioned before, not much has changed in sixty years, neither the recipes nor the decor. The luncheon counter and phone booth in the back remind me of simpler times I wasn’t around to witness. The classic, old time atmosphere is part of the draw. But of course the smell of fresh, delicious pastry is the other.

Despite the lack of love I feel for sesame bagels, I ordered a sesame bialy because it looked so damn delicious. It wasn’t, really but a carb is a carb.

Though I prefer a jelly donut the one here was a bit dry and the jelly didn’t encompass the entire donut, like the one I had from “Orwashers”. I really think there is something about them filling it in front of you that matters.

The creme donut was even less impressive.

I tried a jelly donut from fellow Brooklyn based "Mike’s Donuts” this morning and that was also not up to par. I believe in terms of jelly filled confectionaries it goes: Orwashers, Peter Pan, then Mike’s. I have done the research. Mike’s were too dry and I detected notes of cinnamon. Could that be right? I don’t know but it did smell amazing. If you go, get the cheese danish. That was unbelievable! Crunchy, with a hint of sweetness.

But back to Peter Pan.

Their toasted coconut was just right. It was sweet, crunchy, and airy. Simple, yet perfect. Apparently I don’t need all the bells and whistles associated with a filling.

On a recent episode of “The Best Thing I Ever Ate” Chef Alex Guarnaschelli said that the apple crumb donuts here are one of the best things she has ever eaten. The way she described it made my mouth water.

Goes to show you, quality never goes out of style.