For Another Pizza Friday in Brooklyn: “Pizza Moto” 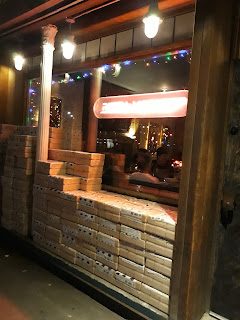 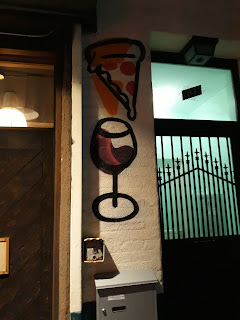 Well, another #pizzaFriday has come and gone and with it another check mark can be put on my annual to do list (https://bit.ly/2JSFq4u).

“Pizza Moto” opened in 2006 and is located in a most unusual spot; underneath the Gowanus Expressway, just a hop, skip, and jump towards Manhattan. The outside is very dimly lit (its not much brighter on the inside) and you can miss it if you aren’t looking very carefully. I actually employed my Google maps walking feature from my parking spot on the corner of the block to find it.

The restaurant is small and intimate but very much bustling with activity. Thankfully they take reservations, which is not common for a place with this much popularity. I made one and was glad I did.

I sat in the front, corner, at a long table facing out towards the window and yes, the expressway. Odd location except for the very logical reason for it. 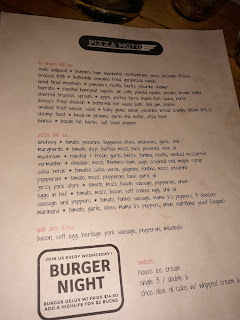 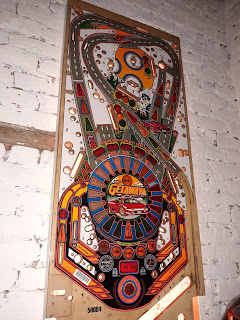 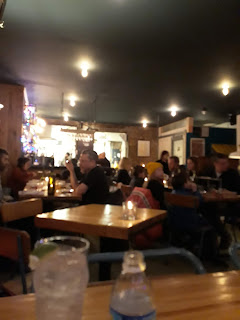 Prior to being “Pizza Moto” it was a “Papa John’s. That was the reason the partners behind this venture purchased the sight for their pizzeria. Upon construction they discovered or rather uncovered a wood burning pizza oven from the late nineteenth century that was hidden behind a wall. It comes as no surprise “Papa John’s” hadn’t been using it.

That discovery and oven led to the menu presently found. I also believe what led to its success.

In this establishment’s relative short history it has had quite an impact on its industry. Chef Matt Hyland of both “Emily’s” and “Emmy Squared” (https://bit.ly/2EpYMcK) did a stint here and learned the tools of the trade. It served him very well. 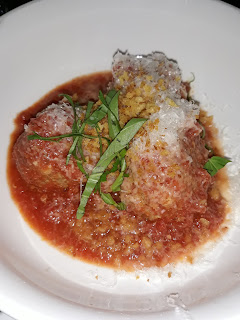 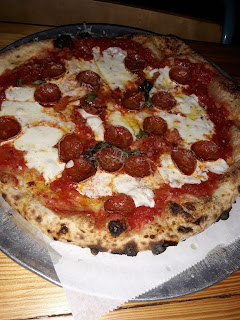 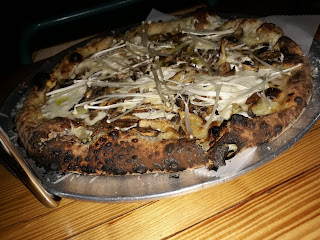 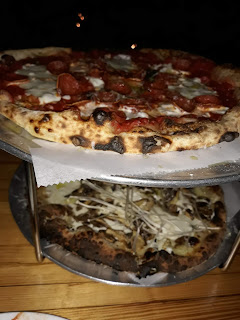 I was incredibly hungry when I sat down so I promptly placed my order: the wood fired meatballs as an appetizer and both the pepperoni and mushroom pizzas.

The wood fired meatballs are served in a pomodoro sauce along with ricotta and pecorino cheeses, and a blend of seasonings not listed on the menu.

When these balls of meat arrived I eagerly dug in. OMFG! I could not believe my taste buds. I haven’t loved a piece of meat this much, let alone a meatball, before. As I ate another one I pondered how I had gone so far in my life without having a meatball cooked in a wood burning oven. That clearly was making the difference. The outer rim of the meatball had a light crunch that alongside with the right amount of seasonings combined for the feast in front of me. And I thought a cast iron pan was the best thing to happen to meat. I am currently researching how to fit one of these ovens into my kitchen. I wonder if Amazon Prime would deliver?

On the menu the pepperoni pizza is described as having tomato, mozzarella cheese,  pepperoni, basil, and garlic oil. The mushroom pizza has roasted as well as fresh mushrooms, garlic, fontina, ricotta, and smoked mozzarella cheeses.

I had a hankering for pepperoni for some reason so that was a topping I knew I wanted. Mushroom pizza is something I am compelled to try at many of the pizzerias I am visiting for the first time as I have a large basis for comparison.

I will say both were good but neither rocked my world as much as the meatballs did. As I ate the pizzas I wished I had thought to put meatballs on my pizza instead of the pepperoni. That aside, the pepperoni was cooked up right and I could tell because it had the signature curled, shrunken appearance I like to see and taste. 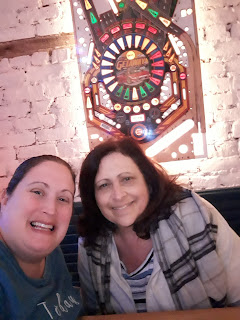 The mushroom blend had an interesting flavor combination of which I could not pinpoint. My pizza companion, my mother, preferred this pizza while I stuck with the pepperoni. I used the mushroom slices to cleanse my palate when needed although it was rather good and the mushrooms had been cooked ahead of the pizza. Another check on my list.

All and all it was a successfully and surprising #pizzaFriday spent in Brooklyn. I already knew there would be many, many others in my future.

I might have come for the pizza, but I would return for the meatballs.