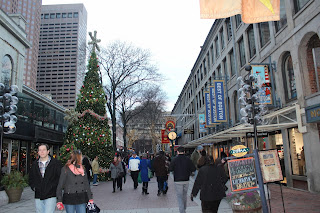 A part of every great vacation has to include a bit of shopping. I don’t mean the kind of shopping experiences you can have at home. When I shop outside of my own city I am looking for items I can only find where I am and browsing locations that are unique. In Boston that would be Faneuil Hall Marketplace.

Faneuil Hall is one of the many historical landmarks in Boston. It was built in 1742 and is named for the man who established it, Peter Faneuil. Mr. Faneuil was a wealthy man, perhaps the wealthiest during this time. In order to take his town to the next level he petitioned the government to establish a permanent marketplace that would be open year round in the same location. 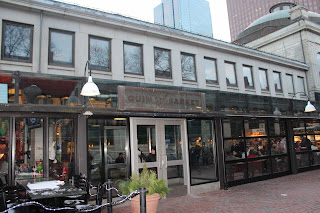 Faneuil’s idea was agreed to and he financed the two year operation. Over time he decided to add a meeting space on the second floor which acted like a combination of a meeting hall and City Hall until another building was created officially in 1822 for that purpose. However, Faneuil Hall remained as a place for political action, meetings, concerts, and other public events.

Faneuil Hall has been nicknamed the “Cradle of Liberty” for the historical events that have taken place here such as President Kennedy's last campaign speech during the 1960 election.

The Marketplace has been equally busy and now includes over two hundred thousand square feet of shops. The Marketplace is made up of three huge buildings in a complex where you can find shopping, dining, and many means of entertainment, including live performances. 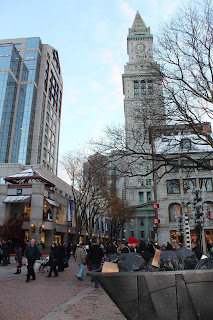 One of those buildings, Quincy Market was constructed between 1824 - 1826. It was named for Mayor Quincy who managed to get this building constructed without putting Boston into any debt to pay for it.

Both Faneuil Hall and the Marketplace are spots on Bostons infamous Freedom Trail. Thus it had my attention and a spot on my itinerary.

Like I mentioned in my last series post, it was very cold and windy the weekend I was visiting. I had seriously underestimated how enormous this shopping complex was and more so how incredibly crowded it would be on a holiday weekend. We had to park very far away and by the time I made it to the center of the action I had lost my enthusiasm for the place. 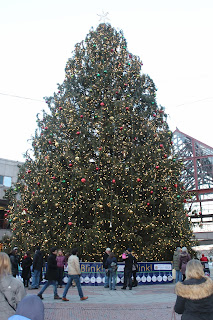 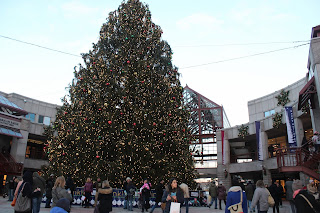 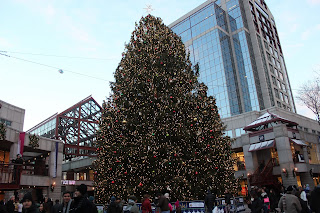 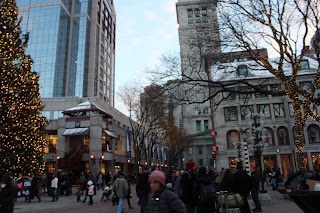 I wasn’t really looking to purchase anything more than a souvenir so I dodged into one building quickly. I didn’t make it far. Between the extreme heat being pumped throughout the building and the crowd paralyzing my movements I had to get out of there. I had spent the majority of the day in Salem (details up next) so I was beyond spent. This activity did me in. I absolutely dreaded the walk back to the car.

I definitely need to return here on my next trip so that I can get a proper appreciation of the Marketplace and step into the historic Hall.