For Find Out Friday - You Say Plimoth, I say Plymouth. 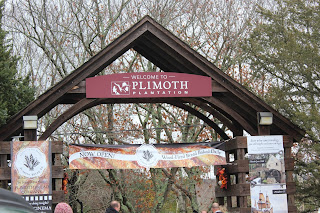 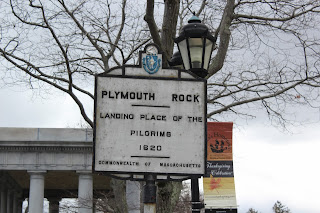 I have been writing about Boston in my latest blog series and since my first post I have been wondering the answer to a very specific question: Is it Plimoth or Plymouth??

When referencing the place I visited, it is officially known as Plimoth Plantation. However, when it comes to the Rock or town it is located in; then it is Plymouth, Massachusetts.

The reasonings behind the discrepancy is pretty straightforward.

It begins at the beginning, where all good stories start.

Governor William Bradford who served Massachusetts from 1645 - 1656 is the first person known to use the term Plymouth by spelling it “Plimoth”. This is why the Plantation uses this spelling.

However, over time the consensus became to spell it “Plymouth”.

The former was used to describe the planation while the later refers to the town.

During the early seventeenth century there was no official guide to reference for spelling so you will find many different variations of this word including: Plimouth, Plymoth, Plimoth, and Plymouth. The choice appears to have been made by each individual author as they saw fit.

Governor William Bradford is also the first person known to use the term “pilgrim” to describe those who came here via the Mayflower as well as their decedents. Bradford seems to have influenced our language more than he might have ever realized.

So whether you say Plimoth or Plymouth we can officially call the whole thing off.