For Find Out Friday - What is the Connection Between a Former New York Governor and a Set of Infamous Drug Laws? 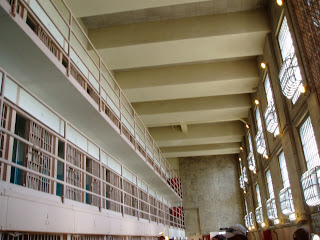 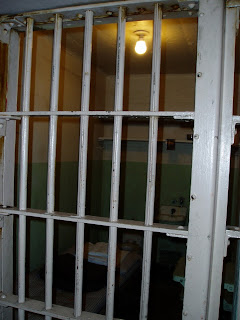 Last week I wrote about my visit to Kykuit (http://bit.ly/2m9KTs9), the family home of John D. Rockefeller. His son Nelson was the last member to inhabit the home before it was open to the public.

But Nelson wasn't known simply because he was a Rockefeller but also because he served fourteen years as the Governor of New York. New York State has no term limit and elections are held every four years. Governors serve as long as they are re-elected.

After fourteen terms as Governor, Nelson Rockefeller spent three years as the Vice President of the United States under President Gerald Ford.

As Governor all those years, Rockefeller had many accomplishments such as creating a breakfast program for low income children in schools, expanding assistance under Medicaid, and establishing the state’s first major support of the transportation system.

Crime under Governor Rockefeller was dealt many blows. One was doubling the size of the State Police Academy. Another was to abolish the death penalty (only legal for cop killers). He also tossed out two stage trials where punishment was doled out in a separate phase.

Despite all this, when it comes to crime Nelson Rockefeller is most commonly associated with the infamous drugs laws that bear his name.

In 1967 Rockefeller established the Narcotic Addiction and Control Commission whose goal was to get addicts clean. However they were not successful.

In response the Maintenance Program was launched. Sadly this too had little effect.

With criticism and concern growing Rockefeller decided to act. In 1973 legislation was passed that increased the mandatory sentence for possessing four ounces of any narcotic to a minimum of fifteen years.

The result was not positive. While there was a significant increase in arrests there was no decrease in the number of addicts or related crime.

In 1977 the part of the law regarding marijauna was repealed by subsequent Governor, Hugh L. Carey. This is a bit funny to me considering I hadn't heard about Carey until I did a blog about him (http://bit.ly/2AdyYN2) not too long ago.

Though these drug laws were meant to change the circumstances for the better it didn’t. Many argue that they disproportionately and negatively affected minorities especially black and latino youths from low income regions.

In 2004 Governor Pataki decided to take action against the Rockefeller laws. He signed the Drug Law Reform Act (DLRA). The DLRA reduces the mandatory minimum sentence to anywhere from between eight to twenty years, allowing for flexibility depending on the severity of the offense.

This law would allow judges to have discretion over sentences and allow first time non-violent offenders to attend rehab instead of jail if they plead guilty. After treatment they would reappear before the judge. There would be an additional fifty-million dollars given to these drug courts.

Most recently, in 2009, the New York Penal Law and the New York Criminal Procedure Law was changed to allow judges to have full say over sentencing for drug related crimes. They can sentence those who plead guilty to shorter sentences, or even probation, or drug treatment. Drug treatment is called as Judicial Diversion. Before this rule drug treatment had to be approved or suggested by prosecutors.

Currently our country jails more people, five times more to be precise, than Britain or Spain. Considering how many people we jail it boggles my mind that each of those costs tax payers approximately fifty-thousand dollars per year.

In a twist of cruel irony, the 1970s experienced high rates of heroin overdoses, which ultimately led to the Rockefeller drug laws, and crimes relating to those who were addicted. Nowadays the drug that is killing more and more people by leaps and bounds is Fentanyl, heroin’s more deadly prescription based cousin. I had a bad experience with the drug after being given it by an ignorant doctor as treatment for my chronic migraines (http://bit.ly/2AMMcj3). If I hadn't become sick who knows where that could have led me.

So if the Rockefeller laws weren't enough to curb drug sales and abuse we need to find something that will. People are dying too fast to wait and see.