For Find Out Friday - How Did a Campfire Staple Make It to The Table on Thanksgiving Day? 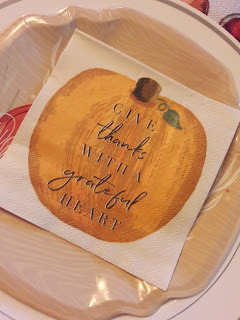 Last week I am sure most of you were in a turkey food coma. I wasn’t but I was sure was beat from all of the cooking I did leading up to the holiday. Even though I didn’t prepare the entire meal, I cooked for two solid days and that was enough for me.

Hence there was no new Find Out Friday last week.

But the topic had been picked and I am still going with it.

With Thanksgiving on the brain I had a lot of cooking minded questions swirling around my mind. But I decided to seek out the history behind a common Thanksgiving side dish; the sweet potato casserole with marshmallow topping.

I have never made it nor eaten it because I don’t understand the appeal. Sweet potatoes seem sweet enough especially if you sprinkle some cinnamon on them.

What is the necessity of the marshmallow?

And more importantly who was the person that started this insanity?

It seems our story begins way back in the fifteenth century. That is about the time Christopher Columbus landed in America and brought sweet potatoes to the New World. Sweet potatoes originate from South America and it was Columbus who brought them to Spain, where their popularity spread across Europe before they arrived in America.

Fast forward four hundred or so years to 1900 when packaged pre-made marshmallow is created. It begins popping up in marketing ads geared towards women who were and are the primary cooks in their families. Prior to the mass supply of marshmallows it was a food that only the rich had access too. But now it was available to the average American.

According to the Library of Congress documents, an article in Saveur Magazine establishes 1917 as the year when the first recipe for sweet potatoes and marshmallows appears in print. Further it is also the year that Angelus Marshmallows (the first company to mass produce the sweet treat) commissioned a booklet that included many ways to incorporate this new candied taste into everyday life.

Coincidentally, 1917 is also the year that the Cracker Jack Company put out a similar cookbook. However the sweet potato casserole is the only one that seems to have remained popular.

From then the rest is history. The year 1923 sees college and grad-school women learning about the power of the mighty marshmallows easy way to add a unique flavor to their meals by works like the aptly named “College Woman’s Cookbook”.

I wonder what the ancient Egyptians, who were the first to harvest the Marsh Mallow Plant as far back as 2000 B.C., would say if they could see it now.

As for me, I am going to continue to boycott this dish and put my time and energy into making the homemade dishes that my family has come to expect from me each and every holiday season.