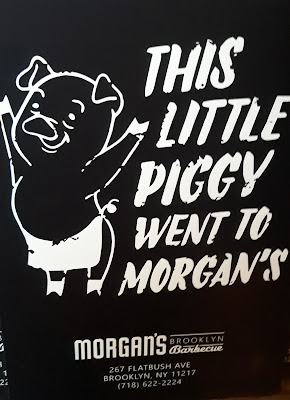 Have you ever gone out to eat and wished that you just ordered a bunch of appetizers?

It is actually my preferred way to eat. I like to get a taste of a bunch of different things rather than one big plate. I am much more interested in the kinds of foods we eat as appetizers versus lunch or dinner. Desserts hardly ever register on my radar. 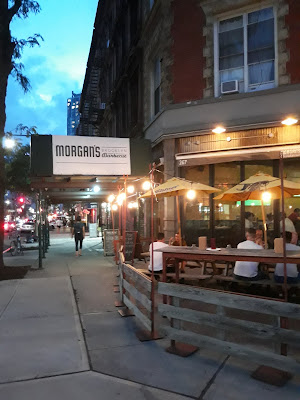 At the beginning of this year, right before I was set to release my annual to do list, I stumbled upon a photo of the most beautiful plate of brisket nachos I have ever seen. I instantly wanted them. Naturally the establishment behind said nachos, Morgans Brooklyn Barbecue, earned a spot on my list.

The week leading up to my visit all I could think about was “would those nachos be my entire meal or just my appetizer”? Sure I love all kinds of barbecue food: the ribs, the brisket, pulled pork, and don’t even get me started on those sides!! Any restaurant that serves mac and cheese, corn bread, and creamed spinach usually is a place that I want to eat in. My biggest problem with a list that starts with those foods is that I never can choose between them. 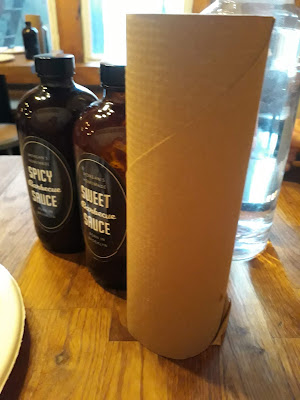 My indecisiveness continued right up until I had to order. I was with friends who are amazing at ordering so I let them lead the way. We ordered the brisket nachos for an appetizer alongside the candied bacon. 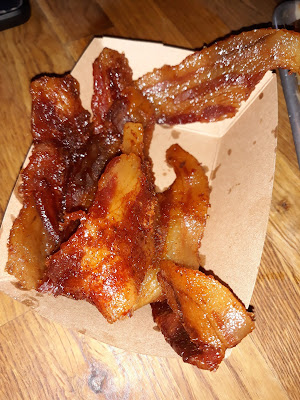 The bacon didn’t thrill me. It was a little too chewy for me. I am very particular with my bacon and have just learned how to bake it to my standards at home. I think that will most likely be the only place I eat it from now on. 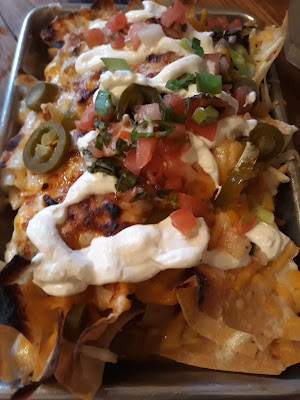 They were the best nachos I ever had!! The brisket was brilliantly smoked. The flavor and texture was perfect. It was cut up in just the right portion for nachos. The nachos had all the fixings and were incredibly delicious. After my first bite I cannot properly convey how devastated I was to be sharing these. 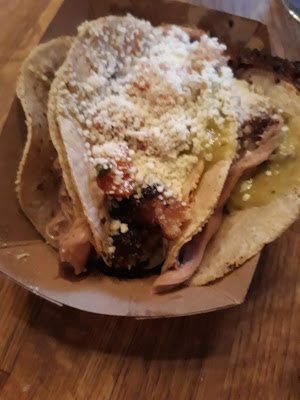 For my entree I went with the pulled pork tacos. Let’s just say they were the anti-nachos. I was very unsatisfied. The meat was very chewy and seemed to have no flavor. Besides that the tacos were also very blah. They were soft which would have been fine but they were also dry and too flavorless. 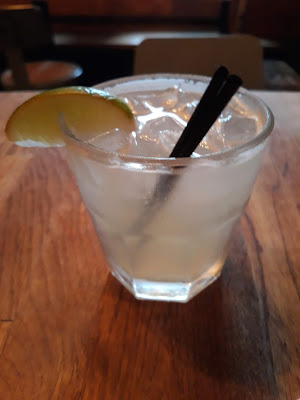 Thank God the margaritas were strong and to my liking.

Despite my lack of love for my entree, I am not saying Morgan’s is permanently off my radar. As I sit here reviewing the menu once again, there are many things I still want to try and think I could love.

However, all of the items that are making my mouth water now are all on the appetizer list!! I could also be very easily convinced to try any of the many varieties of mac and cheese or an ear of their Mexican Street corn.

To say that another margarita and order of brisket nachos would be consumed during that visit is a given.

When it comes to Brooklyn and barbecue the list is short and specific. I have already been to Dinosaur Bar-B-Que and Mighty Quinn and neither of them impressed me much.

I have heard good things from friends and the press about Hometown Barbecue, so that too has a place on my current annual to do list.

I also am curious to check out Pig Beach in Carroll Gardens. I haven’t read up on them but I think they have a really cute set up and I have passed by their location many times. That might not be a good enough reason for you to try out their food, but for me a theme is everything.

Well that, and a perfect plate of brisket nachos.