For a Bit of Frank Lloyd Wright in an Unexpected Place: “The Crimson Beech House” 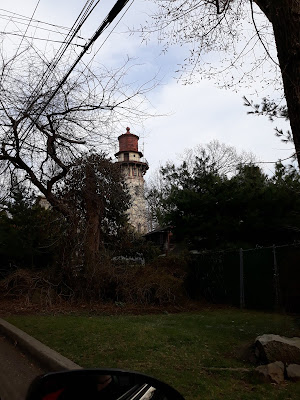 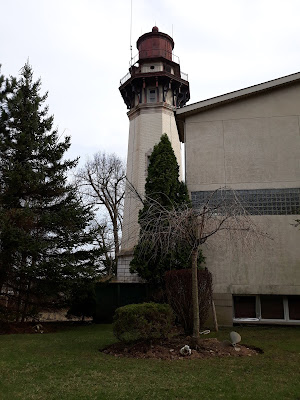 Do you ever wonder how we can return to a location many times but still certain treasures remain hidden?

For instance, I have been to Staten Island many times yet until recently had no idea there was an architectural masterpiece not far from the roads I have traveled back and forth on many times.

If I am being honest Staten Island is not my favorite NYC borough. If you were to pass by me on the street you could have easily heard me say that there is nothing to see but a very small, sad zoo and a dump.

I mean no disrespect but coming from Brooklyn I hardly ever need to leave my own borough to have a great meal or walk down a historical path.

That being said, there is an important item on my annual to do list that resides in Staten Island; Richmond Town.

Aside from historical sights, and a good meal, another passion of mine is Frank Lloyd Wright. I have visited his greatest works in Chicago , Pennsylvania, and Taliesin West in Phoenix, Arizona.

I actually make a point of visiting anything associated with him wherever I go. So impinge my surprise when I learned there was a hidden FLW gem in Staten Island!!

Officially called the Cass House (but nicknamed Crimson Beech because of the color of its facade and a tree that once lived on the lot), this structure has a rather unique quality about it. Not only was it designed, inside and out, by Mr. Wright, it was actually built off site and resembled in its current location!

Know as a prefabricated home, the design of this particular house was known as prefab number one by Wright. Along with builder Marshall Erdman, Wright sought to build a number of affordable houses. Altogether about eleven of these houses were constructed.

In 1957, journalist Mike Wallace interviewed FLW about this prefab homes. Listening to that broadcast was William Cass. He and his wife Catherine had recently purchased a plot of land on Lighthouse Hill, in Staten Island, and William wanted to see if Wright could built him an affordable house on that land. Wright accepted and the house was shipped to Staten Island in 1958. After a few months of assembly it was ready to live in by 1959.

The house was originally supposed to cost twenty-thousand dollars but as was common with Wright projects, that number would escalate. Due to the lack of experience of the builders with East Coast landscape that price would soon increase by thirty-five thousand dollars.

Members of the Cass family lived in that home until 1999, when it was sold for eight hundred thousand dollars. However the family that purchased it then eventually decided to move to Alaska.

In 2004, current owners Frank and Jeanne Cretella bought the place for under a million dollars. Jeanne and Frank are childhood sweethearts who grew up in the neighborhood, so it is only fitting that now they live and love in this home.

The house is designated in an “L” shape with a workspace and carport (which has now been converted into a garage). The entryway proceeds down three steps into a sunken living room. There are four bedrooms to the left and a dining room and kitchen to the right. There are also two bathrooms in the home.

The only changes the Cass family made was to add a pool in the 1970s but fear not that work was supervised by Morton Delson, the man who supervised the original assembly of the home.

Catherine Cass petitioned and got Crimson Beech designated a historic landmark in 1990.

The Cretella Family has, however, made some more drastic changes to the layout of the house. They converted much of the built in storage space, added a bedroom downstairs for their daughter and a wine cellar in the hidden lower level of the home. Outside there is now a large patio. They took down one of the smallest bedrooms in order to create a master for themselves. But most importantly they totally renovated the kitchen adding in a commercial grade stove and stainless steel appliances. They also raised the room’s ceiling and opened up the small doorway that was previously there.

While these details are important to the home owners, none of this is visible from the street which is where I stood. Because it is a private home I was only able to recall the details of the interior from articles I have read. I was really tempted to ring the door bell but I resisted. I was happy just to drive by and take it all in. Sure I managed to take a few photos as well. 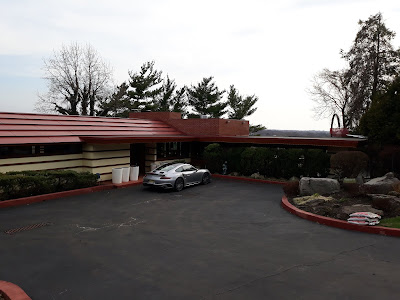 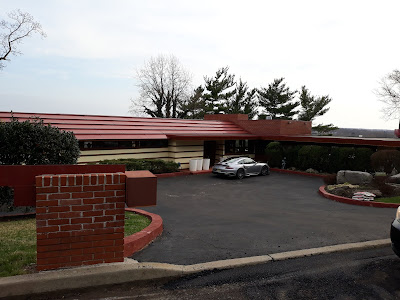 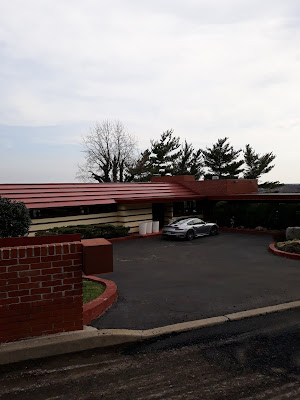 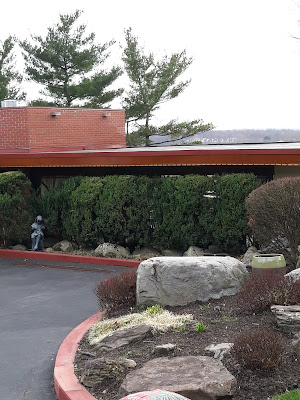 I am still impressed by Frank Lloyd Wright’s visionary mind and how cool the story of how this house came to be is.

Despite not knowing about this FLW structure in Staten Island, there are other Wright treasures in NYC. For starters there is the Wright designed Guggenheim Museum. There is also the original living room from the Frank W. Little house, in the Metropolitan Museum of Art, which was previously in Minnesota. Two years ago, there was a Frank Lloyd Wright exhibit at Museum of Modern Art.

But after finding out about the Crimson Beech house, I had to wonder - are there other FLW hidden gems around me?

Turns out the answer is yes!!

While they too are privately owned, they are:
Needless to say these homes are already the first items on next year’s annual to do list.