For the Newest Pizzeria in Town: “F & F Pizzeria” 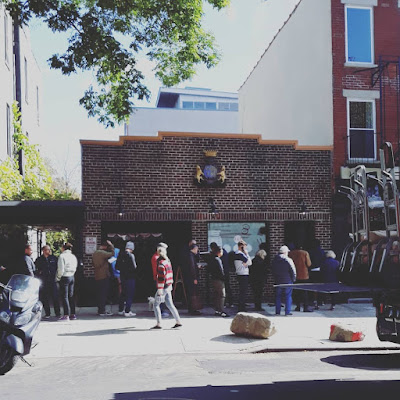 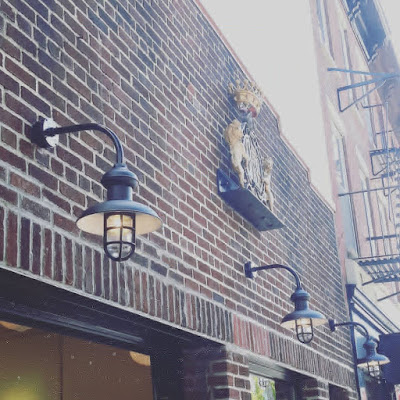 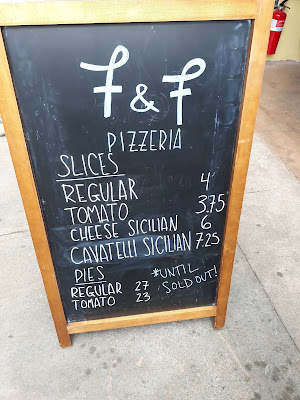 Did you ever have a such a delicious meal that you couldn’t wait to return for a second helping?

I am luck enough that this has happened to me several times.

The only downside is that I am constantly on the lookout to cross new places off my list. I have the same problem when it comes to traveling. I want to see new places but also revisit those that previously stole my heart.

In Carroll Gardens, Brooklyn, there is one block where you can literally eat some of the most delicious food you have ever tasted. Way back in 2015 I crossed Frankies 47 Spuntino off that year’s annual to do list.

That meal surprised me by how deliciously unexpected it was. My family still talks about their meatballs to this day. We have always meant to go back but somehow it didn’t pan out. 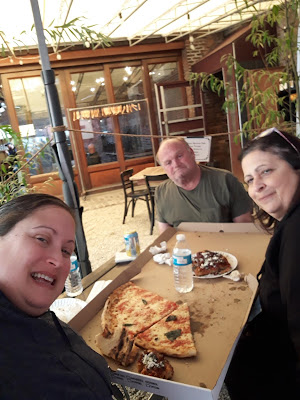 Recently we decided to return to the block of the Franks, that is Frank Castronovo and Frank Falcinelli. These two, best friends, now own three restaurants on this block: Frankie’s 457, F & F Pizzeria, and Franks Wine Bar (they also own Frankies 570 restaurant in the West Village). 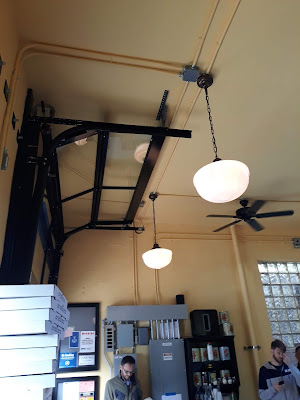 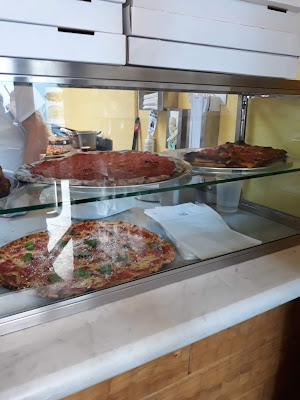 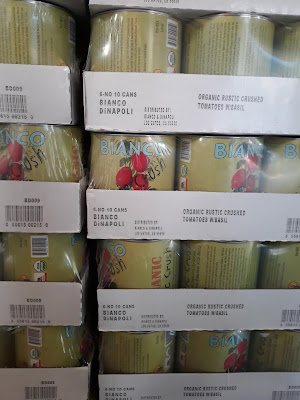 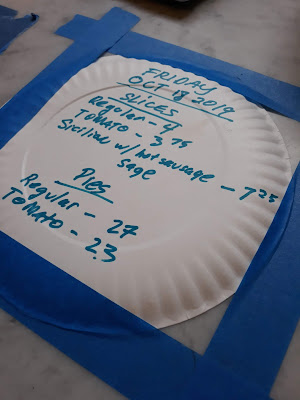 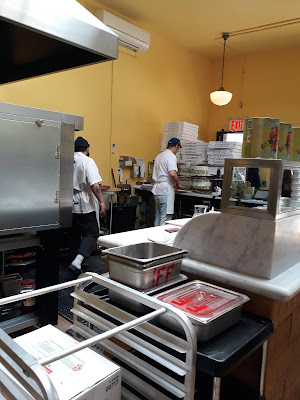 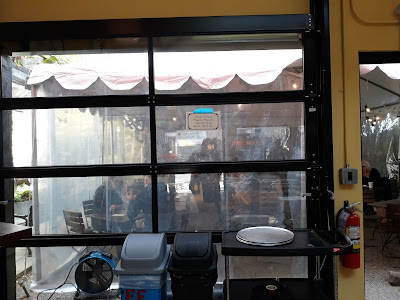 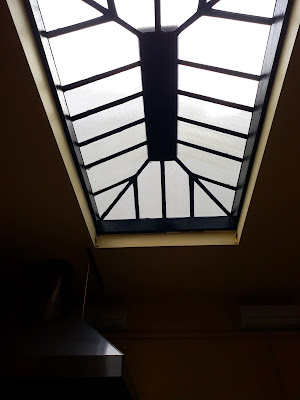 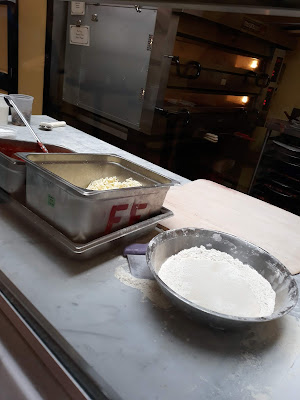 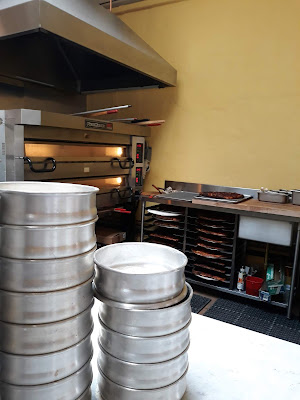 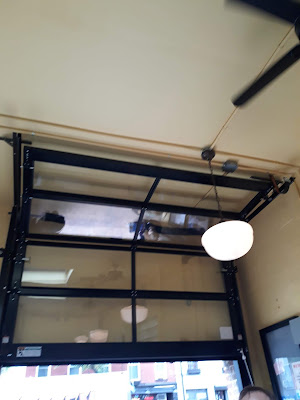 The pizzeria is brand spanking new, opened the first week of October. It is housed in a former auto-body garage and much of the architectural design remains in tact. F & F Pizzeria is the brainchild of the two Franks along with two men infamous in the pizza community: Chad Robertson of San Francisco Tartine bakery and Chris Bianco of Phoenix’s Pizza Bianco. 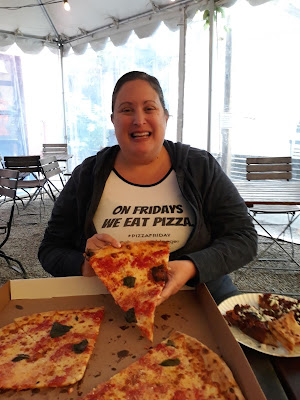 Needless to say this combination of talented foodies garnered much press. Everyone who loves pizza and Brooklyn seemed to be stopping by. Shortly after my visit, during the first few weeks after they had opened, Jimmy Kimmel set up shop on the block while he was in town for his annual shows.

The Franks are chefs, not pizzaiolos and really wanted to have experts in the field consultant with them on their latest project. The pizzeria is using Robertson’s dough technique which is grain that is milled every two weeks, along with hydrated dough, and a natural sourdough leaven. After being hand mixed, it is fermented two to three days. This process is supposed to make it easier to digest.

Chis Bianco is a name I am very familiar with. Upon my first trip to Phoenix, Arizona (blog pending) last December I made it my mission to visit his Pizza Bianco and had the most incredible white pizza topped with arugula.

Bianco grows his own organic tomatoes in California which F & F is using exclusively. The Franks are using their own sourced olive oil that you could find in Whole Foods or on Amazon if you are in the market. I have had their cookbook on my wish list for a long time.

So after all of this hype, how was the pizza (you ask with bated breathe)?? 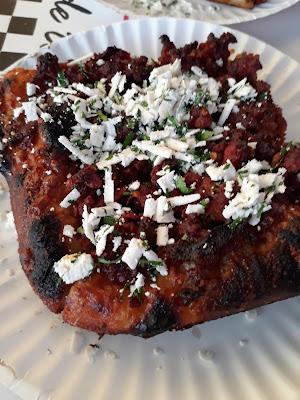 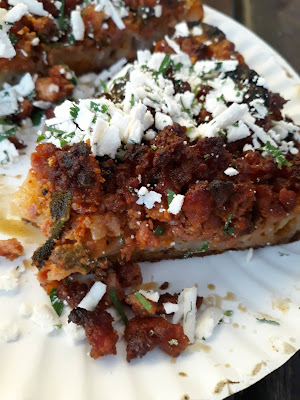 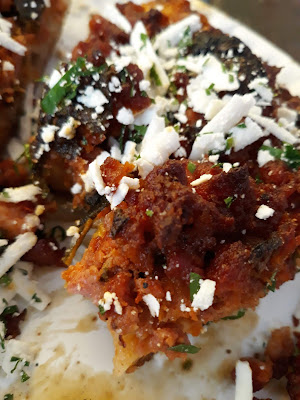 The first slice I was really excited to try. Considering they only have three types on their menu: regular, Sicilian, and tomato, I was really excited to see the cavatelli Sicilian listed on the chalkboard outside. It was something they had been experimenting with and I had just seen in it on Instagram the night before my visit. 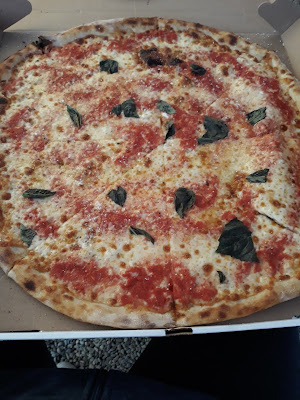 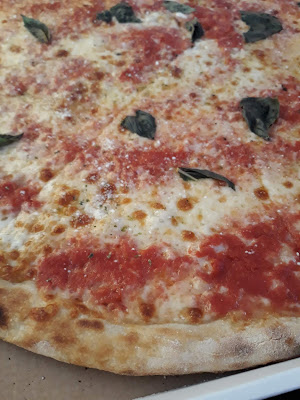 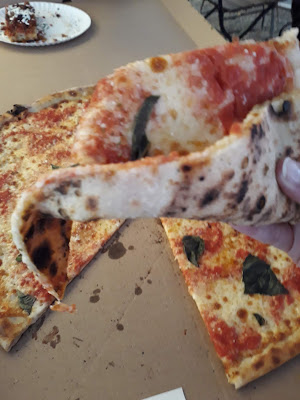 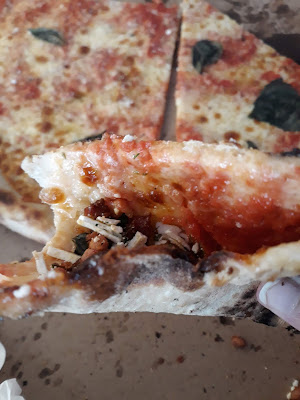 F & F took the cavatelli and spicy sausage dinner from Frankies 457 and turned it into pizza. I was even more excited when I realized they were topping it with grated ricotta salata on top: aka my favorite cheese of all time. The kind man behind the counter informed me that this is the way they finish the pasta dish so it only made sense that they did the same on the slice.

The slice was not my cup of tea. I am not a fan really of cavatelli or spicy sausage and this didn’t even seem to resemble pizza to me except for its shape. I took a few bites, ate the cheese off the top, and put it to the side.

As for the regular slices??

It was okay. Really it was.

But I swear I have had this slice before, perhaps even more than once.  Most recently at Williamsburg Pizza. But also maybe at New Park Pizza. Better yet it was like these two slices had a baby named F & F Pizzeria.

The slice here was thin but hearty, doughy but with a crispy, chewy crust, and a parmesan flavored sauce. It was basic; next level basic that is.

The thing is slice shops are nothing new. Growing up in Brooklyn every pizzeria in my neighborhood was a slice shop and also a full service restaurant. I feel like the pizza industry has grown so fast and has such intense competition nowadays that we have to divide between those where you can only get slices versus those were you can sit down and take a load off.

It all started when we were stunned that tacos and mac n’ cheese could be pizza toppings. Then we were wowed by just how large some slices could be. Now the newest thing is to have a place where there is no seating, no service, and just features a regular slice. A slice that has become all too familiar, especially when you are starting to see those famous for their pizza joining forces.

While I liked my slice, and the line moved relatively fast, I have no need to ever return.

That being said if I am ever in the area sometime soon it will be for that meatball sandwich, it really was a thing of beauty.