For Pizza A Knot Above the Rest: “Krave It” 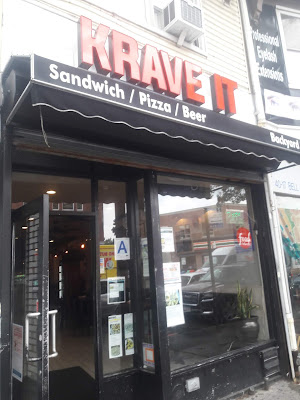 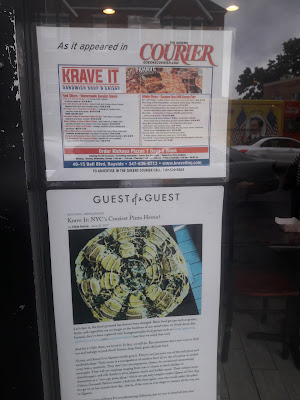 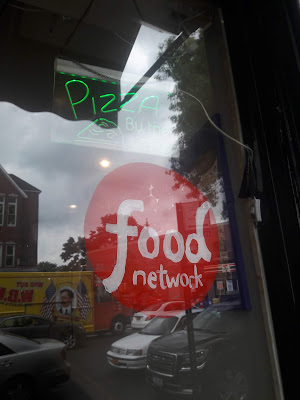 Another day, another slice of pizza.

It is almost becoming hard to keep track of. 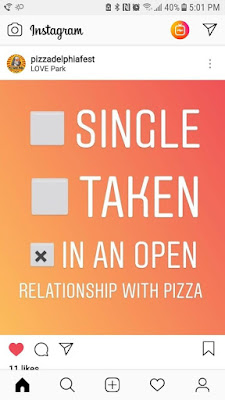 The last time I shared about a new pizzeria I had visited was after I went to Tony Boloney’s.

But now we are moving from Hoboken to Bayside.

Krave It might be the most perfectly named restaurant I have ever been to.

While I went there to celebrate #PizzaFriday, they have a very, very large menu of many delicious sounding sandwiches, salads, soups, and entrees. 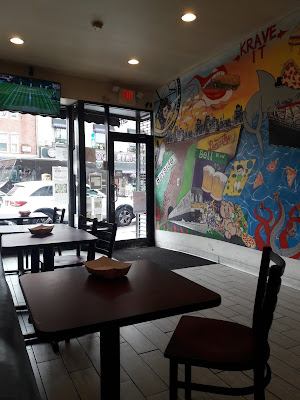 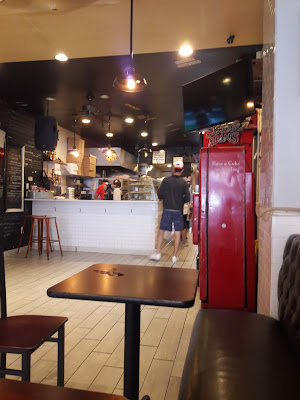 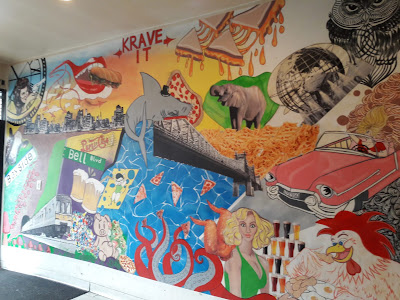 But when it comes to pizza the list of possibiltles are endless. To prove that point they have the writing all on their walls.

Though the choice of what to order could be difficult, I went in with a plan and avoided all temptation to ponder the alternatives. 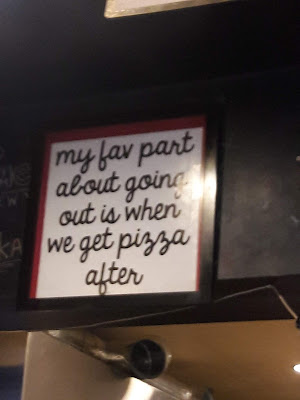 Once again I have Instagram to thank for this find and for helping me decide what to order.

On some long ago random evening, I was scrolling through my feed and came upon something I had never seen before: a pizza with a garlic knot crust!!

I was stopped in my tracks.

Shout out right now to SkinnyPigNYC whose account provided me with this glorious sight.

I was soooo intrigued I looked up Krave It so that I may too have this special foodie experience. It was only days later that I made my voyage there.

Krave It opened in 2005 by power couple Vishee and Jenna Mandahar who have created an establishment that overwhelms you with its charm and character as soon as you walk in the door.

Once you do you’ll want to make a beeline to the counter to see what has already been prepared. Trust me the choices will astound you. I was tempted by so many of the slices I saw. 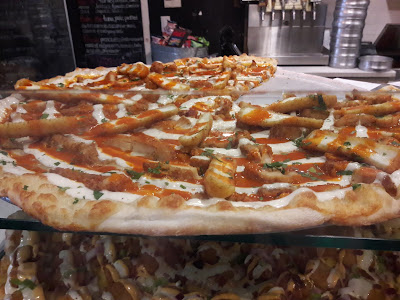 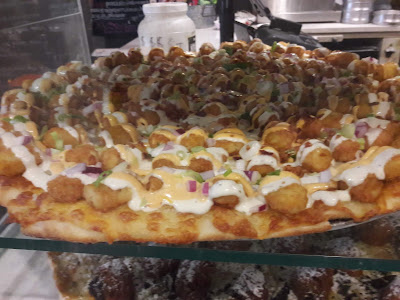 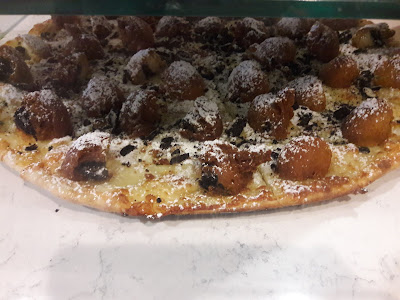 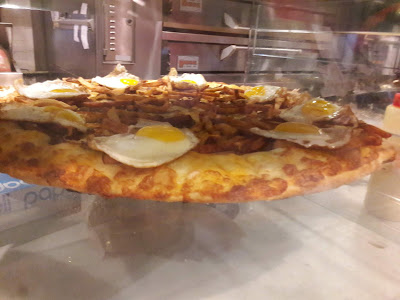 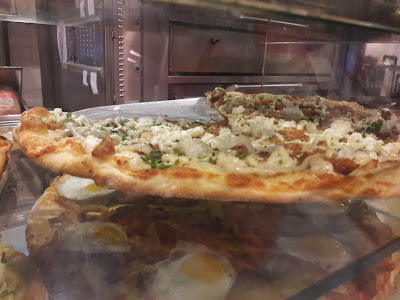 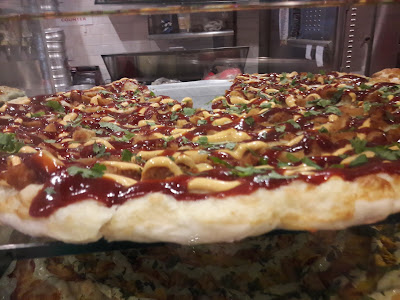 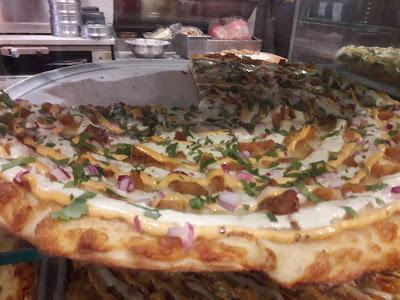 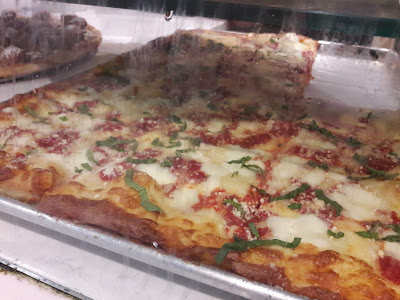 There was the pie covered in tater tots and chipotle ranch sauce, another, a dessert pie complete with fried Oreos (I would have had to try it if they were topped with zeppoles), and even one topped with eggs and bacon. This last one looked fake, like something you would find in a Fisher Price kitchen.

There were several that looked quite tasty but had too many spicy elements of which I could not partake.

If your around in November you can try another Krave It original; the Cran-Slam. It is a pie made with fresh roasted turkey, stuffing, cranberry sauce, and mashed sweet potatoes.

If you are more into soul food you will find a pizza with fried chicken and waffles.

More of a New Englander? Not to fret you can order a pizza with clam chowder on it.

There is even a pizza on their menu that finished with a sprinkle of Cool Ranch Doritos.

As I waited for my Margherita pie with garlic knot crust to bake, I tried a seemingly regular slice with sweet bbq sauce atop with mozzarella, while my pizza partner in crime a.k.a. my mother, tried a slice covered in truffle oil and breaded chicken.  Both were incredible but I would have liked more mozzarella sticks on mine and could have done without the bbq sauce. 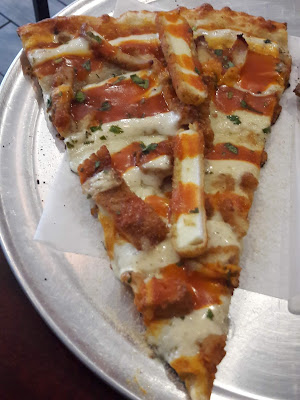 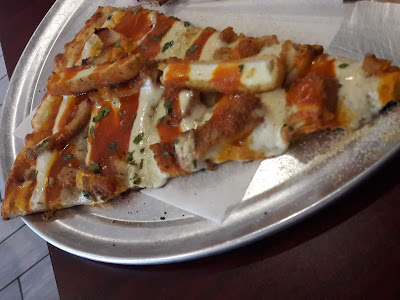 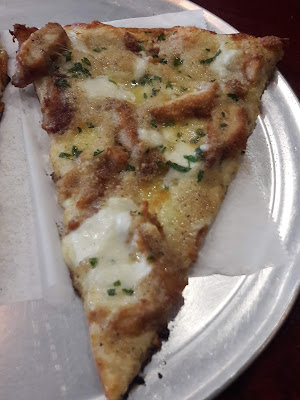 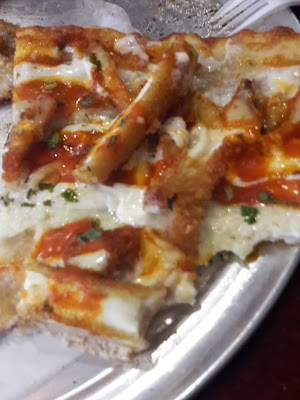 Once my pie was ready I couldn’t resist having a slice right away despite already being full. 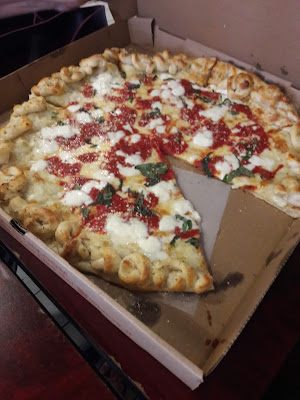 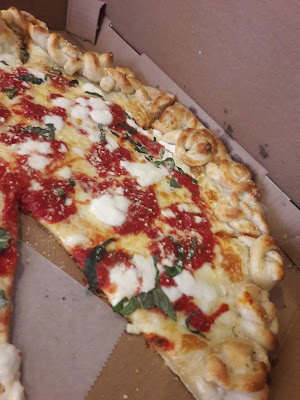 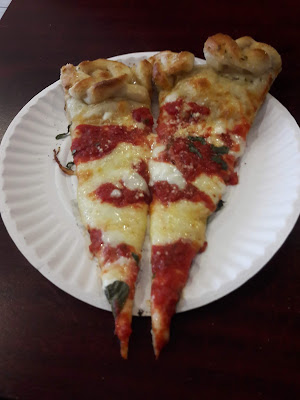 A Margherita pie is already one of my favorites but here I was able to tear off the crust and dip a garlic knot into the sauce. The knots themselves weren’t greasy so they were the perfect accent to a simple but speciality slice.

With all the kinds of creative pizza out there I feel that aside from those already on my to do list I needed to create a separate pizza list which you see above.

This list is mostly based on what I have seen on social media but I am looking for suggestions. I hope my followers will reach out and let me know what pizzas I need to try ASAP and why. 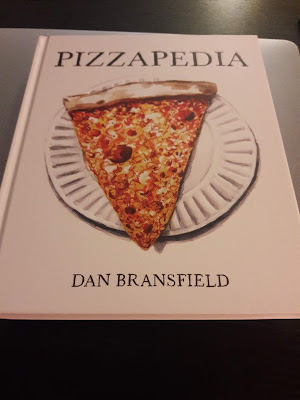 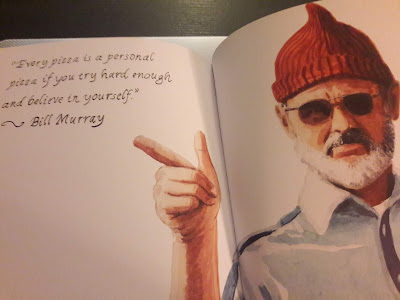 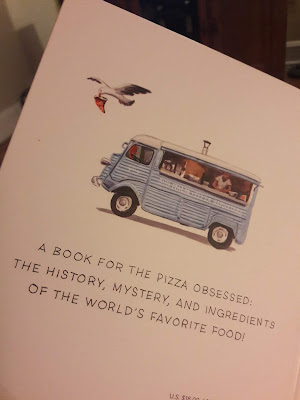 I look forward to many, many more slices of unique pies, especially considering there are nineteen more #PizzaFridays left this year, including tomorrow.