For the Bronx’s Answer to Your Local Bakery: “La Salle Bakery” 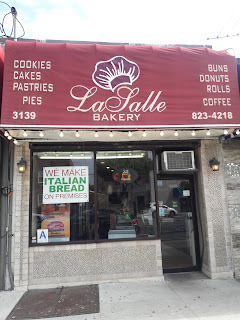 Now that we got our fill of pizza - ok I will never get my fill - but still I feel like its time to turn our attention to desserts. Oh, and I just remembered some more pizza.

But first, the desserts. 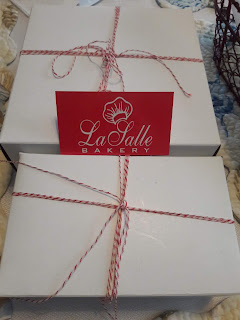 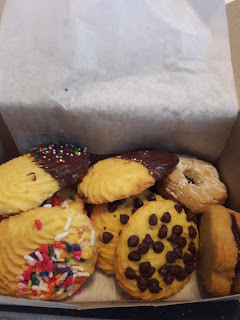 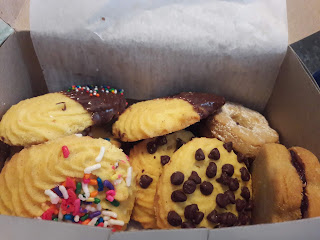 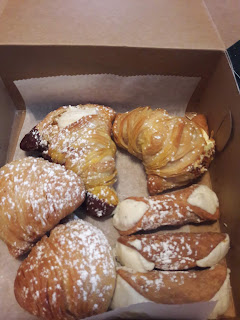 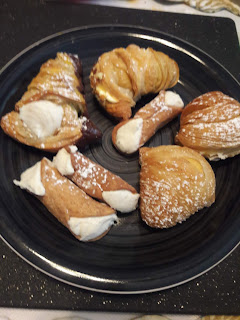 La Salle Bakery has been on my to do list since 2017 (https://bit.ly/2C5mFHy) and there it remained this year (https://bit.ly/2JSFq4u). But alas it will not be there next year! That bitch has been crossed off!!

It was my cousin’s very bright idea (and I mean that sincerely) for me to taste what I have been craving. On a recent visit to my house she suggested that she could bring some goodies from this bakery over because it was near her home, and she was coming over for Sunday dinner.

That thought nearly brought me to tears. First because she was making an effort to go out of her way, and second because she remembered reading it on my blog. It turns out it really is the thought that counts.

But so does the pastry.

Since we were having a family dinner at home she brought us some cookies and pastries for after. I was very excited so the photo shoot began immediately.

The first treat I sampled was a raspberry filled shortbread cookie. It was a bit dry but tasty. But what really had my full attention was the small lobster tail making advances towards me. 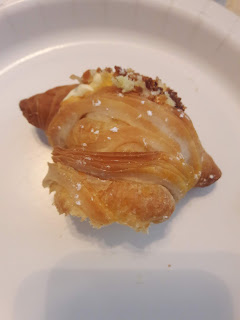 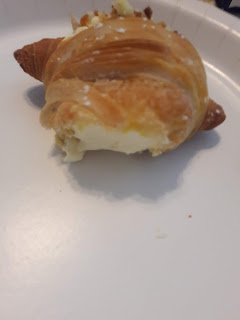 The bakery by my house where I get my annual birthday lobster tail sells only one size. But La Salle’s sells miniature ones. Theirs also had some nuts on the end. I found their custard cream rather delicious as it had a cheesy like constancy. I devoured the entire thing in an instant.

One of the lobster tails I would like to revisit someday soon during a fall visit to Little Italy, is at Ferrara’s (https://bit.ly/2NCkooq). I wonder what I will think of it the next time since its been a whopping seven years since I have had it on my lips.

Back here in Brooklyn the following day, I managed to eat the inside of one of the cannolis that remained, but I am not really a fan of those in general.

In an odd coincidence I found myself in the neighborhood adjacent to La Salle Bakery a mere two days after sampling these treats. I couldn’t resist a pop in to see it for myself. 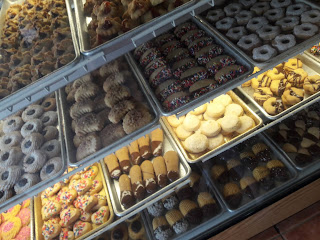 There were more cookies, cakes, donuts, and breads than I have seen in one location in a long time. I did notice that they took debit and credit cards, served many kinds of coffee, and even made numerous omelettes for breakfast. These are all of the things I wish my local Italian bakery did. La Salle got many things right.

Since there was no chance I was walking out empty handed and I felt overwhelmed by my choices, I went with my gut. And my gut saw the several varieties of pizza on their counter.

Can you guess what happened next?

When my cousin had visited she had mentioned seeing these personalized deep dish pizzas and how good they looked. Boy she was right. And there were so many kinds. Since I was making my #dinneralaDonna #ravolisurprise that night for dinner I decided they would make a great appetizer. I opted for a plain and a spinach, you know to get those greens in. 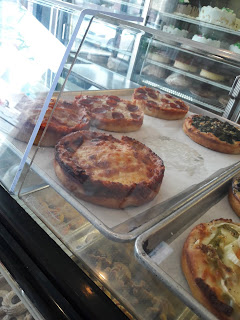 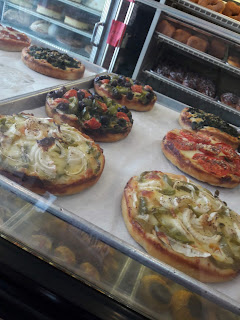 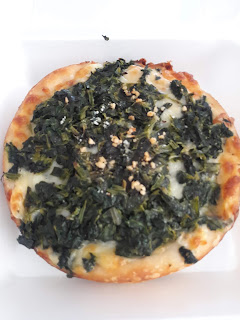 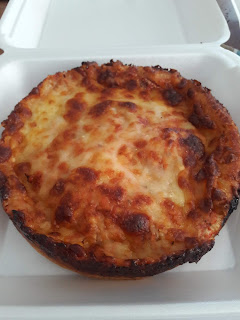 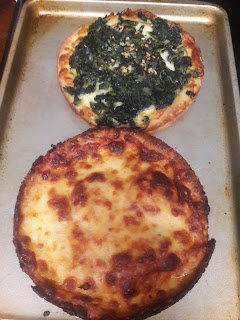 When I heated them up later that night they were unbelievable. They were so good and satisfying my family ended up eating them for dinner and I put most of what I made away for the next night.

The mini pizzas are for sure La Salle Bakery’s pièce de résistance.

The bakery once owned from 1935 - 1975 by Jake DeMaria, has since been operated by former employee Mike Manni and his family. Mike grew up working in the bakery and after finishing college took the opportunity to purchase the bakery from his former boss to keep the traditions alive. Mike and his family eventually bought the building and several nearby spaces which helped expand the thriving business.

Customers near and far are surely appreciative of the quality of a local business that continues to supply them with just about anything they are craving.