For Find Out Friday - Who is Dick Wolf’s Original Wolfpack? 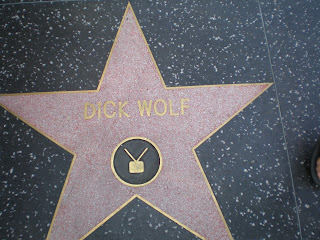 I am a hard core Law and Order fan.

Only recently have I added Criminal Minds (https://bit.ly/2LpbBEJ) to my network crime show repertoire.

But I remain loyal to the brand that made me a fan of the genre. Thus I owe much to its creator, Dick Wolf.

Dick Wolf is a very popular name for anyone doesn’t live under a rock. He has been a major player behind several series on NBC, which is now truer than at any other point in time.

There are currently four shows on that channel (Law and Order SVU, Chicago Fire, Chicago PD, and Chicago Med) as well as Cold Justice which is on Oxygen. I am an active viewer of all of these are shows.

Cold Justice is in a league of its own, solving crimes and bringing justice to victims and their families in real life. This work alone seals Dick Wolf’s legacy for me.

But when it comes to Wolf Film Productions the list of successful shows continues.

Chicago Justice (NBC) survived only one season but I was getting really into it. They were building character back stories that tied into the original Law and Order series and that was really interesting. I am glad that the main characters I was responding to made it on to SVU to keep the fictional legacy alive as well.

This past year the limited series Law & Order True Crime: The Menendez Murders had a run and I believe it was the only Dick Wolf creation I could have done without. The cast was unbelievably talented but the story is tired. Lately the true crime genre has been leaning towards stories from the past but I think that is exactly where they should remain.

Additionally on Oxygen is Criminal Confessions where we get a behind the scenes look at police interrogations that render confessions.

A&E’s Nightwatch, another reality based show that focuses on EMTs in Yonkers, New York, Austin, Texas, Tucson, Arizona and Baton Rouge, Louisiana who work the night shift and the drama that ensues.

These are two shows of his I have never seen.

Coming this fall, but to CBS, is a new Wolf series entitled F.B.I. will take us into the New York Field Office of this policing branch. It will be the first series of Wolf’s to premiere on another major (non-cable) network in over fifteen years.

Dick Wolf is a native New Yorker, which I realize is why he can write us all so well. He is also a December baby just like yours truly. 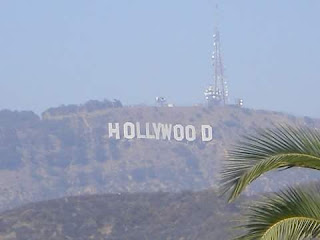 He began his career as a copywriter in the advertising world. He eventually met Oliver Stone, who was still early on in his screenwriter’s career and the two collaborated on a few projects. Afterward, Dick Wolf made the move to L.A. to pursue his passion.

Dick Wolf has been married to his third wife, Noelle Lippman, since 2006 and they have one child together. He has three other children from a previous marriage: Olivia, Serena, and Elliot. Do any of these names sound familiar?

Despite the personal life of Mr. Wolf, there was much more to his professional life that I was unaware of.

For instance he is a published author.

He has written four books. Three are thriller novels, one a year from 2013 to 2015. The fourth is a companion to the Law and Order series which I have just added to my Amazon Wish List.

This seems like such an incredible feat considering his heavy television schedule.

As if all of this wasn’t enough, Dick has also won an Emmy, and was given a star on the Hollywood Walk of Fame.

This just goes to show you if you can dream it you can do it.

I am proud to be a part of his #WolfPack and fan of #OneChicago.