For an Update on “Adrienne’s Pizza Bar” 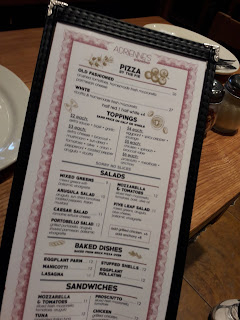 Back in 2011, the first year of my blog, I listed all of the places that make NYC a place I love (https://bit.ly/2Hdl0lj). Similarly they are the reasons you should come and visit to see why I am right.

When it came to food I had a simple list of musts. In the seven years that have past there are many more I would add but interestingly enough none I would remove.

Although I have been there countless times I haven’t been in the last couple of years. With all of the pizza I have been trying lately I was curious. Would it still hold up?

Adrienne’s serves an array of Italian favorites as well as a thin crust individual size pizza. But what they are best known for is their square panned pizza. It is like Detroit style pizza had a baby with a Sicilian pie. It is square, but not doughy, but does not have thin crust either. It is its own special entity in the pizza world. 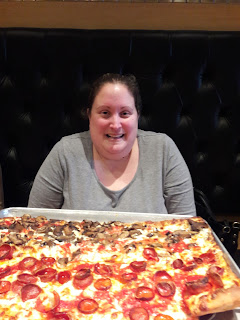 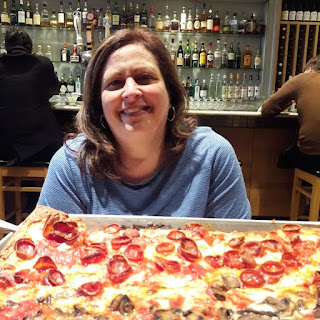 Adrienne’s Pizza Bar was created by Harry and Peter Poulakakos who coincidentally own the nearby bar Ulysses, which I have also had many fun nights at. When Adrienne’s opened in 2005, the financial district had been brought to a great halt due to the events on September 11, 2001, but I am proud to say that the city that never sleeps has made a full recovery. Not only have classic downtown restaurants managed to keep up their business, there are many new exciting places for tourists and locals alike to try.

It was a gorgeous Friday afternoon when I revisited and this place was beyond packed. They had set up tables in the alley way just as the other restaurants and bars do on that block. I opted for a table inside and was seated right away. 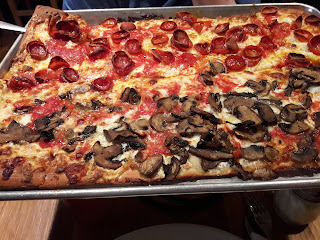 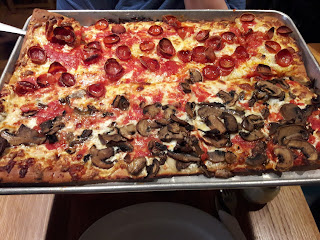 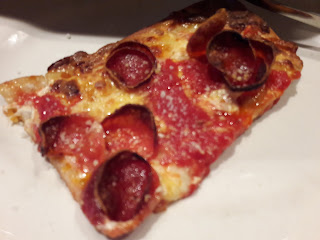 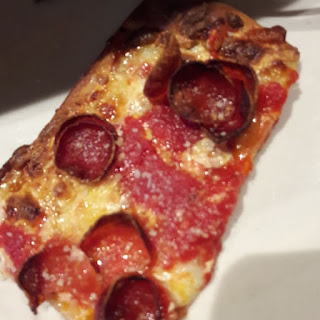 Since I was revisiting a place I loved I also ordered my usual; an old fashioned (square) pizza with half-pepperoni and half-mushrooms.

When that piping hot pan was brought to our table, it looked and smelled as good as I remembered. I was also pleasantly surprised it tasted just as delicious. The mushrooms appeared to be cooked ahead of time - my new must for mushrooms on pizza. I also loved how the pepperoni was slightly charred and shrunken, just how I liked it.

The pizza itself was a perfect blend of soft, crunchy, and salt all rolled into one delicious bite. I had at least half of the pie, which is easy to do when you work at one slice at a time.

My experience at Adrienne’s was exactly as it hoped it would be.

I now know that once I like something, I can stand behind that statement for almost a decade.