For a Slice of Pizza New Haven Style, Part I: “Modern Apizza” 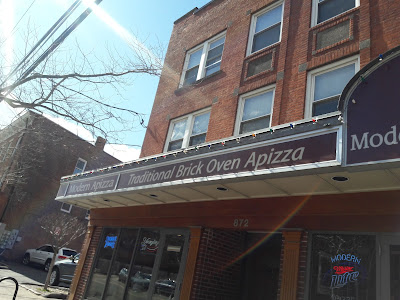 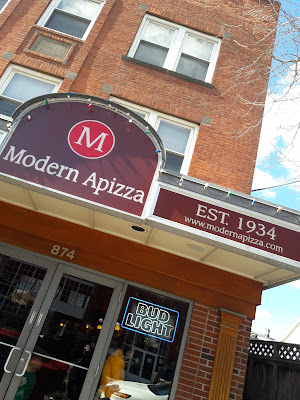 As if an afternoon of eating pizza in Coney Island wasn’t enough, and it wasn’t, the very next day I was headed out on a planned outing to New Haven.

New Haven pizza is called “apizza” no matter where you have it. It is pronounced “ah -beetz”. When I say this I feel it necessary to make a hand gesture. It feels more Italian that way.

Apizza has a serious game in New Haven. I first heard about a place called Sally’s Apizza and how legendary it was. I was so convinced that I had to try it, that this location made it on my most recent annual to do list (.

As you will see through these mini two part New Haven pizza blog, Sally’s Apizza still remains on my to do list, but not for lack of effort. 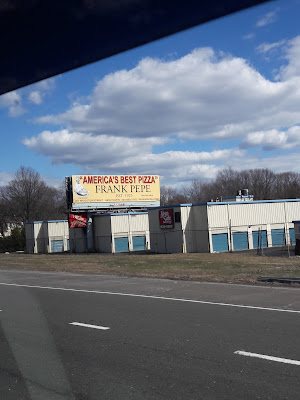 I am no stranger to New Haven, Connecticut, or pizza from this region. I have been to two of Frank Pepe’s locations; Hartford in 2013 and New Haven itself in 2016. Frank Pepe’s is credited with bringing Naples style pizza to this region and his remains a favorite whenever I am nearby.

If you read my recent blog about Best Pizza than you known I am a fan of Frank Pinello and the show he hosts “The Pizza Show”. It was there where I learned about two other apizza places that I needed to try: Modern Apizza and Zuppardi’s Apizza. Taking the suggestion I planned accordingly and planned to try all three of these and compare.

After picking up my cousins so that they could tag along for a delicious day, (my mother per usual was in tow) we were off to begin our day at Modern Apizza. 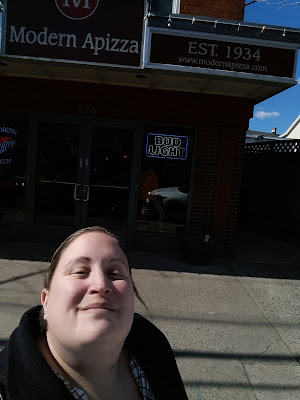 Modern Apizza opened in 1934 and way back then it was known as State Street Pizza. It got its new name from Bill Pustari who purchased this restaurant thirty years ago. From the lines outside you can tell whatever they are serving up is worth waiting for.

I was starving and couldn’t wait to get in. My party of four waited about twenty to thirty minutes for a table which I thought was reasonable. I have waited at least that long to get into Frank Pepe’s before. I also firmly believe in patience as a virtue when it comes to pizza. I had been waiting weeks to try Modern Apizza so another half hour wasn’t going to break me. 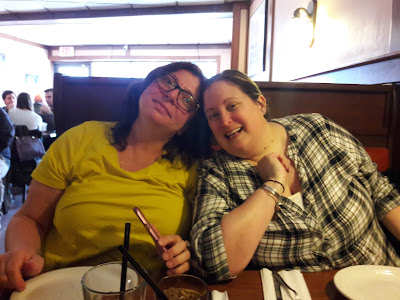 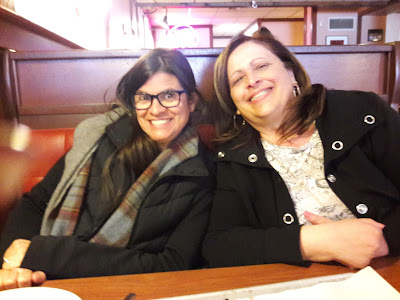 The restaurant is a large and the staff was working really hard to sit everyone as fast as possible. In fact it is something that Pustari prides himself on, especially on those nights when the line can be up to ninety people deep.

That is not to say that the service isn’t good. Our waitress was happy we were here blogging and researching New Haven pizza and gave us her best tips.

There are a few things New Haven pizza is know for. The thin crust pizzas are cooked over a coal burning oven and are purposively charred on the bottom. Although at Modern Apizza they are using wood fired ovens to achieve those char marks.

The other important mainstay is the tomato sauce on top but not necessarily cheese.

I know its shocking but true.

After looking at menu I also came to realize that New Haven pizza can be brave. I saw American cheese listed as a topping! That blew me away.

I looked all around but I didn’t see anyone nearby that had ordered one. I was so curious.

Modern Apizza’s speciality is their so-called Italian Bomb which is a pie comprised of bacon, sausage, pepperoni, mushroom, onion, garlic, and peppers on a base of mozzarella, and tomato sauce. Thrillist says this is the reason to go to Modern Apizza and is the reason why its on their list of New Haven’s top pizza shops. 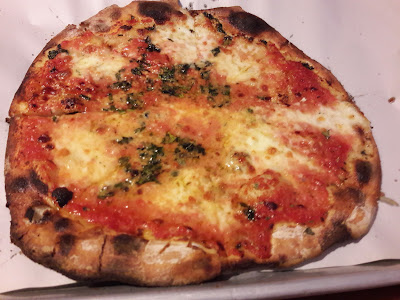 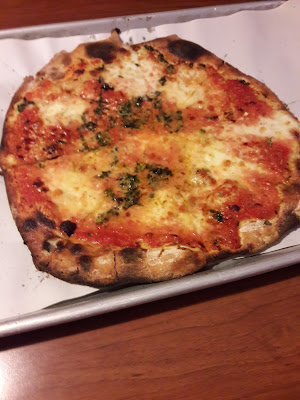 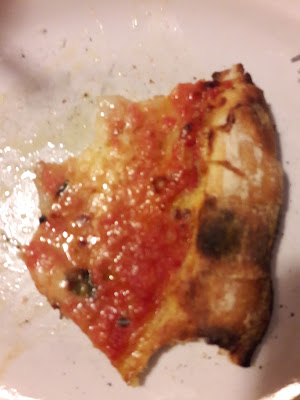 Modern Apizza’s appeal is so large it has now spread to the locations they have opened in Seattle, Denver, Kentucky, and Raleigh-Durham, North Carolina.

Another big seller is their clam (casino) pie. I had my taste of that during that first 2013 trip to Frank Pepe’s since he was the man that made that pie famous. That variety is now present on just about every menu in New Haven.

I didn’t try either of these here. Instead we ordered a Margherita pizza.

The Margherita  pie is one of my favs and it was rather good here. Because of the thin crust cooking in a wood fire oven, it is made super fast. Such a plus.

I thought the pizza was rather good and liked that it came with a fresh dash of Parmesan cheese on top. But then again I like cheese. A companion felt it was too parmesany, however I do not feel like that could ever be a thing.

The crust was good, crispy but chewy. Although I think my ultimate favorite crust was found in Totonno’s (https://bit.ly/2vsQkqN).

None-the-less this pie was devoured rather quickly and we were off. I still had two other pizzerias to hit up.

Eater rates Modern Apizza number one out of all New Haven apizza.

To see where I rate it you’ll have to keep on reading.