For Find Out Friday - Why Do All Boat Names Begin With Nazi Like Initials? 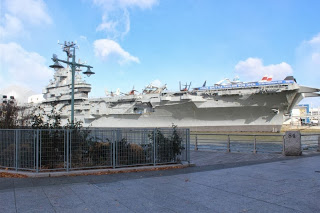 I have always wanted a house that had a name. You known something fun, playful, and catchy sounding that reminds anyone who reads it of me. I don’t have the name picked out just yet, I guess it will depend a lot on what the house looks like and where it is located.

While I have no plans to ever own a boat, those who do share a similar affinity for naming their possessions using phrases and names of those closest to their hears.

Names aside, I find that most boat names always begin with the letters “SS”. I might be alone in this but when I read that specific letter in doubles I am transported back in time to Nazi Germany. Those soldiers are the only thing that comes to mind. Naturally that is not a happy thought. Nor I imagine what someone who just doled out a lot of money for a prized possession wishes to conjure.

So why, I wondered, are those letters used? And what do they stand for?

I figured that had to be a good explanation.

Of course I was right.

The “SS” in front of a boat’s name stands for “Sailing Ship”. If the ship has two diesel engines or more that makes it a “Steam Ship” landing it yet another pair of SSs.

When you see “USS” those initials declares that particular ship as part of the United States Navy, but only while its in commission a.k.a. active duty.

Such is the case with the former U.S.S. Intrepid that is now docked in New York City and is open as a museum (https://bit.ly/2qwmQ5P).

According to the U.S. Coast Guard:

“A name for the vessel composed of letters of the Latin alphabet or Arabic or Roman numerals and may not exceed 33 characters. The name may not be identical, actually or phonetically, to any word or words used to solicit assistance at sea; may not contain or be phonetically identical to obscene, indecent, or profane language, or to racial or ethnic epithets.”

Thus many ships are dedicated, by the Secretary of the Navy, for persons, actions, or places that are significant for the times or to honor moments in history. In times of war, it is commonplace to honor those involved.

Other initials used before the actual name of a ship or boat, can be a symbol of what it’s duties are. A few examples are MV (Motor Vessel), SY (Sailing Yacht), RMS (Royal Mail Ship), and HMS (His/Her Majesty’s Ship).

Despite the lack of I ambition I have to live a large part of my life on the water, I do however like the way "SS TQOFE” reads.