For the Store That Is The Epitome Of An Afternoon Snack: “Milk Bar” 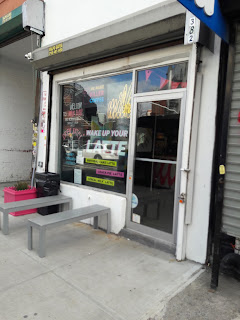 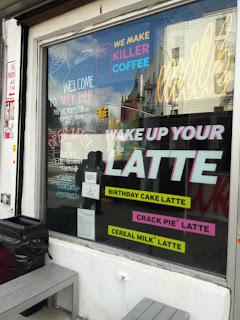 It all started with crack.

Crack pie that is. And my favorite topic of all time, Anderson Cooper (https://bit.ly/2qbiul1).

At the time he was filling in for Regis Philbin, back during the Regis and Kelly days of daytime television. He was talking about this amazing pie that got its name because it was so delicious it could be addicting as crack. I have never had any (of either) until I tried the pie very recently, but my relationship with the woman behind it goes way back. 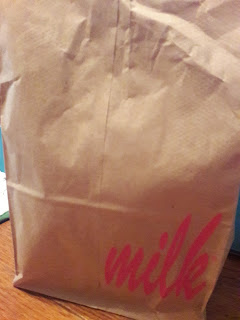 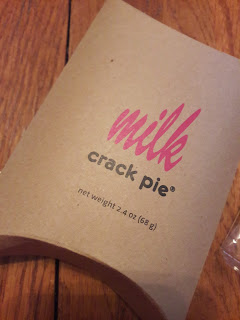 Christina Tosi is the woman behind the Milk Bar empire and a woman I admire greatly. Her business has been greatly successful for over a decade building her business from the ground up. She began early on selling soft serve ice cream, working her way up to opening very small stores that sold her delicious desserts.

When I say small I mean small. The first time I tried to her location in Midtown, I walked by several times before I had to call and ask for specific directions from the spot I was standing on (https://bit.ly/2Es0eZ0). It was that discreet. But we all know hidden gems always taste better a la Secret Eats with Adam Richman. 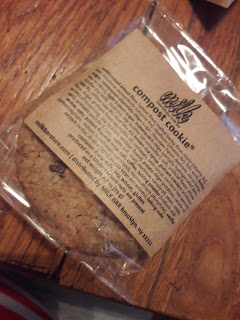 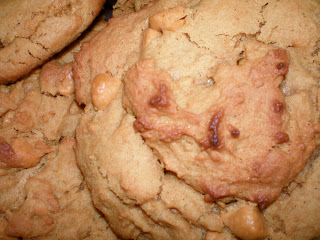 Back when I first visited I was there for one reason and one reason only: the compost cookie. It is a cookie that has potato chips and pretzels in it, amongst other ingredients like chocolate and butterscotch chips. It is probably the best cookie I have ever had. As a person who does not like overly sweet concoctions,  this cookie offers something for everyone. I still have not heard of any other cookie that combines sweets and salts the way the compost cookie does. Even better, after all these years the flavor is just as good if not better than I remember.

My most recent visit to Milk Bar came as a surprise. I was in Williamsburg on a #pizzafriday after a much anticipated wait to eat at Best Pizza (see next blog) when I learned there was a Milk Bar down the block. I couldn’t resist stopping by to sample some old friends.

Once again I was lost despite using Google Maps and having the address memorized. Something about these places want you to work for it before you reward yourself with something yummy. After I found it (it literally blends into the block) and walked in I was greeted by the best smells! It was like a I walked into a Willy Wonka bakery. It instantly made me want to eat everything they had. Instead I just ordered a confetti cookie, a compost cookie, and a slice of crack pie, to go.

If you are so inclined to drink a latte composed of any of these treats that is also now available. While I am all for a flavored latte I was full of pizza and didn’t think I could picture myself drinking anything I purchased to enjoy later on. 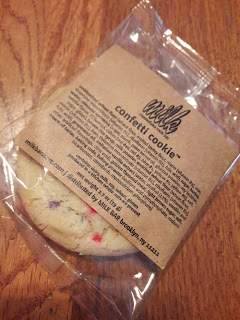 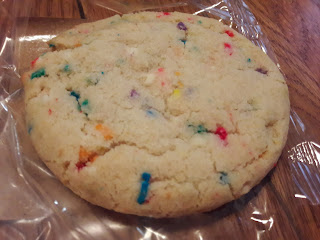 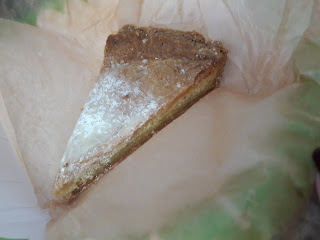 However Anderson was not kidding about the crack pie! I cannot even explain how unbelievably good it was. The slice was very small and at first I was disappointed, considering the cost. But it was surprising in that it took me a long time to finish it. It was very filling and the flavor so rich that while you can’t believe how good it is, there doesn’t seem to be the need to stuff it down your pie hole. Thus I believe it has magic powers.

Christina Tosi is a James Beard winner and is the only pastry chef to win the James Beard Rising Star Award.

If you like Chrissy Teigen want to test out your Milk Bar skills at home, you can buy the cookbook on the Amazon link below.

However, I have now learned that since 2012 Milk Bar baking mixes have been for available for sale, easily purchased at your locale Target. I think that is where I will begin my own compost cookie journey the next time I have a craving.